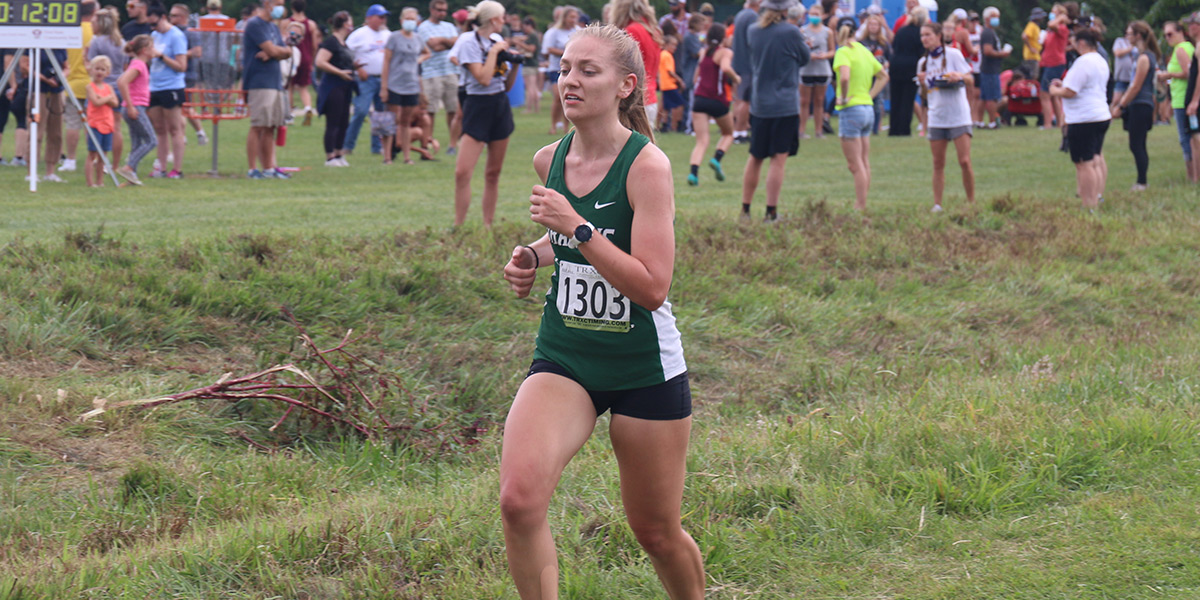 The Dragons Cross Country team performed well in the Farmington Postal, with senior Devin St. Clair finishing in second place at the meet.

The Ste. Genevieve Dragons varsity Cross Country team put in some impressive performances at the Farmington Postal Meet on Tuesday.

One of the Dragons’ stars was senior Devin St. Clair, who finished in second place of 61 runners with a time of 10:23.33… almost five full seconds ahead of the third-place finisher.

Head coach Sierra Boyd praised the effort from all the boy’s runners after the race.

“To see Devin, Levi, Nathan and Mason all run times under 11 minutes was great,” Boyd said. “Corey really pushed himself and had a good race too.”

The Dragons were able to bring home some impressive results on the girl’s side as well, best among them came from sophomore Cylie Carlson. Carlson finished 18th out of 46 runners with a time 13:43.69.

Carlson said that a key difference for the Dragons’ success was the team’s laid back approach into the meet.

“This meet felt unlike other meets because everyone seemed pretty relaxed,” Carlson said. “The two-mile race went better than expected, so I was pleasantly surprised by the results.”

On the girls side, Boyd said after the race that she was very impressed with the results for the first time running this distance.

“Cylie, Dakotah, Alison, Hannah and Serena, it was good for all of them to get experience racing the 3200 because it was the first time they raced it,” Boyd said. “They all ran a good race.”

Overall, Boyd said she was astonished by the team’s performance in the Farmington Postal.

“The whole team really impressed me,” said Boyd. “Everyone on the team should walk away happy with their races.”

The Dragons will look to keep their momentum going at their next meet on Saturday, Oct. 3, when they head to the Cape Notre Dame Invitational.