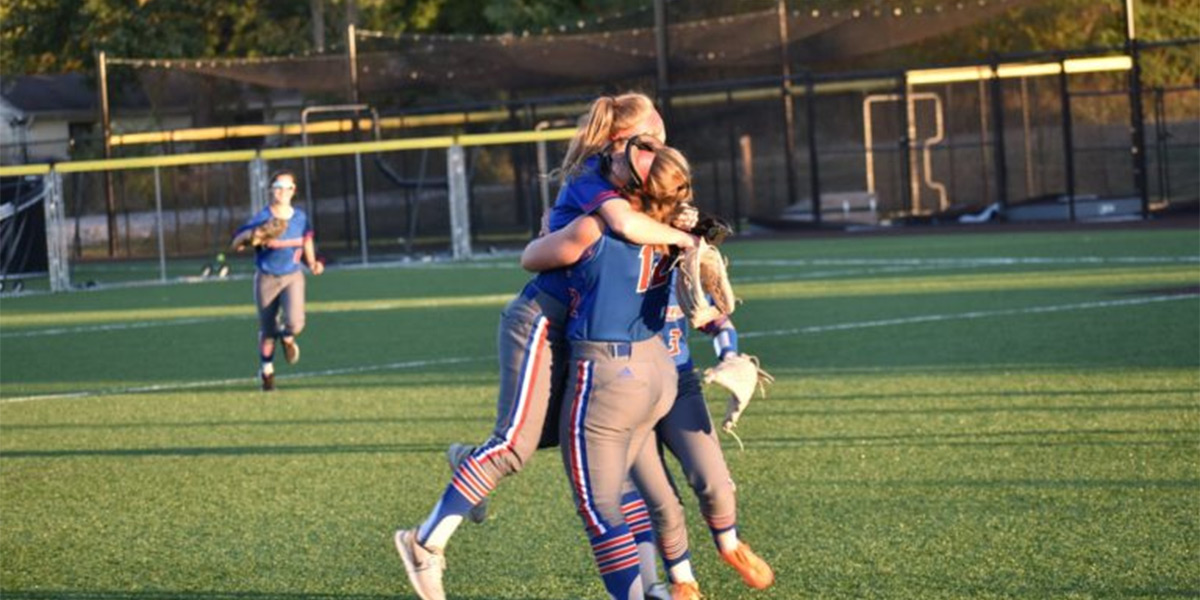 Hawks Blow Out Jefferson Behind Perfect Game From Eckrich

The Hillsboro Hawks crushed Jefferson R-7 15-0 behind five RBIs and a perfect game from Elly Eckrich.

The Hillsboro Hawks rolled over Jefferson R-7 behind five RBIs and a perfect game thrown by Elly Eckrich.

Eckrich started her huge day early. She hit a single to center field that scored Alanah Dunphy. The next at bat, Ellie Bartlett hit an RBI double that made it 2-0.

The Hawks continued to pour it on the next inning. They capitalized on two costly Jefferson mistakes and scored two more runs, giving them a 4-0 lead.

“We scored some early but then put it on cruise control and just couldn’t get the bats going until the sixth inning,” head coach Kevin Lucas said. “Lucky for us, Elly Eckrich was on it as she threw a perfect game with 13 strikeouts.”

The offense fell dead silent in the game for both sides, until the sixth inning came around and the Hawks exploded for 11 runs. It began with an Eckrich single that scored Lauren Nichols. Then Bartlett doubled and Dunphy and Hailey Genge were able to come around and score. Jefferson fumbled an error that pushed a run across and one batter later Abby Clay crushed a two-run homerun. 11-0 Hawks.

Later in the inning, Maya LaPlante hit an RBI-single. Eckrich slapped the cherry on top of the blowout with a three-run homer to make it 15-0.

“Every time I take the circle my goal is to put my team in a position to win,” Eckrich said. “If I can help drive some runs in at the plate it’s an added bonus.”

Eckrich was 3-5 at the plate and had a team leading five RBIs. Bartlett was 2-4 with three RBIs. Eight different Hawks were able to hit their way on base at least once.

If a homerun and five RBIs wasn’t enough, Eckrich was absolutely lights out in the circle. She threw 62 pitches in six innings, allowed no hits and struck out 13 batters.

Eckrich’s huge game just added to her stellar season totals. She is batting .451 on the season and is second on the team with 13 RBIs. She leads the team with 59 innings pitched and is rocking a 1.53 ERA with 77 strikeouts.

The blowout put Hillsboro at 12-7 on the season. The Hawks will look to keep rolling against Cor Jesu Academy on Tuesday, Sep. 29.

Hawks Blow Out Jefferson Behind Perfect Game From Eckrich