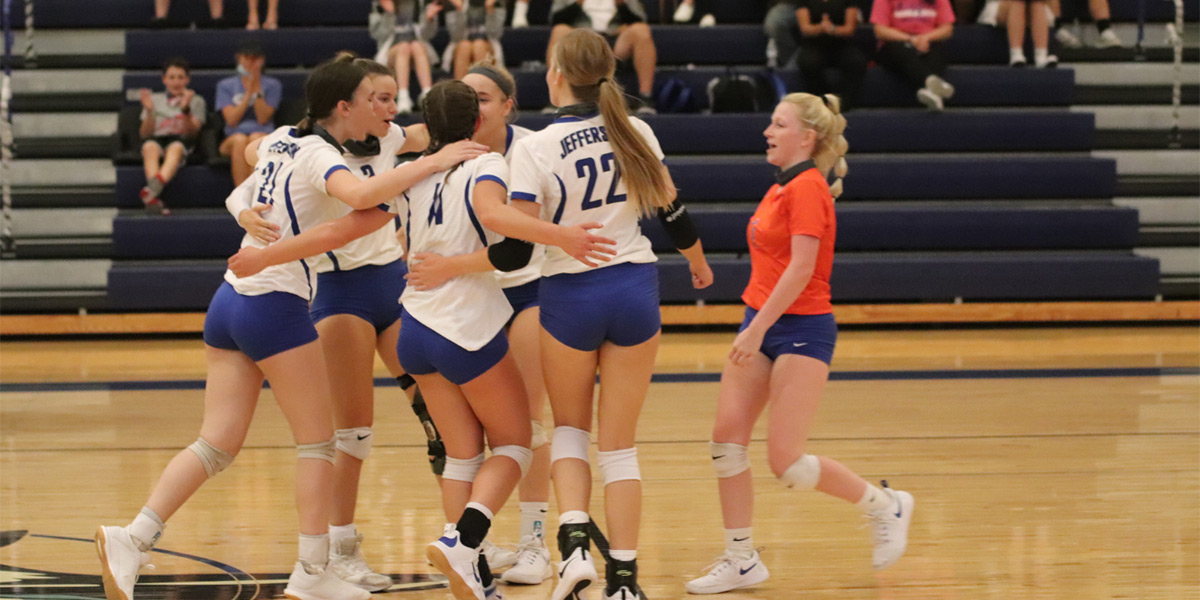 The Jefferson R-7 Blue Jays took care of West County on Monday in straight sets for their third win in a row.

The first set of the match was tightly contested, but the Blue Jays eventually came out on top 25-21. That set the tone for the second set and Jefferson rolled over West County 25-7 to take the match.

“We set some team goals at the start of the game and reached them so we were very excited,” head coach Tara Fish said. “We knew this was a big game being that we are in the same district. “West County had some girls that could swing and definitely hustled.”

“My trust with my teammates is one of the best things I as a setter can have,” Loyd said. “I know that they have to trust me to get them a hittable set so I know I can trust them to get a great swing with a kill out of my set. Trust is key when it comes to any move on the court.”

Laney Smith had 12 serving points and one ace. Mackenzie Rarick was right behind Smith with 9 serving points and also had an ace of her own. Ava Roth registered 11 digs and received eight serves. Roth was named player of the game by KFMO Sports Radio.

“We played bigger at the net tonight which is something we have been working on,” Fish said. “Our defense in the back row was good too.”

The win was Jefferson’s third in a row and brought its record to 5-3. The enthusiasm is radiating through the team and it is showing on the court.

“I feel like we had lots of energy which helped us win these games,” Roth said.

The Blue Jays will look to build off the win Tuesday Sep. 22 against Northwest High School.