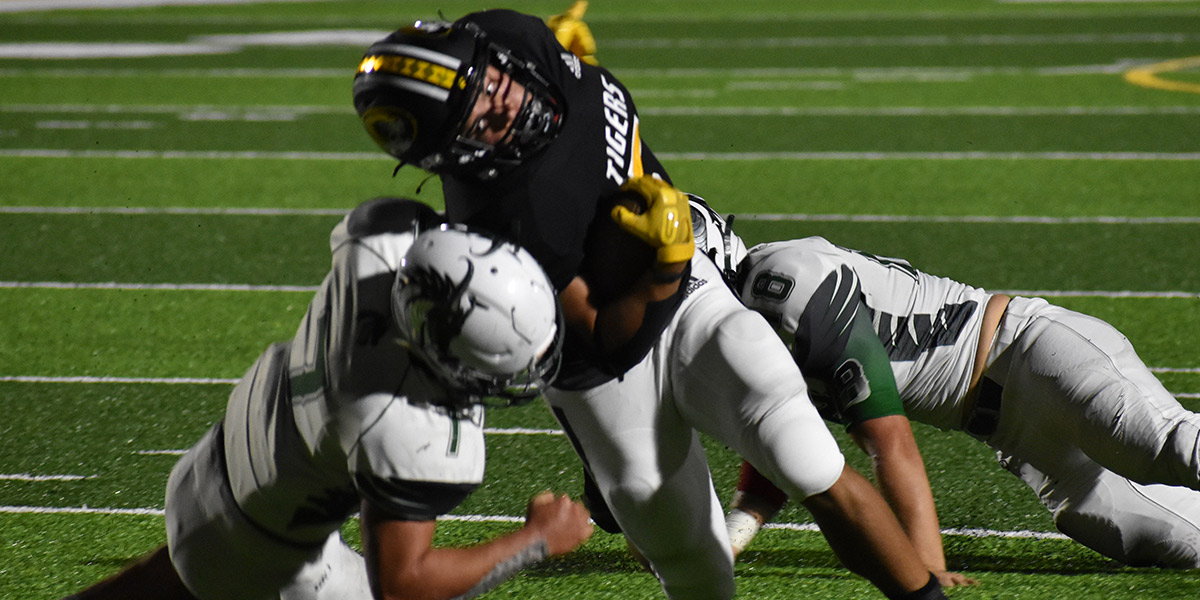 Thirteens are wild apparently in Festus as the Tigers dispatched the DeSoto Dragons 36-13 at home on Friday night.  The Tigers have allowed exactly 13 points in every game this season as they have cruised their way to a 4-0 record atop the conference.

Thirteens are wild apparently in Festus as the Tigers dispatched the DeSoto Dragons 36-13 at home on Friday night.  The Tigers have allowed exactly 13 points in every game this season as they have cruised their way to a 4-0 record atop the conference.

Both teams lied dormant in the first quarter, but Festus blew the doors open with a five-yard run by Senior RB Austin Anderson.  He quipped, “The keys are just playing physical on both sides of the ball, down after down and just believing in what our game plan is.”

That closed out the scoring for the half, as the Tigers led 7-0, but you’ll do well to remember Anderson was not done yet. 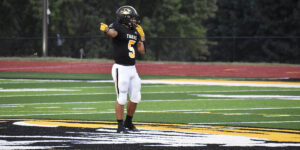 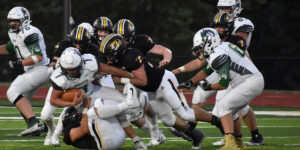 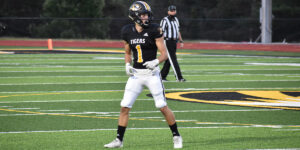 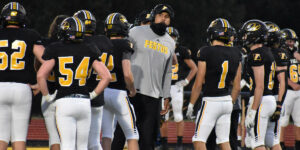 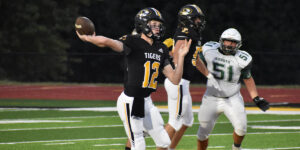 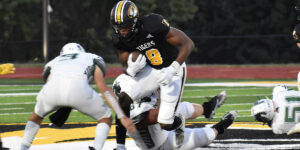 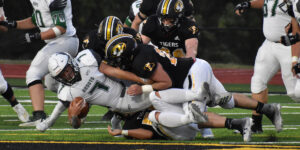 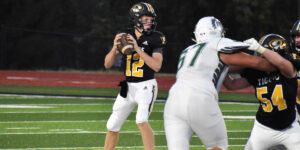 The third quarter was all Festus as well as the Tigers converted on a seven-yard run by Dalten Yates, complimented by a well-executed two-point conversion from Collin Doyel.  This was followed up brilliantly by a 79-yard bomb from QB Cole Rickermann to Daylen Wagoner, who had this to say about his team’s achievements this season: “We try and just focus on trying as hard as we can and giving 100% every play. We also make sure to keep fighting and battling no matter how much adversity we face.”

The two scoring plays, and convincing execution by the defense (led by Eli Ortmann with an astounding 14 tackles) showed very tellingly on the scoreboard that read 22-0 after the third.

The fourth quarter was a melee of sorts as each team scored a pair of TDs, but both seemed to have an answer.  The Dragons finally got on board at the start of the 4th, but Tigers RB Cayden Glaze punched in an 11-yard run to make it 29-7.  Not to be outdone, DeSoto answered right back with another TD of their own, but failed to convert the extra point leaving them with just 13 total points.  And as is its nature, history has once again been repeated.

After an immaculate 90-yard run by Anderson for a touchdown, the Tigers put an exclamation point on their fourth victory and kept the streak alive with a 36… (wait for it) -13 win to jump to 4-0 on the season. 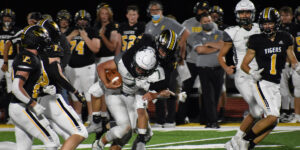 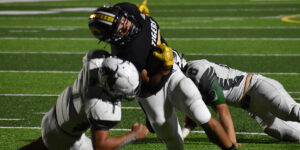 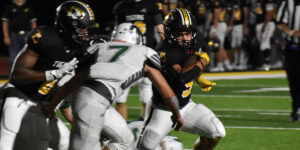 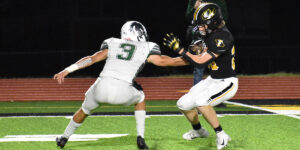 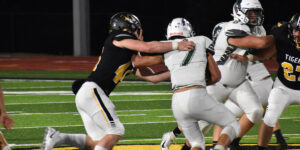 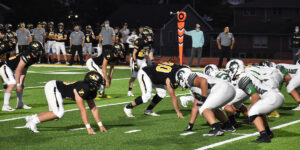 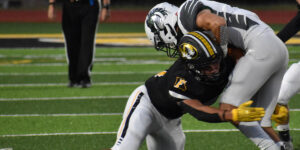 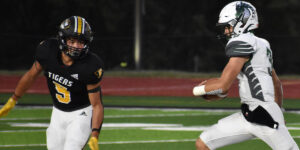 Anderson had an incredible game, breaking lose for 253 yards and two scores on just 20 carries and feels confident about the team’s success thus far.  When asked about the storied rivalry game against Hillsboro next week he had this to say, “To me , winning this game is just another step in a undefeated season. For our team it means a lot to win since we haven’t won against them in so long but we just have to prepare for this game like all the others and not overthink it. For our high-school and community though, I’m sure it means a lot because there’s always been that rivalry and any time you play your across town rival you want to come out with a win so we have the bragging rights until the next time we play.”

Next Friday is about as big as it gets in terms of conference games, undefeated streaks and longstanding rivalries.  Linebacker Luke Shaver previewd the upcoming showdown saying, “I feel like it’s up to me and the other linebackers to help everyone else communicate. They run “iso” so it’s gonna be us linebackers jobs to stop that right out the gate. We are huge rivals but we’re treating this game with the same tough mindset we’ve had for the past 4 games.”

Friday will tell the tale. 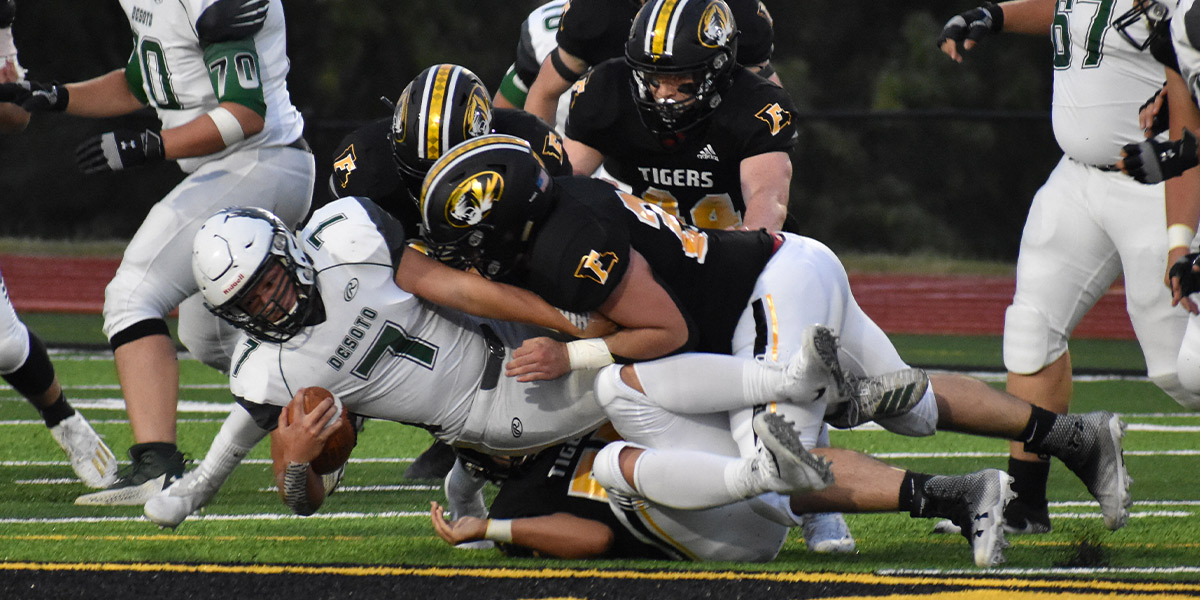