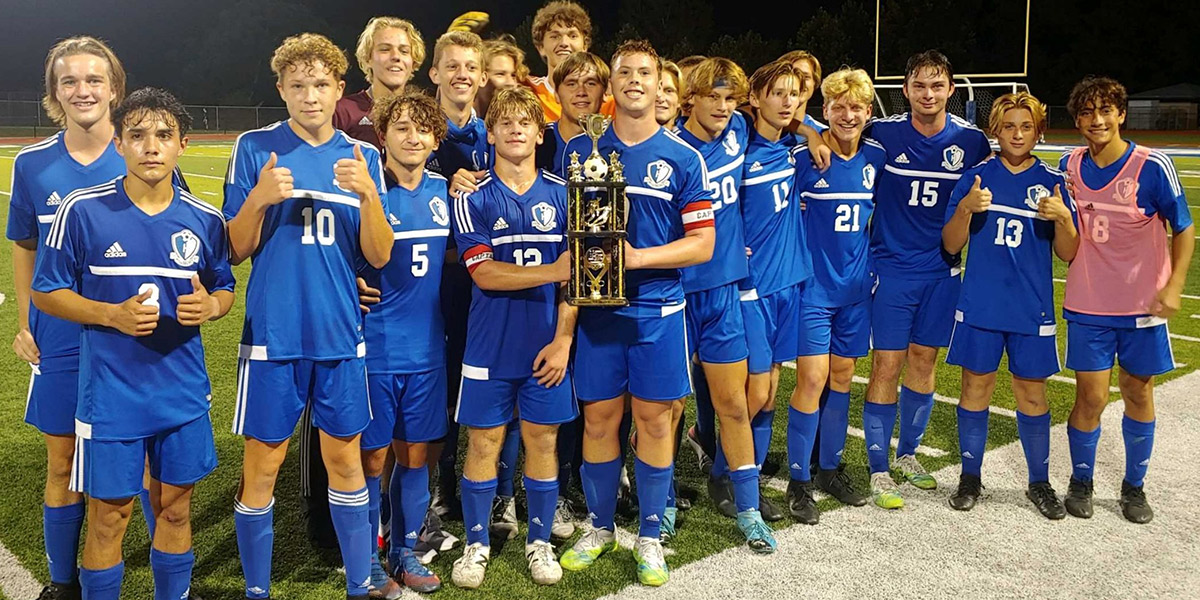 The Hillsboro Hawks won their first game Tuesday on senior night against Desoto.

The Hawks got to work quickly and scored their first goal with less than a minute on the clock. Junior Colton Leonard converted on a penalty kick to make it 1-0.

Later in the half it was Leonard again who scored to extend the lead in the 18th minute. Senior Zach Font got the assist and the Hawks entered the half up 2-0.

However they weren’t done piling it on. Leonard scored his third unanswered goal of the game in the 50th minute off of assist by senior Jacob Bogowith. Leonard’s hat trick put the Hawks up 3-0.

“It felt absolutely amazing to help out our seniors get the win on their senior night,” Leonard said about his big night putting the ball in the net.

Hillsboro scored again in the 55th minute. Leonard did not score this one himself, but he assisted his teammate senior Werner Finder who found the back of the net.

The Hawks fifth and final goal was a special one. Senior Ryan Walker found the back of the net for the first time on the varsity squad. Leonard continued to make his mark on the game and recorded the assist for Walker.

Desoto never scored a goal. Walker put the cherry on top of the Hawks senior night on the way to a 5-0 win.

“It felt amazing to get the first win of the season after all the hard work,” Walker said. “It felt even better that I contributed by scoring my first Varsity goal.”

Senior goaltender AJ Krasnesky made eight saves on the way to his first clean sheet of the season.

“We came out and set the tone and pace of the game,” head coach Sam Nansel said. “It was really nice to watch the boys play their game and work together to make their senior night one to remember.”

The win brought the Hawks’ record to 1-5. Hillsboro will try to build off of an exciting senior night on Thursday, Sep. 17 when they take on Perryville.