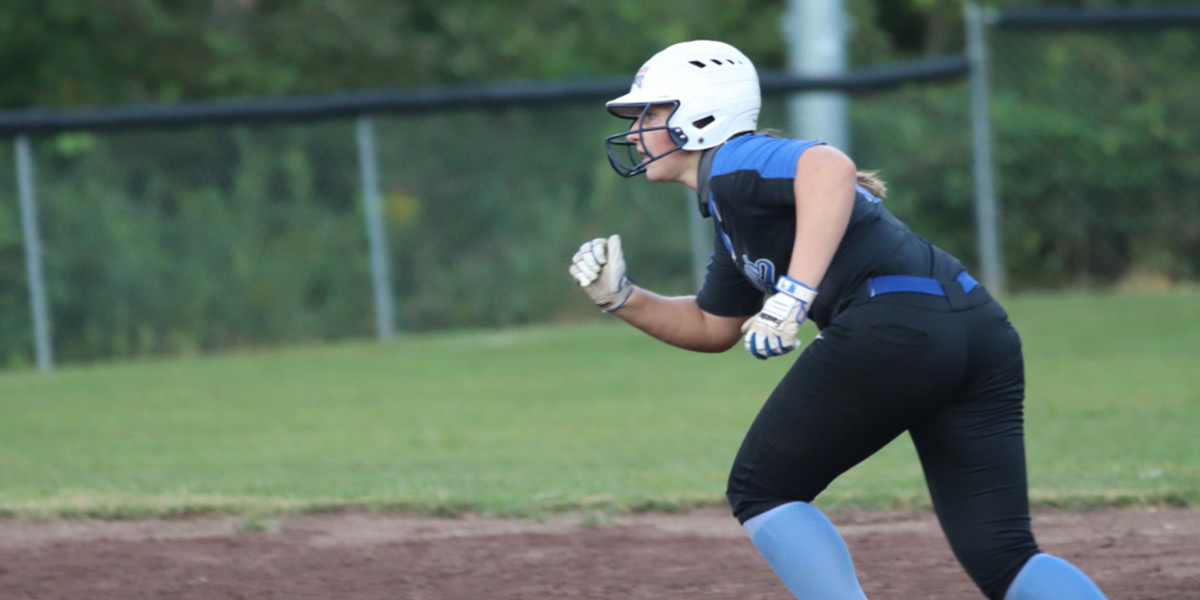 Blue Jays Explode Against Herculaneum then Shutout by Windsor

Jefferson moved to 2-1 after The Blue Jays blew the doors off of Herculaneum in a 13-1 win, then suffered a loss to Windsor.

Jefferson moved to 2-1 after a win over Herculaneum and a loss to Windsor.

The Blue Jays blew the doors off of Herculaneum to start the week in a 13-1 win.

Jefferson was able to get the bats going early and it started with Brittany Bittick. She hit a single and got on base with one out in the second inning. She was then able to steal second and score on an error for the first run of the game. Later in the inning, Allison Cambell stole home as Micah Frost stole second. The Blue Jays left the second inning with a 2-0 lead.

The flood gates opened in the third inning. The scoring started with a two-RBI triple from  Catryn Catoor. A few batters later, Bittick smacked an RBI double to left field to make it 5-0. The damage was far from done.

Herculaneum became spelled by mistakes and Jefferson took advantage. Cambell reached base on an error by the Herculaneum second baseman and two runs scored on the play. Cambell later scored on a wild pitch and Chloe Vaughn was able to advance to third on the same play. Vaughn scored on an RBI groundout from Frost to make it 9-0. The Blue Jays scored four more runs in the inning. Only one of the four was not the result of an error or wild pitch from Herculaneum. They left the third inning up 13-0.

From there it was all but over. The pitching combination of Cami Menke and Morgan Figliolo only allowed one Herculaneum run which came in the fourth inning. The two had eight combined strikeouts and only gave up two hits. Menke was credited with the win. The Blue Jays dominated the Owls 13-1.

“Everybody was focused in on the game and working as a unit,” Menke said. “My pitching was a little rough in the first inning, but I got comfortable and made small adjustments to settle in and throw strikes.”

Coach Robert Kuehnle was pleased with his team’s execution after the win.

“The kids played well tonight and I was happy with a lot of things,” Kuehnle said. “A couple of things I could highlight is the pitching staff and the performance they had tonight with Menke and Figliolo giving us a quality performance and the offensive production of Brittany Bittick.”

Jefferson did not have the same offensive success against Windsor.

Catoor had two hits which led the team. Bittick and Maggie Brunke were the only other two Blue Jays to register hits.

Windsor scored five times in the fifth inning. These were the only runs scored in the game by either side. Megan Payne started and pitched the entire game for Jefferson. She struck out seven, allowed nine hits and five earned runs. Windsor won the game 5-0.

“We hit the ball, just right at people,” Kuehnle said. “The girls barreled up a lot of balls and when it comes to a game like softball, that’s all you can ask for. On the defensive side today we just lacked some confidence, lived dangerously too many times and Windsor made us pay for it.”

This was the only game of the Blue Jays’ season so far they have scored under ten runs. They will look to get back on track offensively against Chaffee Wednesday, Sep. 8.

Blue Jays Explode Against Herculaneum then Shutout by Windsor