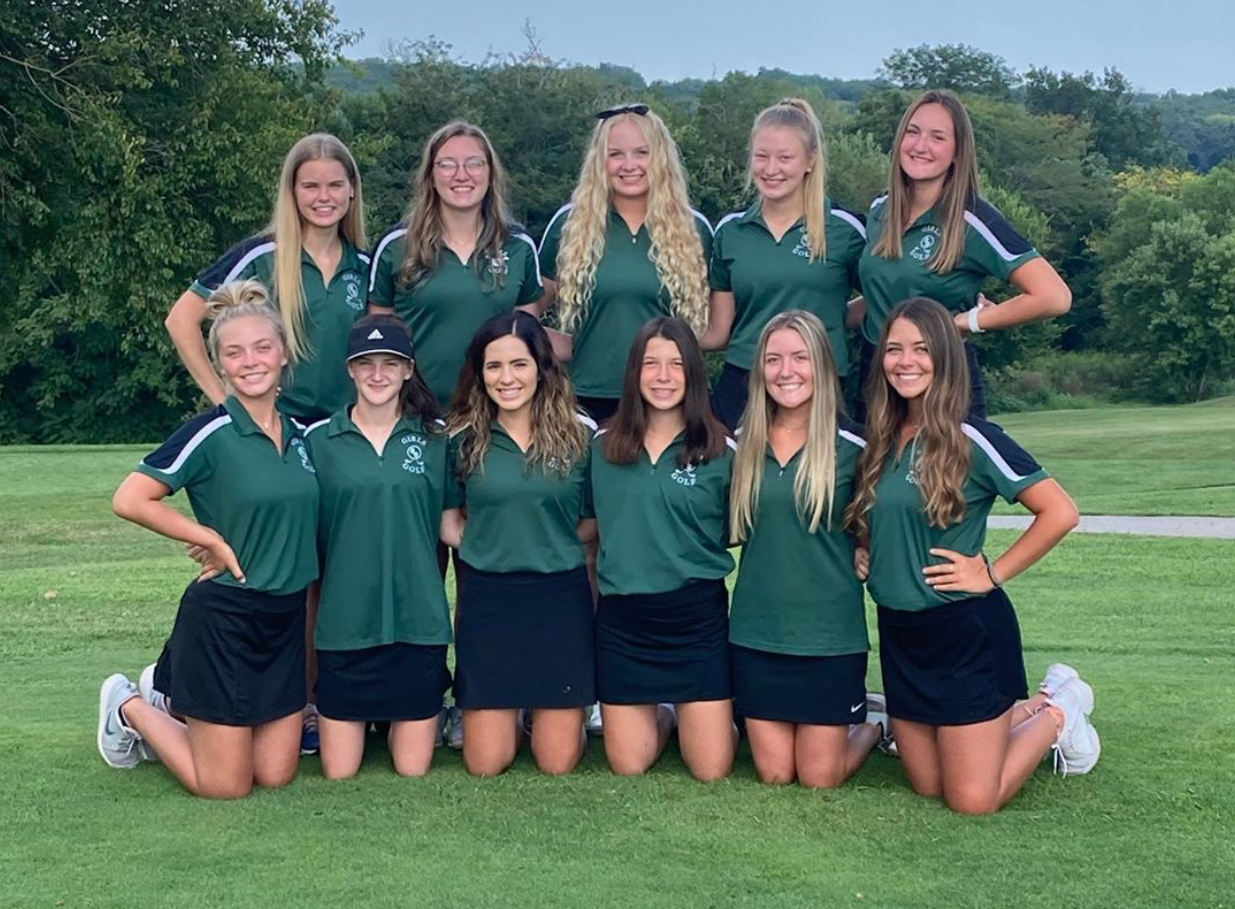 The Ste. Gen girls golf team will take some time getting into the groove this season. But Tuesday’s opener certainly showed the potential these girls possess.

The Ste. Genevieve girls golf team opened their new season Tuesday, taking on Jackson and Cape Notre Dame at Jackson.  The Dragons’ season debut did not go their way, however, as they finished third with a score of 241.  Cape Notre Dame came in second, scoring 207.  Jackson won quite handily, finishing with 166 strokes.

Judging from the Dragons’ performance, it was evident that there is still rust to shake off from the previous offseason.  Head Coach Rachel McDaniel is still very confident that this team has a lot of potential.  “First match jitters were definitely present,” she noted.  “We struggled mentally to stay on our game and play our golf.  They are all very capable with a lot of potential…we just need to tap into it.”

It wasn’t all negative for the Dragons, though.  Etta Heller started her season fairly strong, ending with a score of 53.  Heller admitted that there are aspects to strengthen, but she was still pleased with her performance.  “I definitely have some improvement to make,” she said.  “But I am not mad at my score because I know I can do better.”  Another solid performer, shooting a 60, Boston Williams, knows the struggles are not permanent.  “It was just a bad day and not a bad season,” she said.   “As a team, we all had many struggles.”

Other Ste. Gen performances came from Maggie Myracle and Addie Taylor, who both finished with a 64.  Regean Naeger ended with 65, and Ava Meyer rounded out the varsity scoring with a 66.  Coach McDaniel has very high hopes for each of these ladies.  “Regean didn’t have the day we were hoping for, but now that the first match is out of the way, I expect to see big things from her.”  She also explained how Taylor’s confidence helped her throughout the course.  ”Taylor has to be my most positive golfer on the course.  Her mental game is something to be envied, and she just never gives up.”

The JV team also made their debut.  Brooke Turner, Lani Yamnitz, and Sydney Eisenbeis all started their 2020 seasons.  Turner finished the course with a score of 60, Yamnitz scored a 67, and Eisenbeis, a 72.  Turner felt as if she had improved.  “I did better than my qualifier but still felt as though I could’ve played way better,”  she mentioned.  She is confident the team will get much better.  “Our season is definitely headed towards success as long as we stay hardworking and determined.”

Next up for the Dragons is the 6th Annual Washington Girls Varsity Tournament held at Wolf Hollow Golf Club on Tuesday.  Fifteen teams are scheduled to participate.  A shotgun start begins at 8:00 a.m.