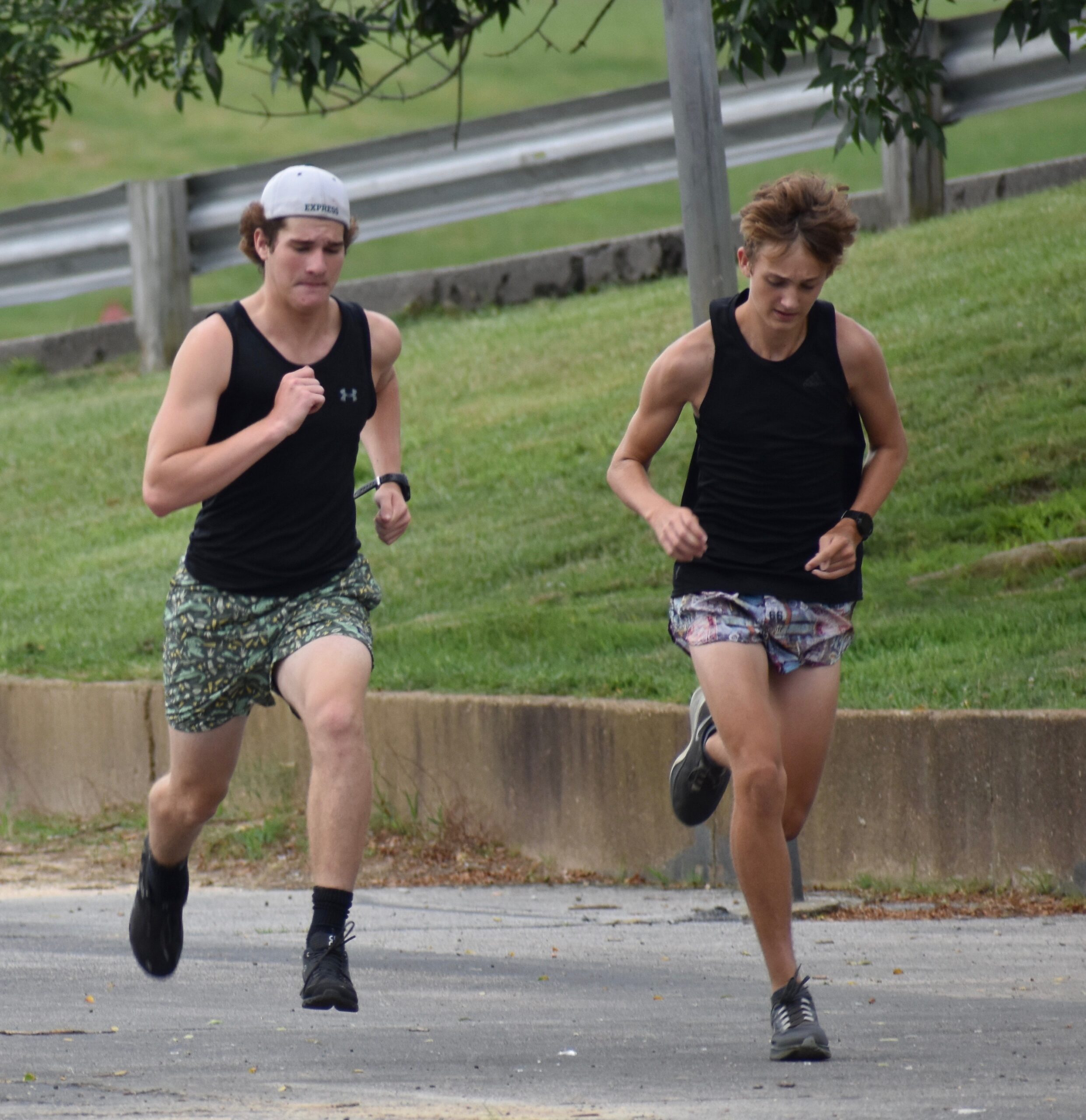 The Hillsboro boys cross country squad finished third at the JCAA conference meet last year with a very young squad. This year, the Hawks will continue the climb to the top of the standings with an experienced, but still young group.

A third-place finish at the conference meet in 2019 did nothing but whet the appetites of the Hillsboro boys varsity cross country team. The Hawks lost three seniors off that squad, but return six runners, with only one being a senior, painting a bright picture for the Hawks future fortunes.

Both the varsity and JV boys finished in third place last year, and despite losing mainstay Michael Wright, along with Donald Holupka and Cid Gansmann, HHS returns strong runners to continue the fight to conference supremacy.

“All of my returners are going to be key components to our success this season,” head coach Tom Gordon said.  “Most, if not all, have been working hard this off season to prove they are going to make some noise this upcoming fall season.  My expectations are to start right where we left off last November.  Last season, we had our ups and downs, but this season I believe we have some hungry runners who are ready to put the pedal for a medal this year.”

Leading the way will be Josh Allison.  Allison was the only Hawk who earned all-conference honors by finishing eighth last season.  He went on to finish 17th at district, and 15th at the sectional competition, earning his way to the state meet.  There, he was 119th with a time of 16.55.  He did all of this in his first year of high school competition, being a freshman.  His sophomore year is setting up to be a continuation of his maturation into the leadership role the team desperately needs.

Along with the senior Wright, Jonah Allison also qualified for sectionals with a 26th place finish at district.  He’ll also be a sophomore this season, along with Jesse Gore, and Gavin Vaughn.  That strong freshman class really set a foundation for years to come.  “Having a solid freshman boys team helped our team finish the way we did last year,” Coach Gordon pointed out.  “Without them, the team would have gone nowhere.  They are a great group of kids, and I cannot wait to see what they bring to the table this year.”

The Hawks also return senior Blake Patterson and junior Tyler Winslett.  “This year I am going to lean on Tyler for a huge leadership role to guide our boys team in the right direction,” Gordon explained.  “Other runners who I am counting on this year for some depth on our team are Blake, Jude Short, Cole Laudenbach, Evan Morris, Dimitri Schlosberg, and Alan Mora.”

What it comes down to for the Hawks this season is creating that chemistry so necessary for team success.  “I believe our boys team will strive for the best in every practice, but will need to work on some leadership” Coach Gordon confessed.  “We lost some great senior leaders last season, and I am searching for some underclassmen to fill some big shoes in that role.”

The Hawks will kicked off the season on Friday, August 28 at the TRXC Timing ABC Invitational in St. Charles.