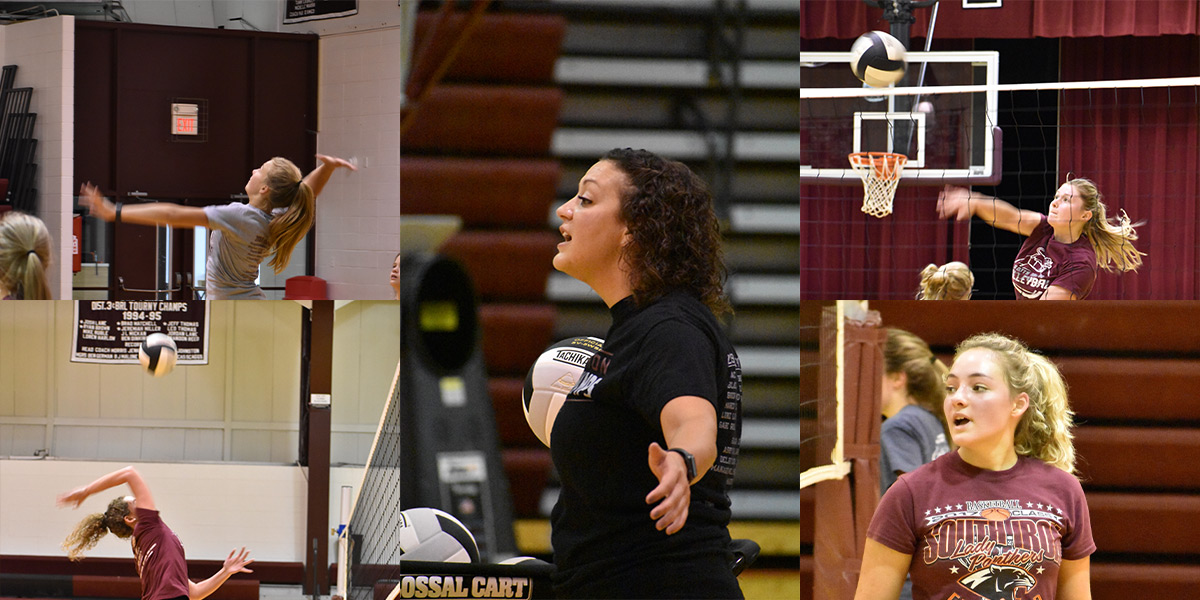 It’s been 16 years since the South Iron volleyball program brought home a district title. The 2020 team has as good of a chance as any past team to break that dry streak. The Panthers bring a lot of experience to the table, as well as some talented newcomers that will help the Panthers try to accomplish that goal.

The last time the South Iron Panthers hoisted the district volleyball championship trophy was in 2004.  Last year’s squad lost in the district semifinals to Lesterville.  The 2020 team is poised to take a run at the title with a talented bunch of young ladies and a handful of newcomers.

“To capture our first district title since 2004, we must keep it simple and stay disciplined in all things,” head coach Adriann D’amico explained.  “We will need to be able to effectively attack every ball.  Effort, communication, and quick transitions should be skills that we are doing automatically.  Our goal is to be able to dig any ball that comes over the net, and then return it with an aggressive or well-placed ball.  This team will need to continue to work together and be relentless in their efforts on the court.” 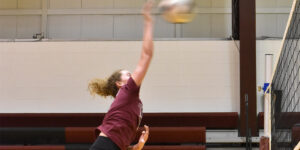 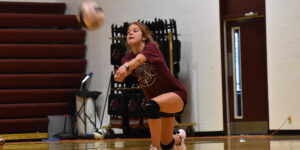 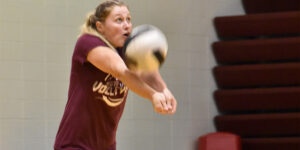 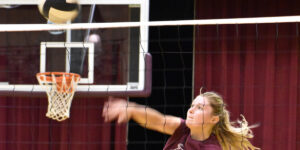 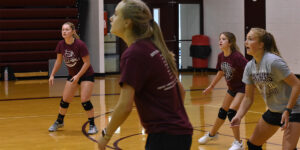 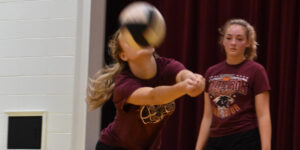 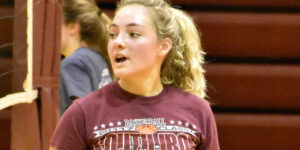 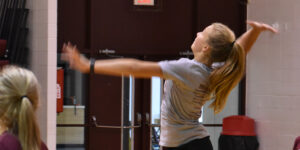 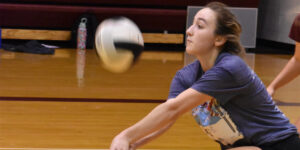 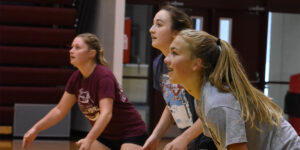 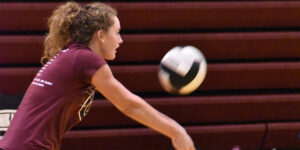 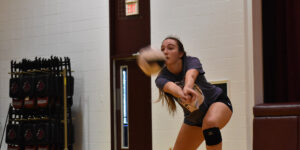 The 2019 team set the stage for this year, compiling an impressive 22-8-1 record.  This year’s team loses two valuable players in Michaela Ayers and Callie Miller, but it returns six outstanding individuals, along with three freshmen, who could each make an impact.  It’s a team that has D’amico setting the bar quite high.  “My expectations for this team are to compete every time we take the floor, whether it be in practice or in a game,” she stated.  “We had a successful season last year, and our goal is to continue to build off that success.  This team has a lot of athleticism, but I also expect to see a lot of grit and determination as they play.  Our goal as a team is to play for and win the district championship.”

To do that, the Panthers will have to utilize the many weapons at their disposal, led by sophomore outside hitter Madison Ayers.  Ayers earned first team all-district and all-conference honors as a freshman last season, and Coach D’amico knows there is a lot of upside to her return.  “Madison is quick defensively and our best passer,” D’amico shared.  “She can cover the entire court and reads hitters well.  She is our main receiver off the serve, and she puts herself in a position to dig the best hitters.  Madison’s defensive skills will be an asset to our team this season, and she is also our outside hitter.  Madison can hit powerful balls or drop in tips over the block.  Her ability to mix up her offensive game is beneficial.”

Drew Gayle is another sophomore who comes in with a year of experience, earning BRL first team honors and second team all-district kudos as a freshman.  “Drew is our returning setter who previously set a 5-1,” D’amico said.  “This season, she will be setting from the back row and hitting primarily out of the middle.  Drew brings height and knowledge of the game to our team.  As a setter, she can set all positions effectively, and she is able to produce sets even when passes are off the net.  She will hit out of the middle, and she has already shown great potential to be a dominant blocker.  Any balls that are tight to the net, Drew has no problem slamming them down.”

Junior Megan Lashley is another returning all-conference first teamer.  “Megan hits from the outside and middle positions,” Coach D’amico pointed out.  “She is able to read the court and find her opponent’s holes.  This allows Megan to be selective in her attacks and place the ball either with a hit or tip.  Megan’s ability to keep her opponents off balance will be beneficial to our team.”

Hailey Pauley (Sr./OH/RS), Alyssa Bennett (Jr./OH), and Grace Funk (Jr./RS) are the other returning letter-winners.  D’amico says each brings a unique element to the team.  “Hailey is our lone senior this year.  She will play defense and hit for us from the right side.  Hailey brings a strong work ethic and is very vocal on the court.  Her communication skills during the game are a big part of what keeps our team moving.  Hailey also has a strong serve.  Alyssa is a strong outside hitter for us.  She has a lot of power behind her swing.  She does play right side for us as well and puts up a strong block.  She is good at reading the hitter and setting the block for an essential first line of defense.  Alyssa has a tough serve that gives the other team issues.  She brings a positive attitude to the team and is always lifting her teammates up.  Grace will play defense for us this year and hit from the right side.  Grace is very coachable and versatile as a player.  She is able to fill any role asked of her, and she does it with a positive attitude, putting her team first.  She is a good communicator on and off the floor.”

Adding three new freshmen to the squad this year, Coach D’amico expects the newcomers to make impacts for the Panthers in 2020.  “Enzley Dinkins will be stepping into a role of setter and middle hitter as a freshman,” D’amico commented.  “She brings height and an aggressive nature to the team.  Her coach-ability will be a major factor in her success in both positions.  Anna Parker will play defense for us.  Her quickness and grit will give our team an advantage.  She can play the back line or dig a short ball by the ten-foot line with no problem.  Anna puts maximum effort into improving her skill set to help her team.  Emma Griffith will be utilized on the back row to play defense.  She has a positive attitude and is willing to do whatever her team needs.  Emma communicates well, and her teammates trust she will take the ball if she calls it.”

All of this adds up to a team that Coach D’amico believes will be talented and fun to watch.  “This team is athletic and scrappy,” she said.  “They are able to get hands on balls that look like they will hit the floor, and they don’t give up.  This allows us another chance to attack the ball and keep it in play to score.”  But the head coach knows there are always things to work on to help the team grow and learn.  “We need to continue to improve quickening our transitions and attacking the third ball every time,” she pointed out. 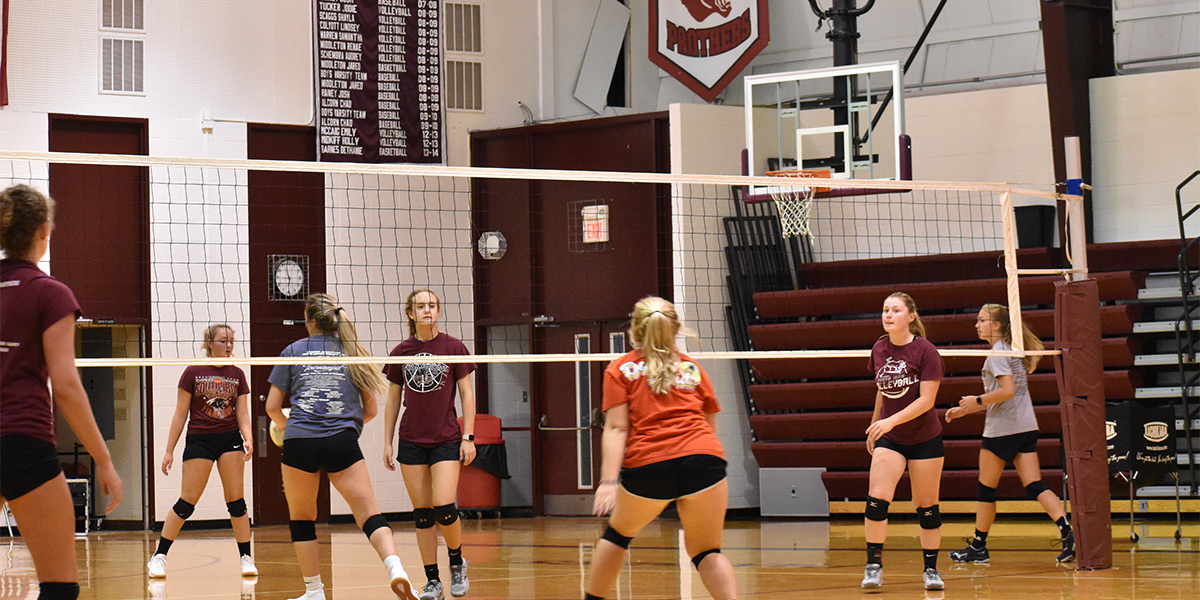 The team is set to get the season rolling on Friday, August 28, when the Panthers travel to Zalma for the season opener.  For the complete schedule, follow this link:  2020 South Iron Volleyball Schedule