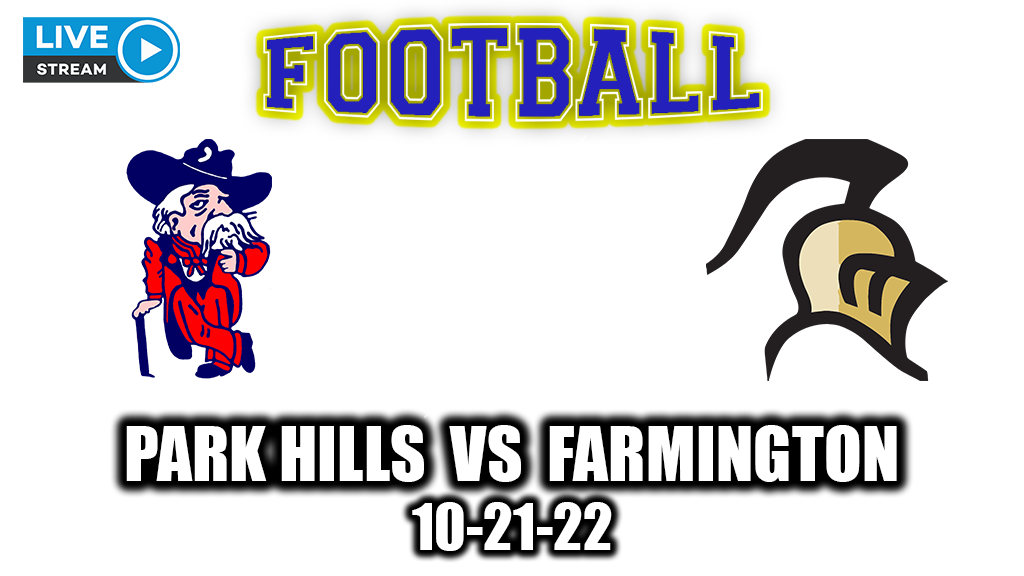 The Central Rebels of Park Hills take on the Farmington Knights in Week 9 at home to close out the regular season.

Winning a football game was fun in the first few weeks of the football season, but the bloom is off the rose for the Central Park Hills Varsity Football team. After seven wins and only one defeat, the Rebels want more, including a District Championship and possibly a MO State Title. With only one week left in the regular season, Park Hills will without a doubt be looking to send a message to its future foes as they prepare for the postseason.

It’s been one of the best seasons in Park Hills’ storied football history. Racking up wins and offensive stats has been commonplace for the Rebels. Lining up on the other side of the gridiron this week, Farmington has only won three times and has been tagged for five losses. However, the Knights do play in the larger school grouping, Class 4, while Park Hills is in Class 3.

Offensively, Park Hills has amassed quite the point total, racking up 342 points, and averaging 42.8 per game. Farmington, even with a losing record, has managed to score 243 points, averaging 30.4 per game. This would appear to make it a much closer match-up than the records would indicate.

The two schools do have a history together. The Rebels have played the Knights six times, stemming back to 2014, and each team has won three of the meetings. Regardless, the Rebels have a ton of momentum from this season, riding a three-game win streak, while the Knights have lost their last three.

This season has been quite an offensive showcase for Park Hills. Last week was yet another stellar performance for the Rebels. Quarterback Casen Murphy completed 12 of 19 passes for 165 yards and two touchdowns. The other big offensive weapon has been Jobe Bryant. Last Friday, he compiled 15 rushing yards, 75 receiving yards, 105 yards from punt returns and 75 defensive return yards, all in a four-touchdown effort while setting school records along the way.

The Park Hills football squad has effectively been unstoppable. This Friday, October 21st, the Rebels will host the Knights in the high school football season finale. While the district seeds have been set, this game won’t change the structure of the tournament. Nonetheless, Park Hills is playing for more than just another win. The Rebels have been ready for everyone, and this game will be no different.