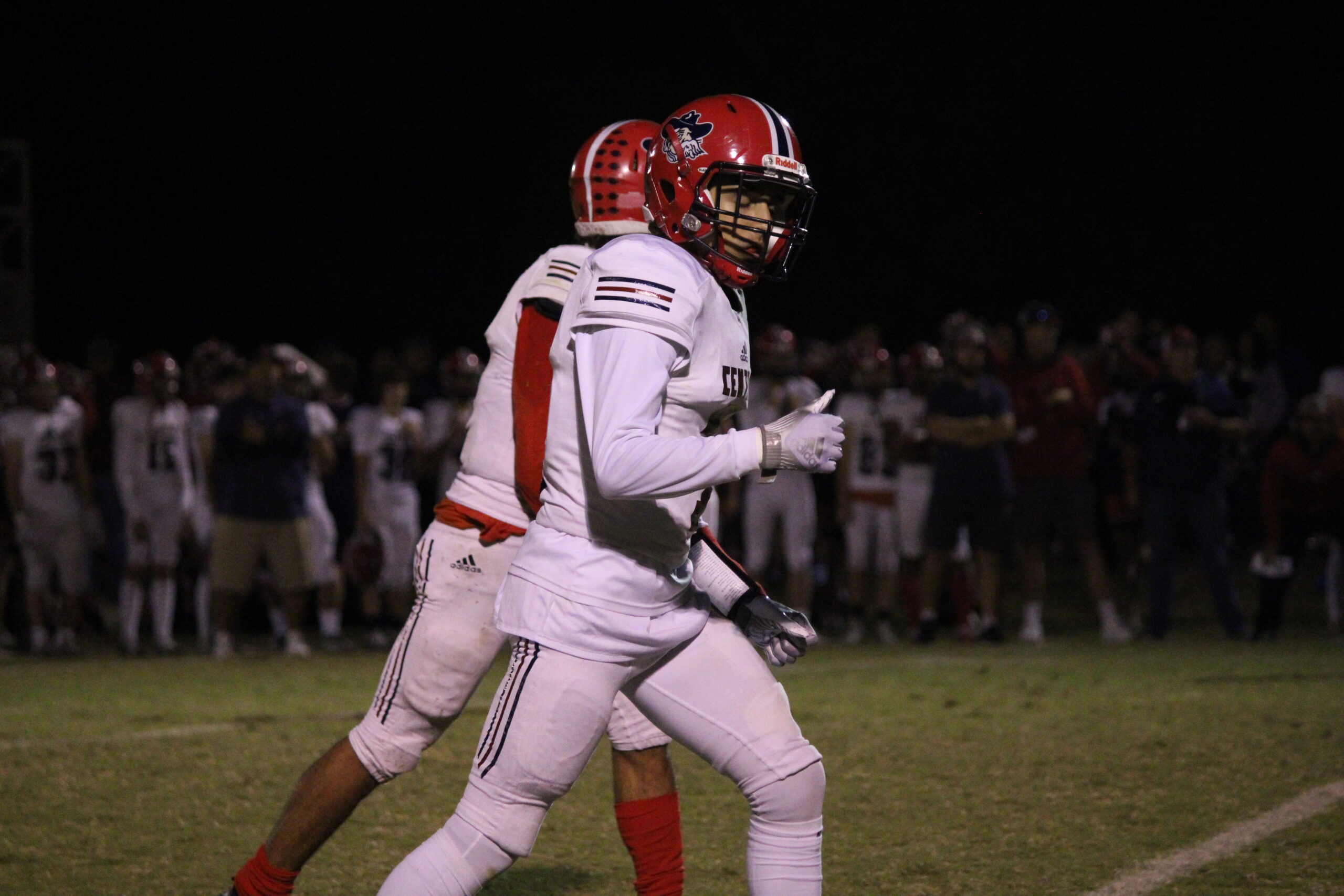 This week, the Rebels’ special teams showed up in a big way against Dexter, blasting the Bearcats en route to a massive 42-13 victory.

It’s been an awesome season for the Central Park Hills Varsity Football team. Decimating and dominating nearly every team put in their path, the Rebels destroyed yet another foe in Week 8. This time, it was the Dexter Bearcats who fell prey to the predatorial Park Hills weapons.

The defense actually put up the first points for Park Hills. Jobe Bryant scored on a fumble recovery on Dexter’s second offensive snap after Kannon Harlow knocked it loose. That was a sign to come as Bryant had an unbelievable and historic evening. The extra point was missed, but quickly it was 6-0 Rebels

After a defensive stop, Dexter punted and Bryant had a 30-yard return to set up an offensive drive. That drive ended with Bryant scoring a rushing touchdown. Park Hills went for two successfully as Jaxon Jones rushed it in to make it a 14-0 game.

The third touchdown of the first quarter came from a Kendall Horton return after a partially blocked punt. Mason Williams nailed the extra point to extend the lead to 21-0.

The next Park Hills touchdown came late in the second quarter on one of the most sensational returns ever. Dexter hit a strong punt that nearly sailed over Bryant’s head, but he caught the ball back peddling on the Park Hills 25-yard line. Then he shook off about five would-be tacklers, nearly going to the ground multiple times, but somehow maintained his footing, and returned the ball 75 yards for a touchdown. It was an incredibly athletic play by Bryant. Williams added the extra point making it a 28-0 game.

To add insult to injury, Bryant then ended the half with a 38-yard interception return that most fans thought was going the distance after what they had witnessed just minutes earlier. Bryant came up just short on the return.

On the first series of the second half, Quarterback Casen Murphy hit Bryant for a 30-yard touchdown completion. This was Bryant’s fourth touchdown of the game, giving Park Hills a 35-0 lead, after the successful extra point.

Midway through the third, Murphy hit Zack Boyd for another touchdown. The extra point was good, putting the game well out of reach for Dexter at 42-0.

After that, Central went to its younger players. Dexter capitalized and added 13 points in the fourth quarter on two touchdowns to make it a 42-13 final score.

It was another stellar offensive showing for the Rebels. Murphy completed 12 of 19 passes for 165 yards and two touchdowns, orchestrating the arial attack like a maestro.

As for Bryant, all he did was collect 15 rushing yards, 75 receiving yards, 105 yards from punt returns and 75 defensive return yards, all in a four-touchdown effort. He also broke yet another record, passing his Uncle Aaron Bates yet again, for the most catches in a season in program history with 130. Bryant now stands alone in the Central history books with most catches, touchdowns (29) and yards (2218) and is fifth all time in career points with 266 and climbing.

Dayshawn Welch, the current leader with 434, appears to be within striking distance. At least according to Head Coach Kory Schweiss, who stated, “I would think he’d end this season at number two all time and have his senior year left to catch Dayshawn as the all time leader.  Never thought he’d get caught.”

Next up for Park Hills is the final game of the regular season, a Week 9 home match-up against Farmington, this Friday, October 21st. With a paltry 3-5 record, the Farmington Knights will without a doubt be facing the Rebels’ best as they fine-tune for district action the following week.

It’s the Rebels versus the Knights in the season finale, and Central would love nothing more than to finish the season with their win streak intact.