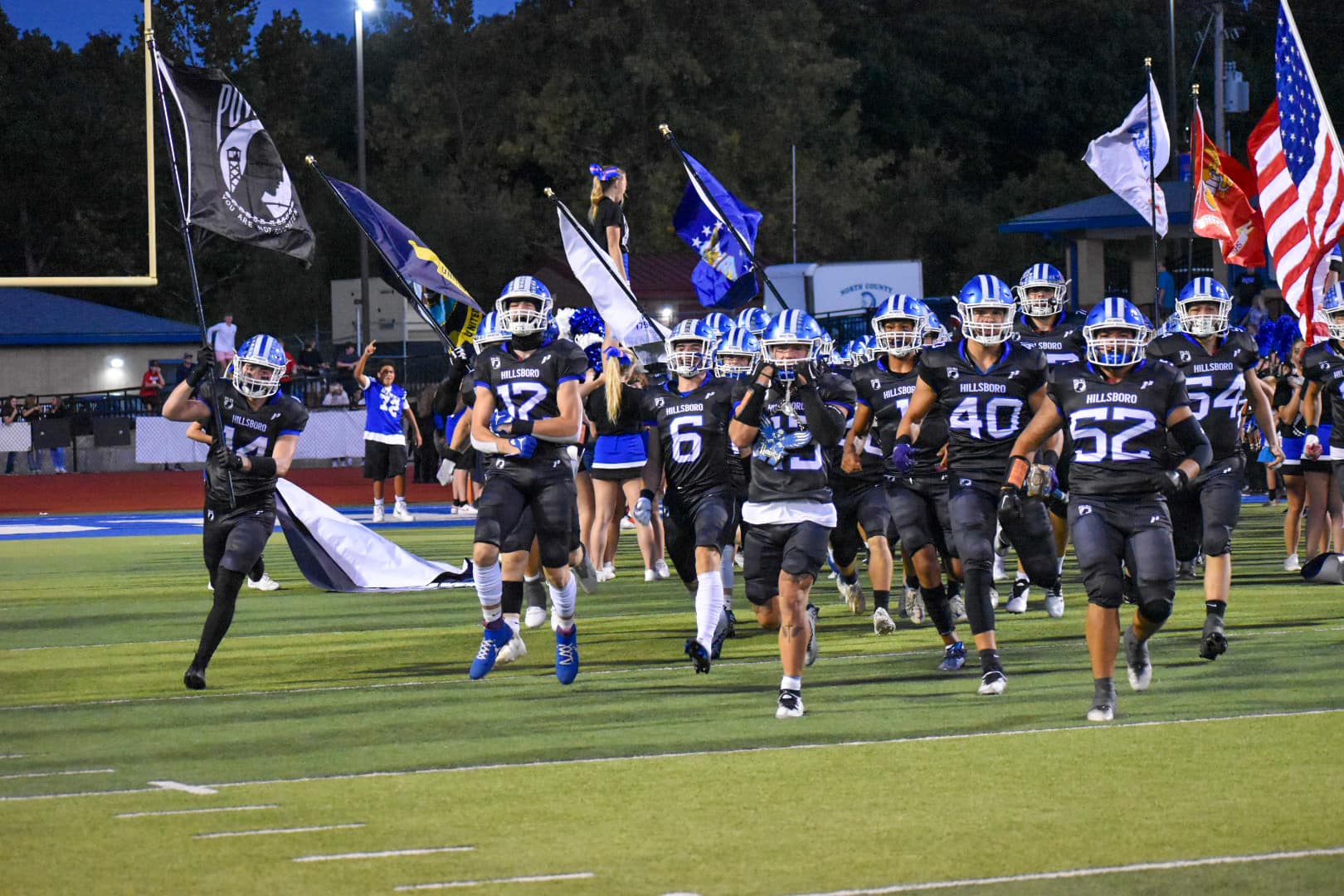 The Hillsboro Hawks make mince meat out of the DeSoto Dragons and take the Conference Championship for the second year in a row with a 79-0 victory.

The Hillsboro Hawks are on some kind of a roll this season. The 2022 State-ranked club clinched the MAFC White Division Conference Championship on Friday night with a massive 79-0 win over the DeSoto Dragons. This is their second consecutive Conference Championship, but they have much bigger aspirations on the horizon.

The game on Friday was about as dominant an effort that you will ever see in High School sports. The game was over after a 42-point first quarter, and the Hawks were able to cruise comfortably the rest of the way with their reserves off the bench.

They racked up 451 yards of total offense and “held” DeSoto to negative seven yards on the day. It’s a pretty impressive feat when you limit a team to a minuscule amount of positive yardage, but to actually take yards away after a full game in your column is truly an inspiration. Eight different players scored touchdowns and the defense was a snatching, ball-hawking machine.

Head Coach Bill Sucharski was pleased with the team’s effort, saying, “Really good team win. Defense created seven turnovers with six interceptions and two defensive returns for touchdowns. We were able to get a lot of players some playing time after the 1st quarter.”

That win is just a microcosm of Hillsboro’s incredible season though. They are now a perfect 7-0, have won their Conference and are extremely likely to take down the number one seed in Districts for a first round bye. State Title aspirations have likely never been higher, as this team is well coached, driven and littered with potential All-State players.

Austin Romaine, who has missed the previous two games, has been a stud on both sides of the ball with 631 yards and nine TDs rushing while amassing an incredible 74 total tackles, 11 for a loss, six sacks and a fumble recovery. He leads the team in nearly every statistical category.

His counterpart, Jaxin Patterson, has been no slouch either. He has 39 total tackles, three sacks and an interception on defense, while rushing for 513 yards and nine touchdowns.

The Brown brothers have been a revelation as well. Preston Brown has taken over the quarterbacking duties, throwing for 597 yards and nine TDs against just one interception, and has also run for 474 yards and six scores. Brother Payton Brown has rushed for 446 yards and seven TDs and contributed 29 tackles, two sacks and a fumble recovery on defense.

And we still haven’t mentioned Alex Medina (38 tackles, three sacks and a fumble recovery) or Blake Larson, who leads the receiving corps with 143 yards and four scores.

In short, this team is loaded and they are looking to take things to the next level. The rest of the regular season will likely look ho-hum to most, but these boys are gearing up for the big show and should make a strong run through the District and State Playoffs.

A winnable State Title is at stake and the hunt continues on Friday, October 14th as the Hawks host Cardinal Ritter.