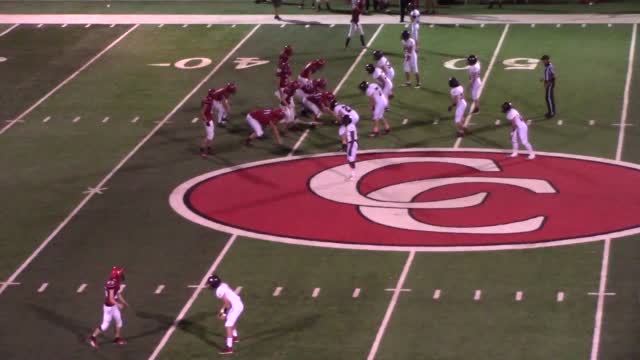 The Herculaneum Blackcats look to keep the line moving in Week 3 against the Jefferson R7 Blue Jays, seeking their third straight win.

The Herculaneum Blackcats will look to stay undefeated on the season this week against a Jefferson R-7 team that is currently 1-1. The Blue Jays lost to Fredericktown in Week 1, 6-3, but then defeated Cuba in their home opener last Friday night, 35-8.

As for the Blackcats, they defeated Windsor at home in Week 1 42-6, and then came back to defeat Fredericktown on the road Friday night, 22-14.

So far, starting quarterback Jackson Dearing has impressed, throwing 10 touchdowns in the two wins, with wide receiver Lucas Bahr catching and incredible nine of those.

Dearing has also provided most of the running game for Head Coach Blane Boss, as well tallying 324 yards in the two victories.

Bahr looks to be Dearing’s favorite target in the passing game, as the Senior has amassed an astounding 519 yards receiving in the first two contests.

Defensively, the ‘Cats have shown solid basic fundamentals like good tackling, stability and discipline with Senior Mike Moloney leading the way with 28 tackles, a sack, a fumble recovery and an interception.

Jefferson will provide a good test for Herculaneum after blowing out Cuba in Week 2, and it’s worth mentioning that the Blackcats are 2-10 against the Blue Jays since 2012.