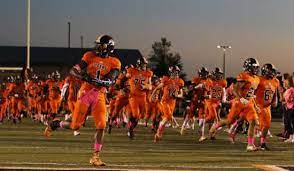 The Cape Central Tigers are hoping to move back over the .500 mark as they take on the Poplar Bluff Mules in Week 3 action.

In Week 3 the Cape Central Tigers match up against Semo Conference (and Class 5 District 1) foe Poplar Bluff, in what should be an epic battle with the Tigers making the journey on the road. Central is 7-5 against the Mules over the last decade, but Poplar Bluff has been victorious the last two meetings.

Central shined on both sides of the ball in Week 1, but faced some hard truths against Hillsboro in their second game, yet something tells us that Cape Central might be due against Bluff. The Mules struggled in a loss to Park Hills Central in week one in a 29-7 loss, unable to get much momentum on either side of the ball. In week two action, the Mules could only muster two points against Valley View (Ark.) losing to the Blazers at home 16-2.

Bluff will be on the hunt for the their first win of the season this Friday after starting 0-2 for the first time in over a decade. Although, the Cape Central Tigers weapons might be too much to handle for the Mules squad in this one with the lethal combo of Morgan Diamond and Zai’Aire Thomas.

Only time will tell though, as both SEMO Conference teams will look to win their first conference game of the young season on Friday. Last year’s head-to-head matchup was a 28-12 affair with the win going to the Mules.

Gametime will be at 7 p.m. at Poplar Bluff High School.