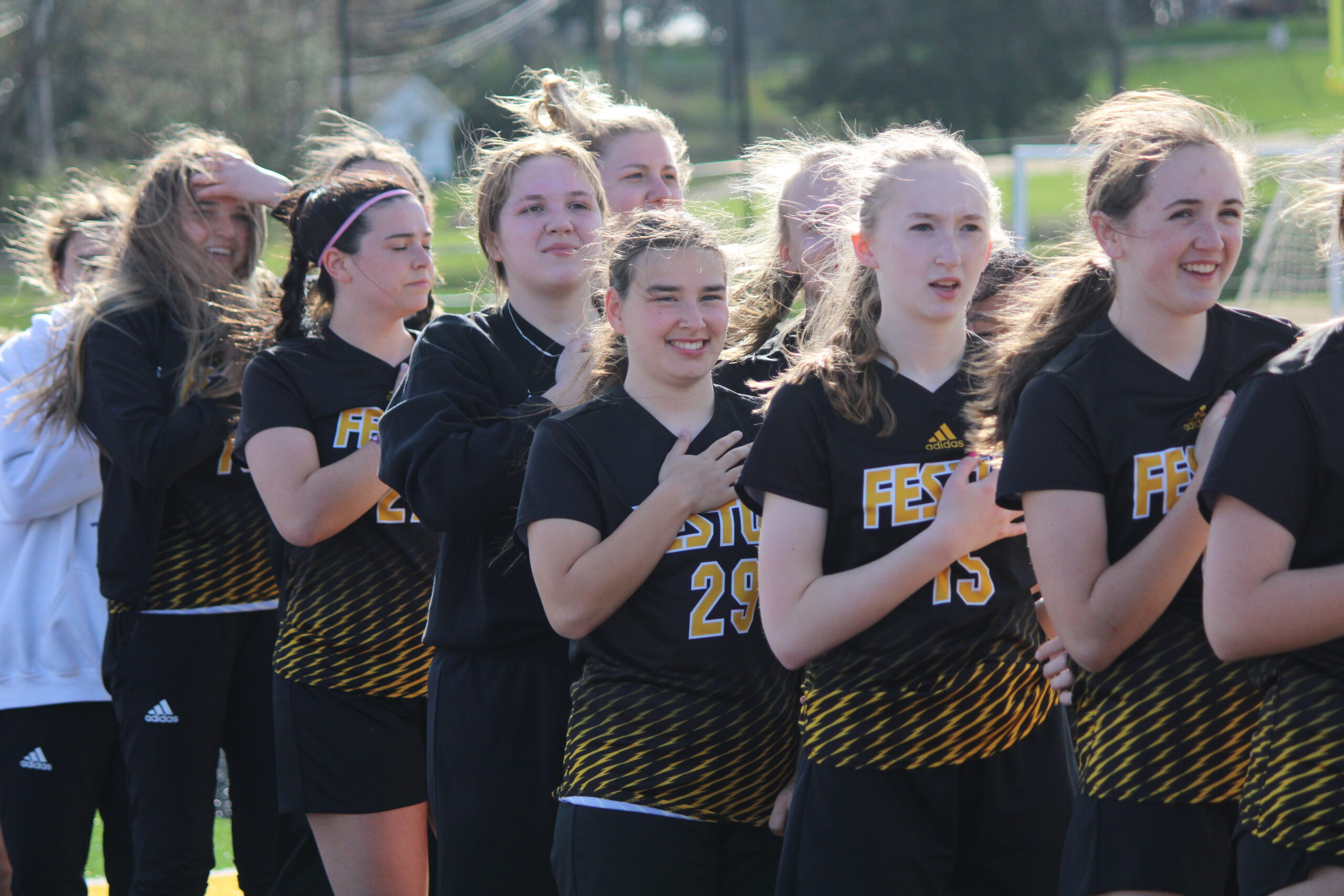 The tenacious Tigers bring home a 3-0 win against crosstown rivals the Hillsboro Hawks, after a remarkable effort by Jersey Moonier.

With the end of the spring sports season just around the corner, the Festus Girls Varsity Soccer team wants to make every game count as they head towards districts. Last Friday the Tigers squared off in a conference game against local rivals the Hillsboro Hawks, for what would be a hard fought battle. Recently, the Hawks have gotten the better of the Tigers, and in fact, Festus hadn’t beaten Hillsboro since the 2016 District Finals. This contest would produce vastly different results, as the Tigers won 3-0 in dominant fashion.

Undeterred by the past, Festus came out with the intention of leaving nothing behind on the field. The Festus program has been developing some top athletes and with the combination of experienced veteran players mixed with the tenacity of the under classmen, the Tigers proved that they are now a force. Towards the end of the first half, Riley Vogel redirected a pass from Shyanne Hofmeister into the back of the net to take a 1-0 lead into the break.

The second half was hotly contested with big defensive plays made my Alayna Erxleben, Delaney Schmitt and Riley Zustiak. Emily Holt provided the offensive pressure along with a pair of Mooniers in Jersey and Brynn, as well as Jocelyn Yates. In the final five minutes, Festus rallied to put the game out of reach. The effort of J. Moonier allowed her to notch two goals, the first was a free kick perfectly placed into the upper corner, followed by a hustle steal and an incredible blast that snuck beneath the crossbar. The Tigers held on to the shutout victory, earning the win 3-0.

Festus will now have the opportunity to build on their big victory as district play is set to take place shortly. The Tigers have been hot as of late, and if they keep playing as well as they have been, the season could last significantly longer.