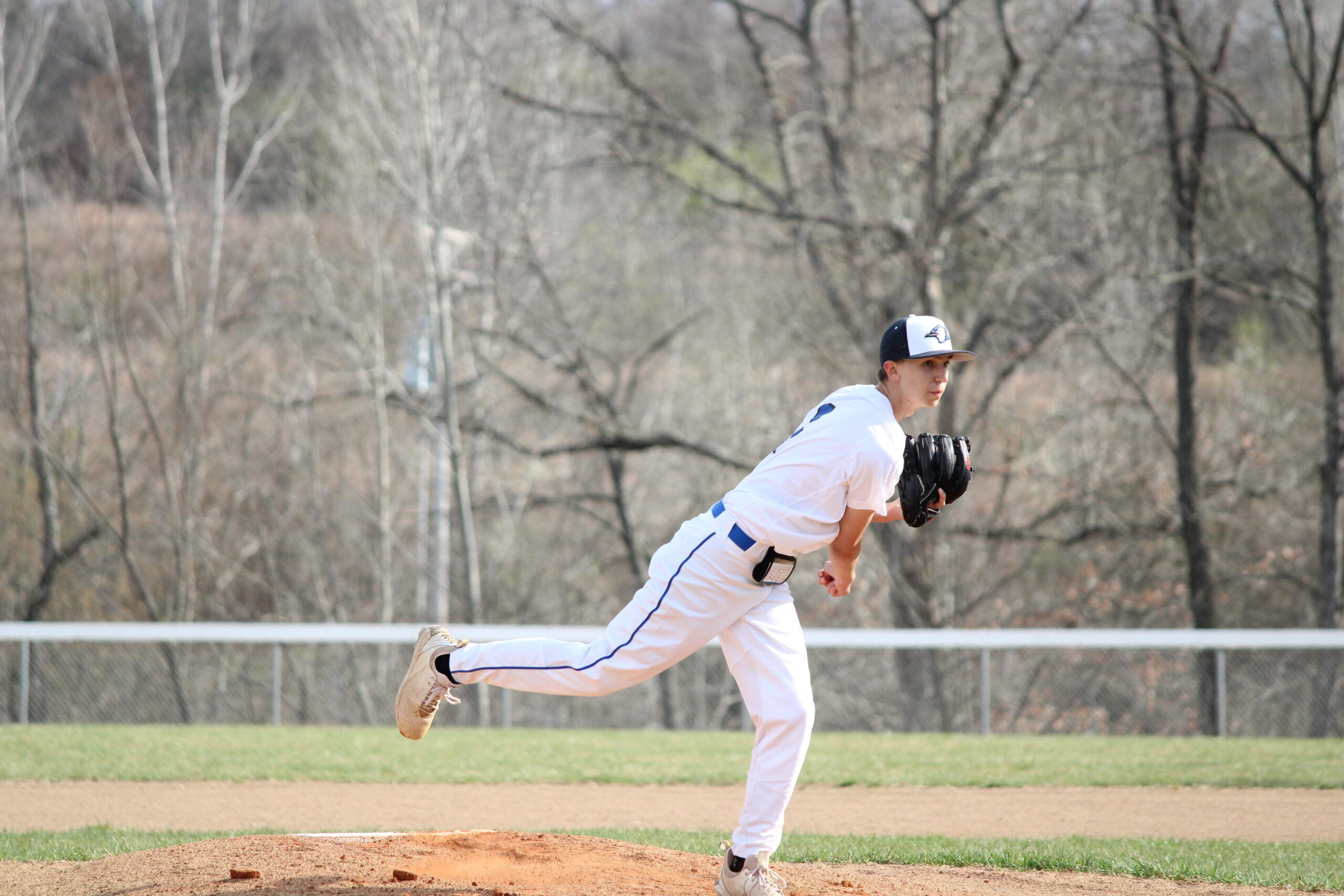 Coming off of a tough loss to Woodland on Tuesday that halted their winning streak, the Jefferson R7 Blue Jays looked to make a statement in the annual Fredericktown Wood Bat Tournament over the weekend. The results weren’t especially favorable, but weren’t lackluster either, as the Boys Varsity team took one of their three games, and made some waves in the process.

The first game of the tourney pitted the Jays against St. Pius, and the Lancers jumped out to an early lead with three in the first. Jefferson managed to limit the damage in the second with a pair of their own, but St. Pius just kept coming. They tacked on one in the third and the fourth, before adding two more in the sixth for the 7-2 victory.

Head Coach Robert Kuehnle commented on the effort, saying, “I think the first game of the tournament we were still getting used to wood bats. Pius played well and just outright beat us in the first game. Jack threw well, we just made too many mistakes to win that game.”

“Jack” of course is Jack Hueter, who took the ball to start the game. He went 3.1 innings and allowed five earned runs on six hits and three walks and was victimized by two homers. Max Schnitzler was solid in relief, allowing just one earned run, but had to constantly pitch out of jams after allowing seven hits and a walk. Offensively, Colton Richardson had a great game, going 3-for-3 with a pair of doubles, while Kole Williams had the lone RBI for the Blue Jays.

The Blue Jays seemed to figure things out in the second game of the tourney though as they took on Arcadia Valley. This time they played clean defense (zero errors in the game) and the bats came alive to propel them to a solid 6-1 win.

It took a bit to get going, but Jefferson broke through with three runs in the fourth to take a 3-1 lead. They decided to keep the line moving after that with another run in the fifth and then two more in the sixth to cruise to victory. Each team had eight hits and zero errors, but the Blue Jays made the most of what they churned out offensively.

Richardson was the hero in this one twofold, with an RBI double and a dominant performance on the mound. He went six innings without allowing an earned run and fanned seven against seven hits and two walks. Sam Stokes had a solid shutout inning of relief with two punch outs and allowed just one hit, while Schnitzler was the other offensive standout with two hits and an RBI in his three at-bats.

The final game of the tournament for R7 was a barn-burner. The host Blackcats of Fredericktown came on strong in the beginning, running up a 9-2 advantage, but the Blue Jays weren’t about to roll over and play dead. They fought back to make it close, but ultimately fell 11-10 in a nail-biter of a game.

Despite the loss, it was nice to see the offense really take to the wood bats and fully come alive. Schnitzler was huge once again with a 4-5 performance that netted him three runs scored and a pair of RBI, while Stokes had a big game as well with a 3-3performance that included two runs, an RBI and a pair of walks. Hueter and Garret Lalumondier each had a pair of hits and an RBI.

On the mound, Cole Robinson got touched up for 10 runs (seven earned) over his three innings of work as he allowed eight hits and six walks against four Ks. Stokes was solid in relief during the comeback with four frames of one-run ball (zero earned) after allowing just one hit and one walk.

The Jays still have plenty of time to try and build on the positives from the early part of the season, and sitting at 4-4 they haven’t necessarily dug themselves a hole either. They will look to get back above .500 this week.