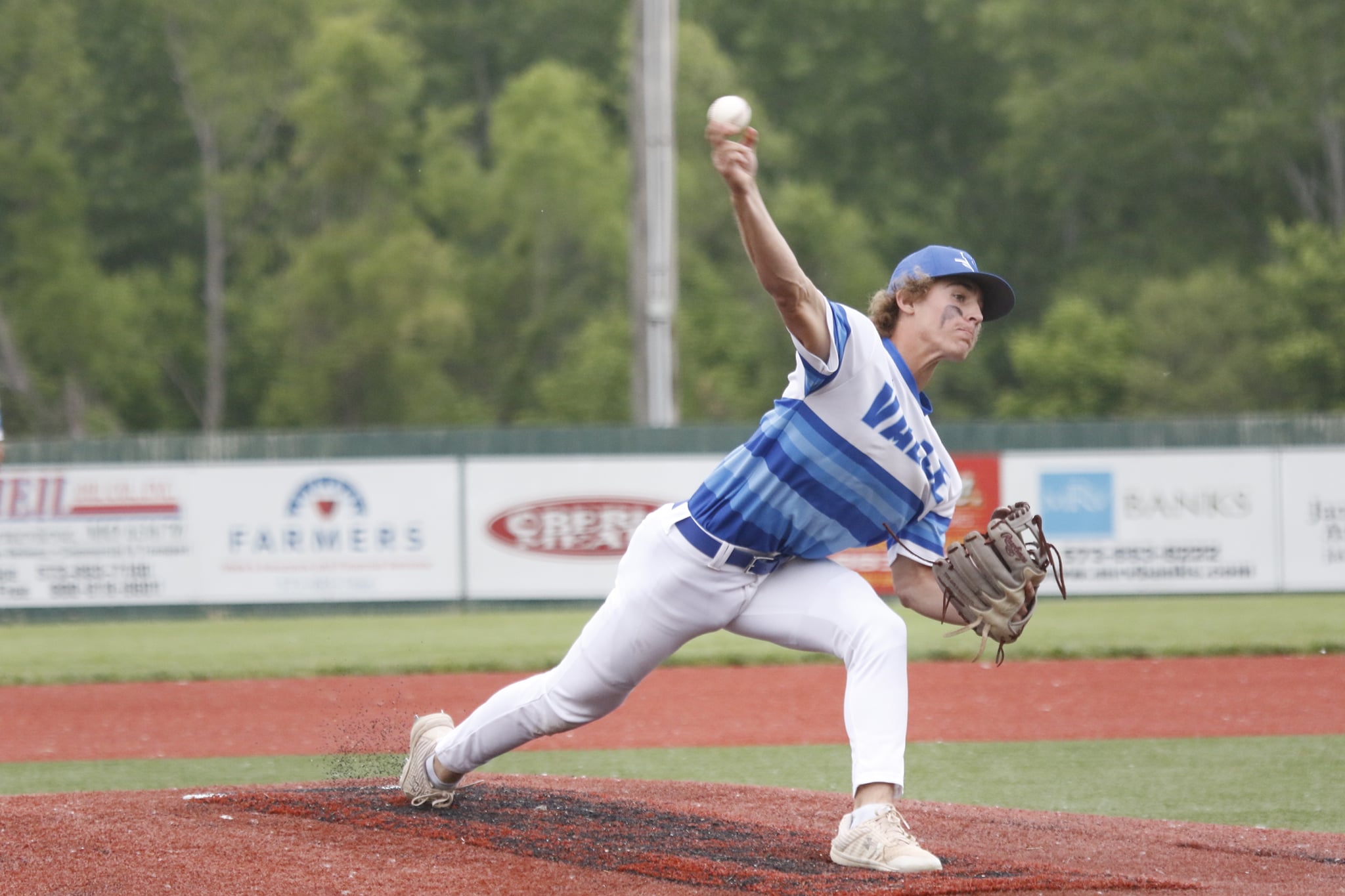 The Valle Catholic Warriors keep on winning, adding two 10-plus run outings, including a six-inning shutout effort by Vaeth, to their now 7-1 season.

The Valle Varsity Baseball Team isn’t playing around this season. They’re here to win, and the rest of the division has been warned. The team has played twice already this week, and won both games by 10-run mercy rule.

On Monday, March 28th, the Warriors welcomed the Pirates from Valmeyer, Illinois, with a six-inning mercy-rule victory, 13-3. After giving up one run in the top half of the first inning, Valle countered with three of their own in the bottom half. The Warriors repeated their efforts in the second and fifth innings while allowing only two more from the Pirates, making it a 9-3 game after five. Valle sealed the deal in the bottom of the sixth, tacking on the final four to end it 13-3.

Nearly the entire lineup reached base safely. However, at the top of the order, Chase Fallert lead the way with three hits, including a double and a triple. Aiden Heberlie completed the cycle for him, adding a solo home run leading off the bottom of the fifth. Josh Bieser continued his onslaught with two more hits and two more RBIs, but not to be outdone, Collin Vaeth went two for four and drove in four runs himself.

Picking up the win with a three-inning effort was Nathan Schwent. He had two strikeouts and gave up one earned run. Bieser also tossed two innings to assist, before handing it over to Vaeth to shut the door in the sixth.

The next day, the boys were back at it again, this time against St. Vincent with Vaeth toeing the slab. It didn’t take long for the Warriors to grab an insurmountable lead, putting up two in the first and three in the second. Valle would tack on another in the third, and then seal it up with two more in both the fifth and sixth innings to take the win 10-0.

Even with 10 runs on the board, pitching was the story of this game. Vaeth was in control from the first pitch to the last, giving up only one hit, zero walks and striking out five. He went all six innings to get the complete game shut-out victory, quite the feather in his ball cap.

Aiding his own cause, Vaeth blasted two gapper doubles to drive in three runs. This time, Heberlie went three for four with a double and a triple, as Bieser added two more hits yet again, and three more RBIs. Bieser leads the team in both stats with 13 in each category. Isaac Viox also had two hits, including a double and an RBI. Jackson Fowler batted in two with his lone hit of the game.

With these two dominant wins, the Warriors will now prepare to take on Central this Thursday, and play two games this Saturday against Burroughs and Portageville. With the offense humming, and the pitching un-hittable, opponents are warned, these Warriors will show no mercy on the diamond.