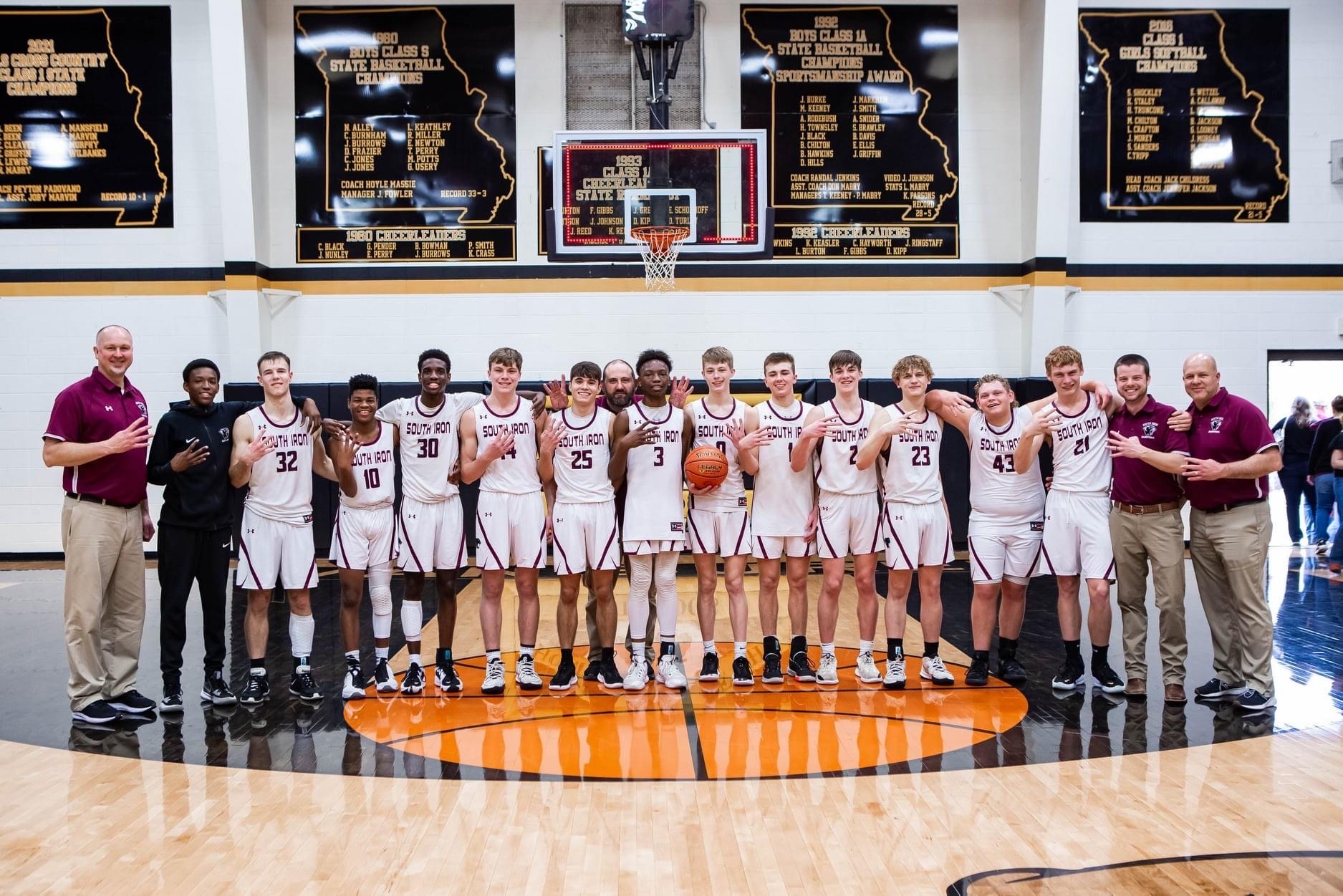 The South Iron Panthers knock off Chadwick and Leopold, earning a trip to the State Semifinals for a chance to defend their Championship title.

After a pair of convincing wins last week, the South Iron Panthers Boys Varsity Basketball team is headed to the Class 1 District 3 Missouri State Semifinals. The Panthers took down the Chadwick Cardinals 75-62 before dominating Leopold 74-39 to move into the Final Four.

In the game against Chadwick, the Panthers pulled ahead early with a 20-11 first quarter. Head Coach Dusty Dinkins commented on the fast start with, “We started the game with great focus and execution. We made great decisions against their pressure and found in-rhythm shot attempts that we were able to capitalize upon.”

The second quarter would favor South Iron as well, with them pouring in another 20 points and allowing just 16 for a 40-27 lead at the half, but the Cardinals were motivated after the break. They stormed back with a 19-13 third and trimmed the Panthers’ lead to just seven. Coach Dinkins had faith in his boys though, saying, “Chadwick made a run in the 3rd quarter and closed the gap on our lead. We were able to maintain our composure and not allow them to get any closer. Our Seniors were great leaders during Chadwick’s run and helped us combat their momentum.”

The Panthers got back to their game plan in the final eight minutes though, and were able to seal the deal with a 22-16 fourth quarter, holding off Chadwick for the 75-62 victory. On how it played out, Coach Dinkins quipped, “The 4th quarter we were able to reestablish what was working for us and did a much better job of attacking offensively. Our entire team did a fantastic job of staying focused on competing together for 32 minutes!”

That they did, and once again, the offensive pace was set by the hot hand of Drenin Dinkins. He led all scorers with 28 and also chipped in with seven assists, three rebounds and five steals. As for the one creating magic at both ends of the court, that honor belonged to DJ Prater and his double-double, which included 14 points and 13 boards. Jermartez Burse was the only other scorer in double figures, as he drained 14 of his own.

That victory gave the Panthers their fourth consecutive win and a trip to the quarterfinals to take on a 21-7 Leopold squad. Surprisingly, this game wouldn’t sniff a hint of the competition of the previous matchup, as the Panthers took charge early and never looked back. They went up 20-8 after the first eight minutes of play and then put some extra mustard on that burger with a 24-14 showing in the second quarter.

That 44-22 halftime lead segued right into a 21-9 third quarter and ultimately ended the game. South Iron nursed the clock in the fourth, hit their free throws and took down the win with a 9-8 frame that led to the more-than-convincing 74-39 victory.

Coach Dinkins was thrilled with the victory and praised his boys by saying, “Very proud of the way we started the game. We set the tone with our defense and rebounding. We also shot the ball extremely well from 3! We had 4 different players make 3’s in the first quarter! Second quarter we pushed our lead out even more with great F/C defense and pushing the tempo in transition. Overall, a tremendous team effort!”

Drenin Dinkins was the leading scorer once again with his 26 points and he filled up the box score to boot with nine rebounds, six assists and three buckets from downtown. Again, Prater was nipping at his heels with 19 points, 10 boards, four assists and a team-high four steals. Despite the aforementioned pair being the standouts, it was once again a classic Panther team effort that their fans have become so accustomed to.

The win brings South Iron’s record to 26-4 and and slingshots them right into the State Semifinals. Next up they’ll take on an 18-10 St. Elizabeth’s squad for a chance to head to the Finals and defend last year’s championship. Tip off is at 6pm on Friday, March 11th.