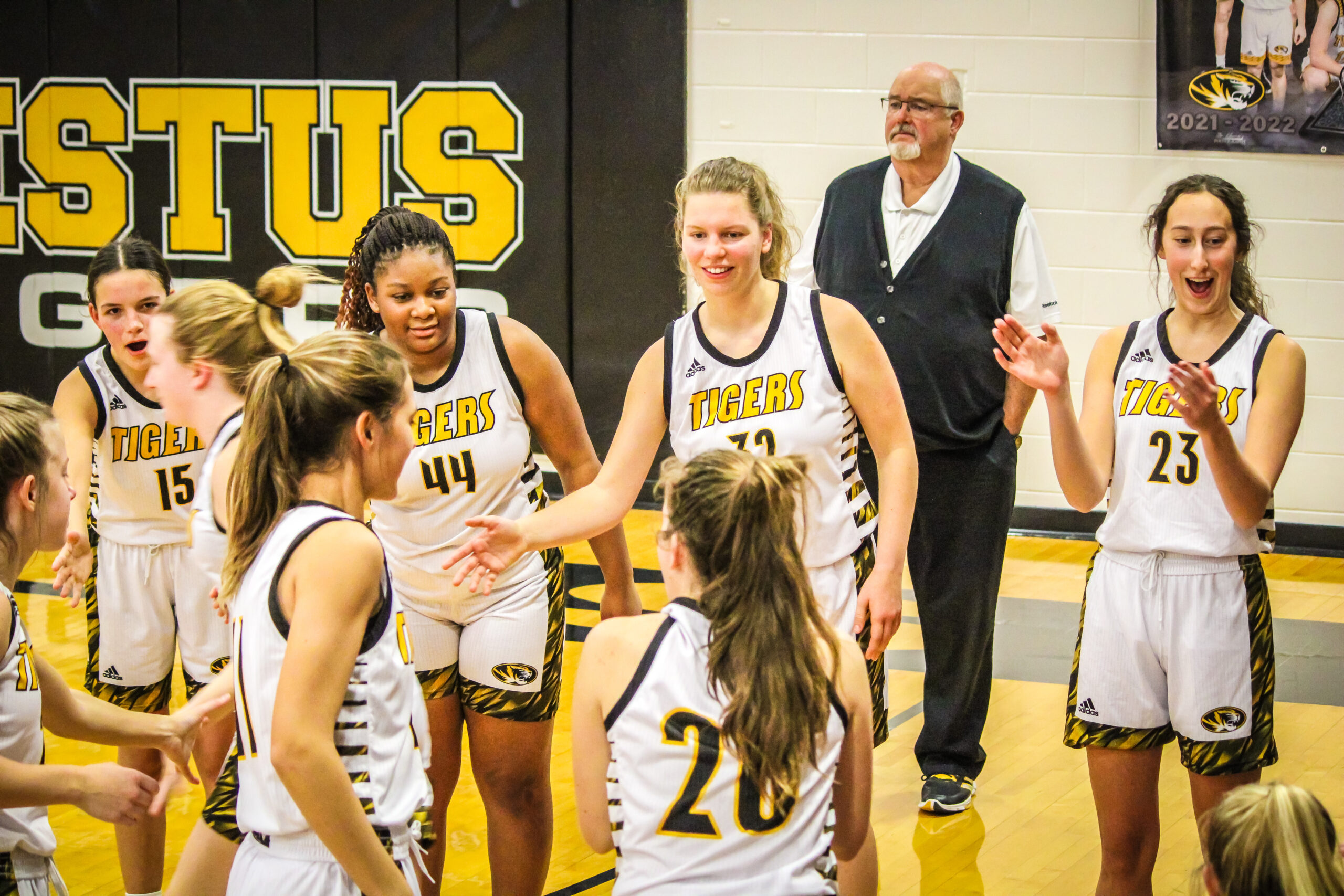 The Festus Tigers Girls Varsity Basketball team moves to 6-2 on the season after splitting two extremely close games this week.

The Festus Tigers Girls Varsity Basketball team moved to 6-1 on the season when they narrowly defeated the Windor Owls 34-30 on Tuesday, but a tough 52-48 overtime loss on Thursday to the Pirates of Perryville dropped them to 6-2. There is no shame in a 1-1 split, but the Tigers will look to improve on their last effort.

The game against Windsor was a tight, yet offensively uninspiring one in the first half. The Tigers managed just five points in the first quarter and three in the second before heading into the half down 13-8. The defense was key though as the Tigers were huge on the boards.

Head Coach Steve McFarland must have had some choice words at halftime because things started to click offensively in the final 16 minutes, and the defense remained stout. The Tigers put up nine points in the third, while allowing 10, but exploded in the fourth for a massive come-from-behind victory. They drained 17 points in the final frame and held the Owls to just seven for the stingy 34-30 victory. 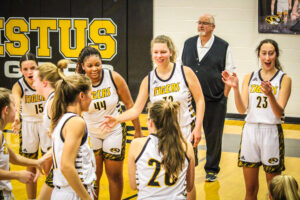 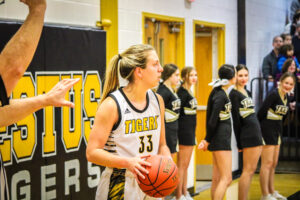 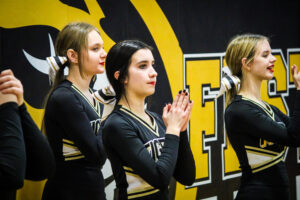 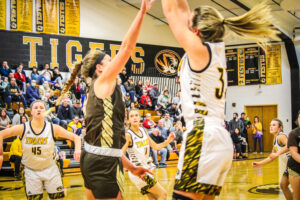 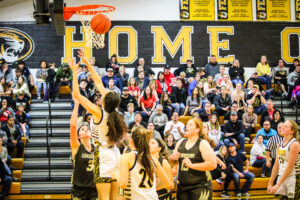 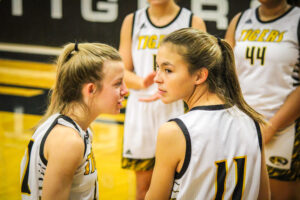 Coach McFarland commented on the game and praised the defensive effort, saying, “Defense was the key to tonight’s victory. That and pulling down 44 rebounds. We shot a dismal 23% from 2pt range and 46% from the line, but our defense kept the game close until we could take the lead.”

The 44 boards was easily a season high for the Tigers and Kinsey Benack led the charge with 11. She also managed a double-double by contributing 13 points as well to lead all scorers. Lily Knickman was notable as well with seven points and eight boards, plus the Tigers got solid contributions off the bench throughout a game where they struggled to score with their usual relative ease.

The following game against Perryville was a different story altogether. The Tigers came out hot with an 18-14 advantage after the first quarter and it appeared the offense had rediscovered its rhythm. The second and third quarters were deadlocked at 9-9 and 11-11, respectively, but that still gave Festus a 38-34 lead heading into the final eight minutes of regulation.

Sadly, Perryville turned on the jets and outscored the Tigers 10-6 to force overtime. With the wind stripped from their sails after being unable to defensively secure the regulation win, the Tigers slumped in overtime and were double up 8-4, leading to the 52-48 gut-wrenching loss.

Coach McFarland commented on the loss with, “The key to last nights loss was poor shooting (27% fg) and lack of execution at crunch time on defense. In overtime, we just didn’t show up.”

As for individual efforts, Josie Allen showed up after a rough game against Windsor to lead the team with 18 points, and had nine rebounds to boot. Benack was big once again with seven points and a team-high 11 rebounds, while Emily Holt recorded a double-double with 10 points and 10 boards.

It was a valiant effort that fell apart at the end and cost the Tigers a chance to be 7-1 on the season, but all in all it was a promising week. If we’ve seen anything from this squad it’s that in the rare times they aren’t dominant, they are resilient in their next challenge.

That next challenge will be on Monday as they travel to Herculaneum to try and get back to their winning ways.