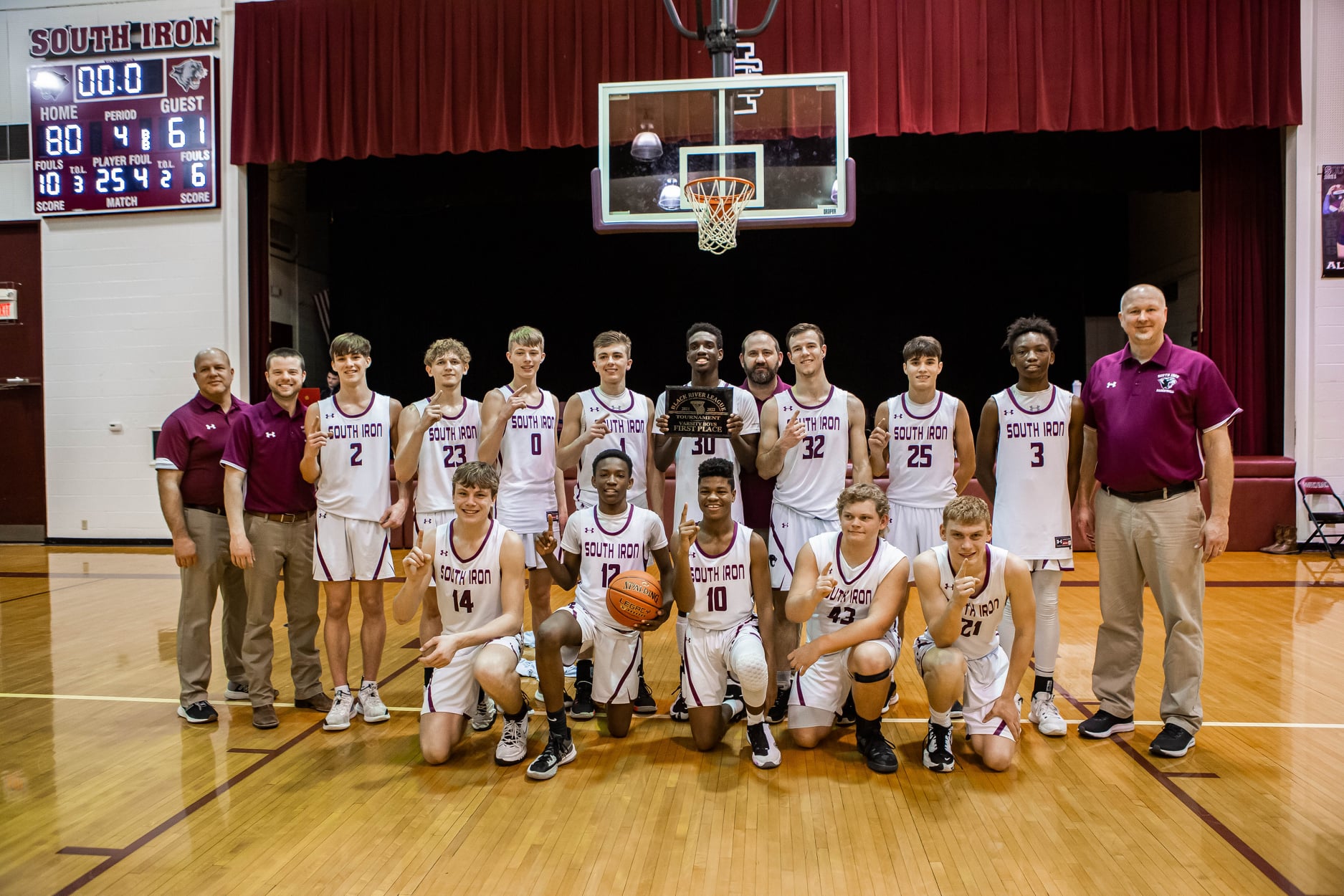 It’s never easy to follow up a State Championship season, but the South Iron Panthers haven’t missed a beat. They already rolled through the Annual Park Hills Christmas Tournament, and now may have to think about reinforcing their trophy case, as the Boys Varsity team brought home their third consecutive Black River League Tournament Championship over the weekend.

As the top seed, the Panthers had a long layoff in between games, which is typically cause for concern as far as the potential for rust or a team getting out of sync, but that was not the case here. South Iron kicked off the tournament in the semifinals (after their first-round bye) and took down the Ellington Whippets 81-53.

Head Coach Dusty Dinkins, who has won 14-of-19 BRL Championships in his tenure with the Panthers, commented on his team’s long layoff and their start to the game, saying, “Like most teams, we haven’t played many games recently and we were concerned about the level of sharpness our team might play with. The first half reflected that, as well as, Ellington playing very well.”

It wasn’t the usual dominance right from the start that is typically seen from the Panthers, but they certainly weren’t in jeopardy of losing their edge. They went up 24-15 after a solid first quarter, but Ellington is a tough team, and they fought back in the second, winning the quarter 17-16. Still, South Iron held an impressive 41-31 lead as the whistle blew, and was clearly in the driver’s seat heading into the halftime break. 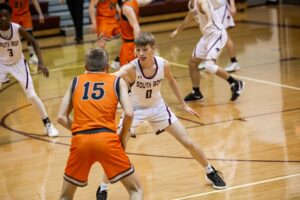 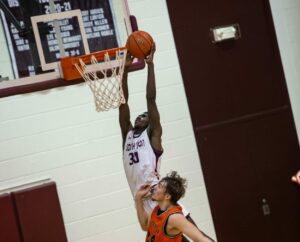 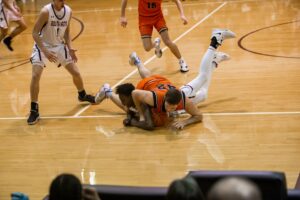 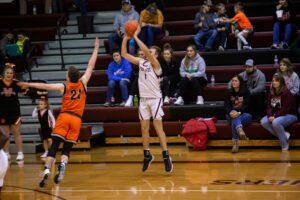 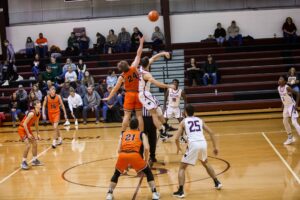 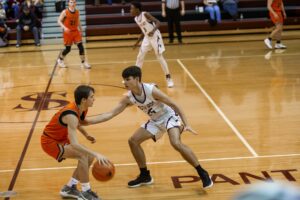 The halftime speech much have been the kind that makes the hair on your arms stand up, because the Panthers came out hungry and aggressive. They poured in 25 points and tightened up significantly on defense, allowing the Whippets to find the basket just twice for a meager four points. That set up a fourth quarter that started with a 32-point Panther lead and pretty much slammed the door on Ellington. They managed to win the battle of the final eight minutes, 17-16, but it was far too late for heroics at that point as the Panthers cake-walked to a 81-53 win and a trip to the finals.

The two-headed monster of Drenin Dinkins and DJ Prater was the bread that soaked up the majority of the gravy on the stat sheet in this one. Drenin led all scorers with 28 points and had six rebounds and three assists, while going 4-of-8 from downtown and a perfect 6-of-6 from the line. Prater managed a double-double with 21 points and 11 rebounds, and was the main distributor with seven assists.

Coach Dinkins quipped about the second half, saying, “The 3rd quarter we settled in and played much cleaner and with much more togetherness. We had contributions from the entire lineup offensively and defensively.”

And just like that the Panthers were in the finals, slated to take on a very tough East Carter team. The first half was tight, but as expected, still favored South Iron. The first quarter was a back and forth display of offensive output on both sides, as the Panthers and Redbirds were deadlocked at 19 after the first eight minutes. South Iron pulled away in the second though as they took down the quarter with a 23-16 mark to give them a 42-35 advantage heading into the half. 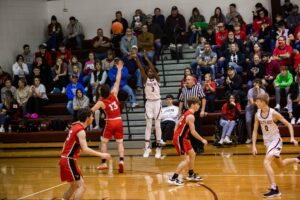 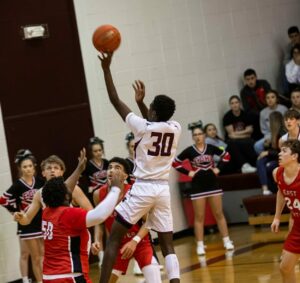 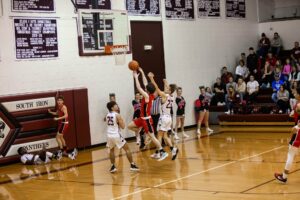 With the score a little too close for comfort, Coach Dinkins rallied the troops at the half yet again and the Panthers, on cue, came out guns blazing. A 22-7 third quarter afforded them a 22-point lead heading into the final frame, and the tournament was all but wrapped up. East Carter fought back in the fourth, but South Iron kept the pressure on and worked the charity stripe to perfection to walk away with the 80-61 win and some more hardware to add to a trophy case that is busting at the seams.

Coach Dinkins had some choice words when summing up the final game, saying, “We started the 3rd quarter with a run that enabled us to grab a double-digit lead. Our execution was very good, and we made several timely shots from the perimeter as well as key points in the paint. We knew East Carter had been playing very well and defensively they would be difficult to guard. Rebounding would be equally important. We had great contributions in those areas from all eight of our players. Tremendous team effort!”

The Dinkins-Prater combo was on display again in this one as the two combined for 55 of the team’s 80 points. Drenin poured in 31 and led the team in pretty much every imaginable category. Along with his gaudy point total he led the team in assists with seven and rebounds with 12, all while hitting six three-pointers and going a perfect 5-of-5 from the charity stripe, en route to being named the Tournament MVP. Prater was no slouch though, as he racked up 24 points, 11 boards and a team high four steals, while never missing from the line in eight attempts.

It was yet another incredible effort by the Panthers, who now sit at 16-2 on the season in defense of their State Championship Title. It seems there is no task too daunting for this resilient bunch, but there is still a lot of basketball left to play. They look to keep the line moving on Tuesday as they host Fredericktown. 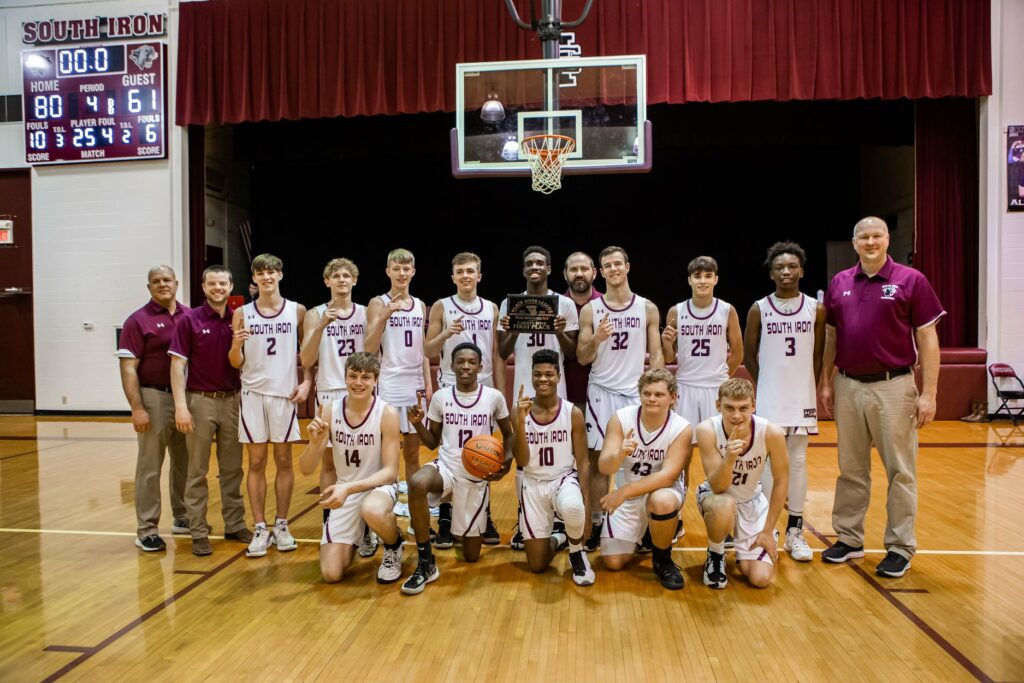