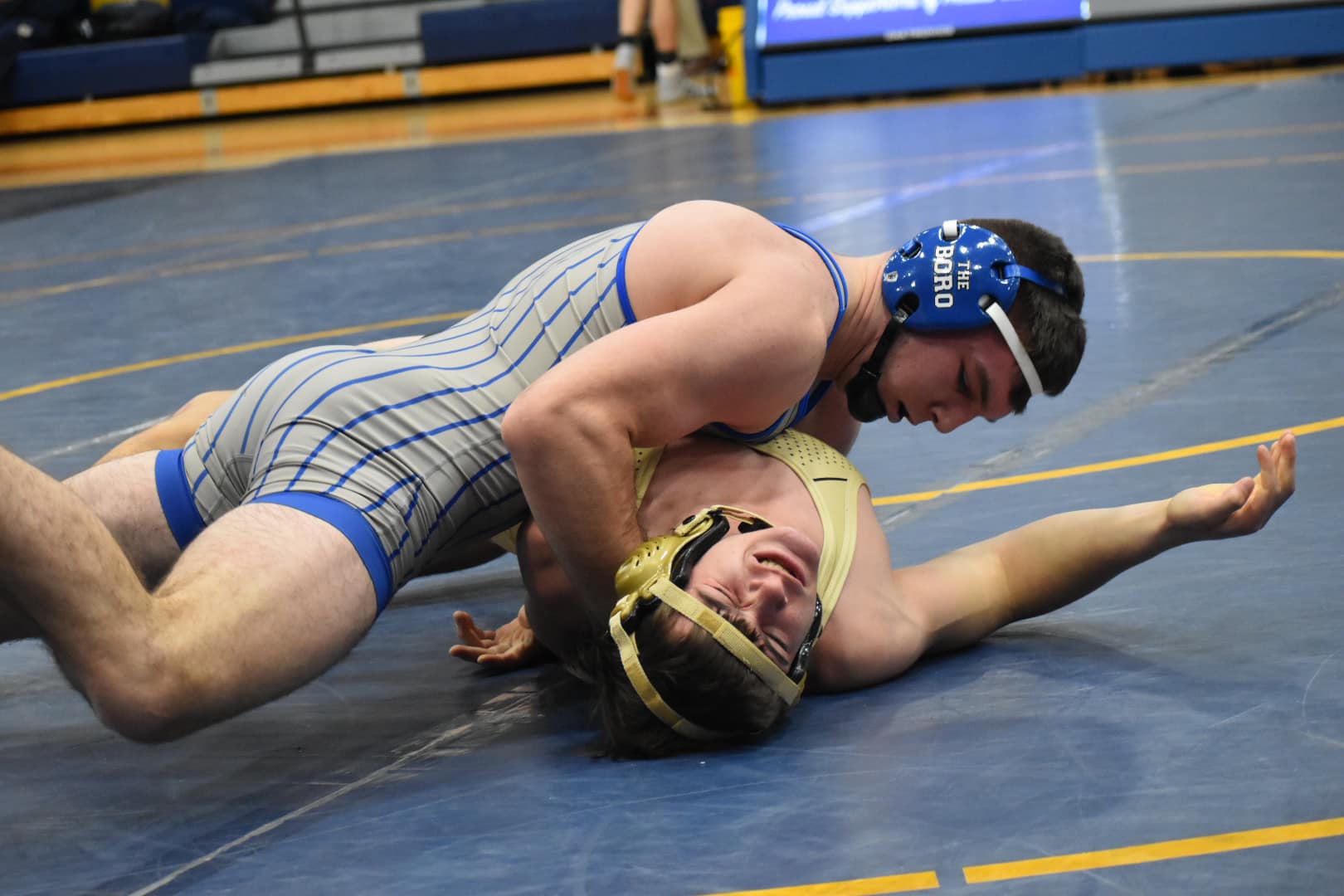 It was certainly an impressive showing for the Hawks of Hillsboro High School this past Saturday, December 10th at the Missouri Duals Wrestling Tournament. The Varsity squad competed in seven duals and won six. The Boys team, for the most part, were untouchable, defeating Blair Oaks, Capital City, Helias Catholic, Lebanon, Lee’s Summit West and St. Michael, but were unable to sweep the day getting knocked off by Neosho.

Capital City was up next for Hillsboro. This one was a thrashing as the Hawks easily defeated their opponents 62-15. Jordan Penick, Tucker, Blake Jackson, N. Barnett, Richardson, Griffin Ray, Litzsinger and Rhodes all scored pins. Gabe Barnett won by decision 9-2.

Hillsboro did have their hands full with Helias, narrowly coming away with the victory 36-30. All winning by pin were Penick, Jackson, Richardson and Litzsinger. G. Barnett won by decision 4-1, Tucker won a decision 4-3, N. Barnett won by tie-breaker decision 4-3 and Ray won in overtime 4-2.

Up next for the team was Lebanon and the Hawks fought hard, coming away with the 57-24 victory. Picking up wins by pin were G. Barnett, Penick, Jackson, Evan Morris, Litzsinger and Rhodes. Tucker won by technical fall 19-3 and Richardson won a major decision 8-0.

The Hawks then handled Lee’s Summit West, defeating their foes 55-24. Jackson, N. Barnett and Nate Moore each won with pins. Litzsinger won a major decision 10-0 and Larkin won by decision 9-4.

Then Hillsboro challenged the mighty Neosho squad, and were beaten 47-27. Jackson, Richardson, and Morris all pinned their opponents. Meanwhile, Tucker won by decision 9-2.

Last up for the Hawks was St. Michaels and Hillsboro trounced their opposition 67-10. Penick, N. Barnett, Richardson, Morris, Ray, Eddie Hines, Rhodes and G. Barnett all won by pin. Tucker and Litzsinger both won by technical fall 16-1 and 15-0 respectively.

It was a banner day for the Hawks who are always striving to achieve greatness. This tournament proved that Hillsboro is definitely going to be tough to handle for any rival school, and their dream of a State Championship is a very real one indeed.