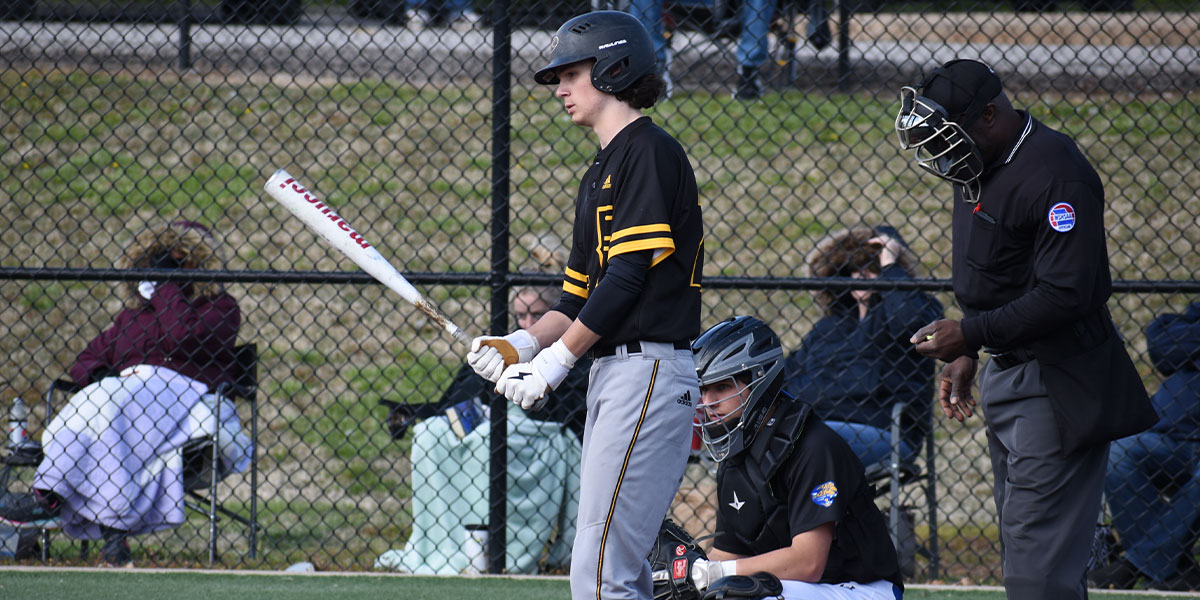 Festus Advances to District Semi-Finals with Win Over Sikeston

The Festus Tigers Varsity Baseball squad beat the Sikeston Bulldogs 6-3 and advance to the semi-finals of their District Tournament. The Tigers take on De Soto on Thursday, May 20th with a trip to the district championship on the line.

The Festus Tigers Varsity Baseball team advanced to the semi-finals of the Class Five District One Tournament with a 6-3 win over the Sikeston Bulldogs. The Tigers are 1-2 against the Bulldogs dating back to 2014.

It didn’t take long for Festus to establish themselves and get comfortable in the batters’ box. Tyler Bizzle hit an RBI single in the first inning that scored Cole Wagner. The very next at-bat, Jackson Gross hit a two-RBI double that brought both Collin Reando and Ethan Carroll in to score. Sikeston did score one in their half of the inning, but the Tigers left the first ahead 3-1.

Festus added another run in the top of the second. Reando smoked a double into left field that brought Wyatt Huskey around to score and put his team ahead 4-1.

Sikeston cut into the lead in the bottom of the third. They rallied to score two runs and cut the Tigers’ lead to only one. However, Festus added some insurance in the top of the fourth by way of another RBI single from Reando. They scored one more run in the top of the fifth before sealing up the 6-3 victory and advancing to the semi-finals.

Nate Moore started the game on the mound and went the distance. He pitched all seven innings, allowed three runs on four hits and struck out eight batters.

The win allows the Tigers to live to see another day. Sikeston is the least of their worries now. They run up against the De Soto Dragons in the district semi-finals who are 20-6 on the season. That game takes place on Thursday, May 20th.

Festus Advances to District Semi-Finals with Win Over Sikeston