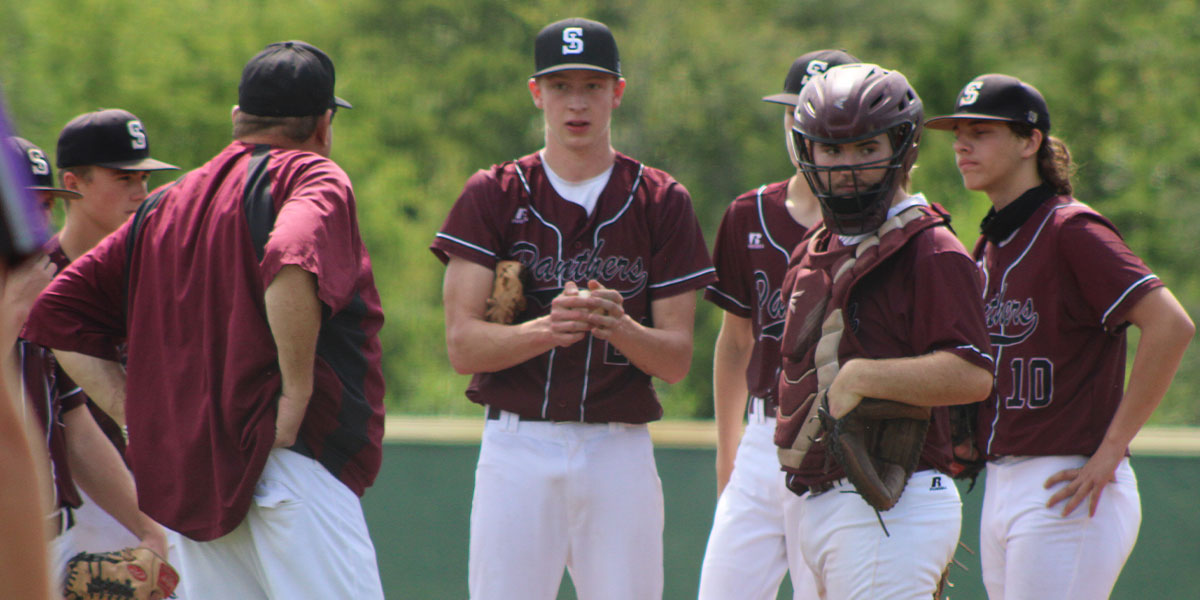 The South Iron Panthers take care of Lesterville and move on to the District Championship game against Valley. They play for their first district baseball championship in school history on Wednesday, May 19th.

The South Iron Panthers Varsity Baseball team dominated the Lesterville Bearcats 10-2 in their first District Tournament game. The Panthers are 4-1 against the Bearcats dating back to 2018.

It didn’t take long for the Panthers to establish themselves and build a lead. It started in the bottom of the first when Drenin Dinkins drove a double into left field that scored Brock Wakefield. Two batters later, Joel Poston hit a sacrifice fly to right field that allowed Dinkins to tag up and score. The Panthers left the first inning ahead 2-0.

South Iron added another run in the bottom of the second off of a Bearcat error. Later in the second, Wakefield smashed a two-run homer that scored Brodie Miller. The Panthers led 5-0.

They continued to pile on to their lead in the third inning. Harley Lewis smacked a triple into right field that brought Lucas Lunyou around to score. The very next at-bat, Hunter Kelley grounded out to the second baseman, but Kelley scored on the play. Just like that it was 7-0 South Iron.

The Panthers added their final three runs in the bottom of the fourth. Cody Hughes hit a two-RBI triple that scored Wakefield and Miller. Poston then hit an RBI single that brought Hughes in to score. That made it 10-0 South Iron. Lesterville did add two runs in the top of the fifth, but that was all they could muster. The Panthers won 10-2 and moved on in the district tournament.

Poston, Dinkins and Wakefield led the team with two hits each. Wakefield was 2-3 with two RBIs and three runs scored. Hughes and Poston each picked up two RBIs. Lewis was 1-2 with two runs scored and an RBI as South Iron outhit the Bearcats 11-2.

South Iron has a chance to move into uncharted territory. Their next game, they can accomplish something that has not been done in school history as of yet.

“We are feeling confident and ready to go compete,” Dinkins said. “We are going to try and win the first ever District Baseball Championship.”

The Panthers live to see another day. They are now 16-4 and have won three games in a row.

“We have all worked extremely hard for this moment so our confidence is extremely high,” Kelley said. “We’re ready for Wednesday’s game against Valley.”

They move on in the District Tournament to take on Valley in the championship round on Wednesday, May 19th.