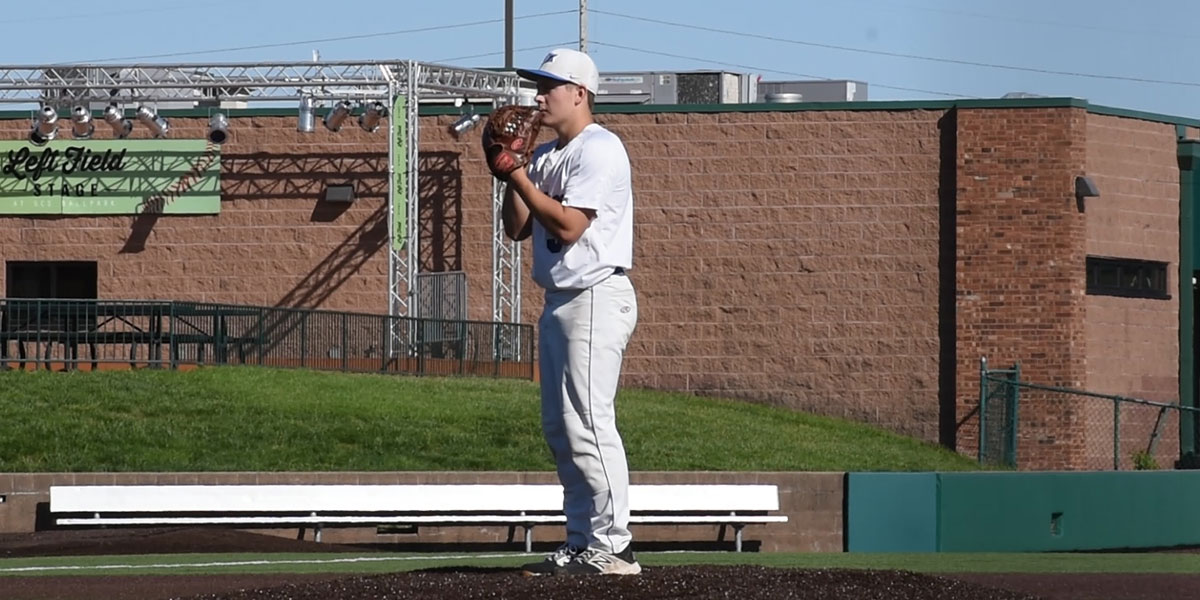 The Jefferson R-7 Blue Jays storm past the Grandview Eagles 9-0 and move on to the District Championship. The championship takes place Wednesday, May 19th against St. Pius.

The Jefferson R7 Blue Jays Varsity Baseball team displayed a dominant effort in their first District Tournament game against the Grandview Eagles on Monday. They did not surrender a hit to Grandview and won 9-0. The Blue Jays have won 13 games in a row against the Eagles dating back to 2012.

The offense came early and often for Jefferson in this do or die game. It started in the bottom of the first when Dylan Schnitzler grounded into a double play, but Nolan Roth came in to score. Three batters later, Sam Stokes drilled a single into left field that brought Colby Ott around to score. It was 2-0 after one.

The Blue Jays picked up where they left off in the second inning. Roth hit an RBI single that brought Daylen Whitener in to score. Shortly after, Schnitzler hit a sacrifice fly that put his team ahead 4-0.

In the bottom of the third, Colton Richardson got things started with an RBI single that scored Luke Labruyere. Whitener hit a single that brought Richardson in to score later in the inning. That made it 6-0 Blue Jays.

The runs continued to come in pairs. Stokes roped a single into right field that brought Ott in to score. The very next at-bat, the Eagles walked Richardson with the bases loaded and brought in another run. Jefferson added one more run in the bottom of the fifth. The Blue Jay arms kept Grandview quiet all game, as Jefferson secured the 9-0 victory and moved on to the next round.

“We did exactly what we needed to do to win,” Head Coach Robert Kuenhle said. “Dylan threw the ball incredibly well, throwing his second no-hitter of the year and we got the hits we needed. I’m proud of the guys for getting to the District Championship, but we still have work to do.”

Whitener, Stokes and Dawson Jakoubek all tied for the team lead in hits with two. Schnitzler led the team with three RBIs. Roth was 1-2 with one RBI, three runs scored and drew three walks. Ott was 1-2 and scored two runs.

While he racked up three RBIs, Schnitzler also pitched a gem on the mound. He pitched six innings, allowed no hits and struck out a whopping 11 batters. Stokes pitched an inning in relief. He didn’t allow a hit and struck out the side.

“My mindset was to focus on pitching,” Schnitzler said. “I let my defense work behind me. Now if I happen to hit well while I pitch then that is just a plus. I trust in my teammates as they trust in me.”

The Blue Jays now look ahead to facing off against St. Pius in the District Championship game. They beat Pius handily just two short weeks ago, and are confident to say the least.

“We feel like we can win if we play our game,” Ott said. “And stay true to who we are as a team.”

The Blue Jays are on fire and prepared to take down Districts. The championship takes place Wednesday, May 19th.