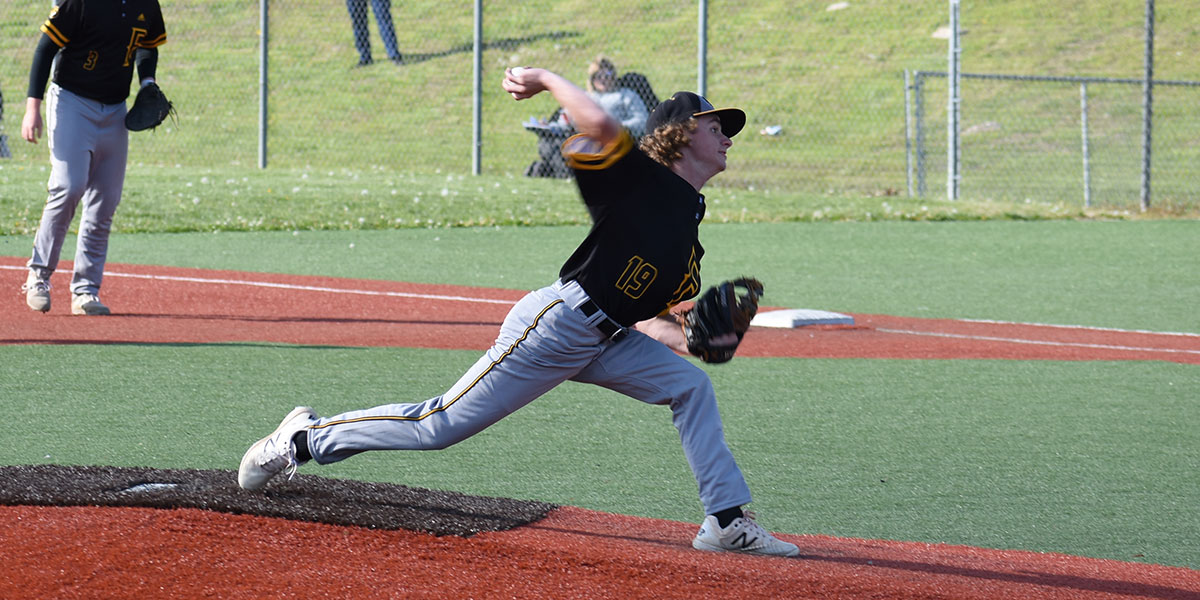 The Festus Tigers storm past the Parkway North Vikings 7-1 in their final regular season game. The Tigers face off against Sikeston on Monday, May 17th in the District Tournament.

The Festus Tigers Varsity Baseball team beat the Parkway North Vikings 7-1 in their final regular season game of the year.

Despite the offensive surge from the Tigers, the Vikings took an initial 1-0 lead in the first inning.

Festus began to do their damage in the top of the third. Cole Wagner singled to get on base and found his way to third base off of Viking errors. Wagner came in to score when Wyatt Huskey singled him in. Two batters later, Nate Moore hit a bases-clearing three-RBI double that put Festus ahead 4-1.

The Tigers scored some insurance runs in the top of the seventh. Wagner scored another run, this time off of a passed ball from Parkway North. Later in the inning, Tyler Bizzle hit a single that brought Huskey and Collin Reando around to score. That made it 7-1 and that was all they needed. They wrapped up their regular season with a win and improved to 12-14.

“Our pitchers stayed calm and filled up the zone,” Reando said. “During the first few innings, they struggled to trust our defense, but they began to be much more efficient.”

Now the Tigers await the postseason. There have been some bumps in the road along the way, but one can bet they are up for the challenges ahead.

“Just staying mentally focused,” Wagner said. “And building off of what we’ve got going recently.”

They take on Sikeston on Monday, May 17th in their first District Tournament game.