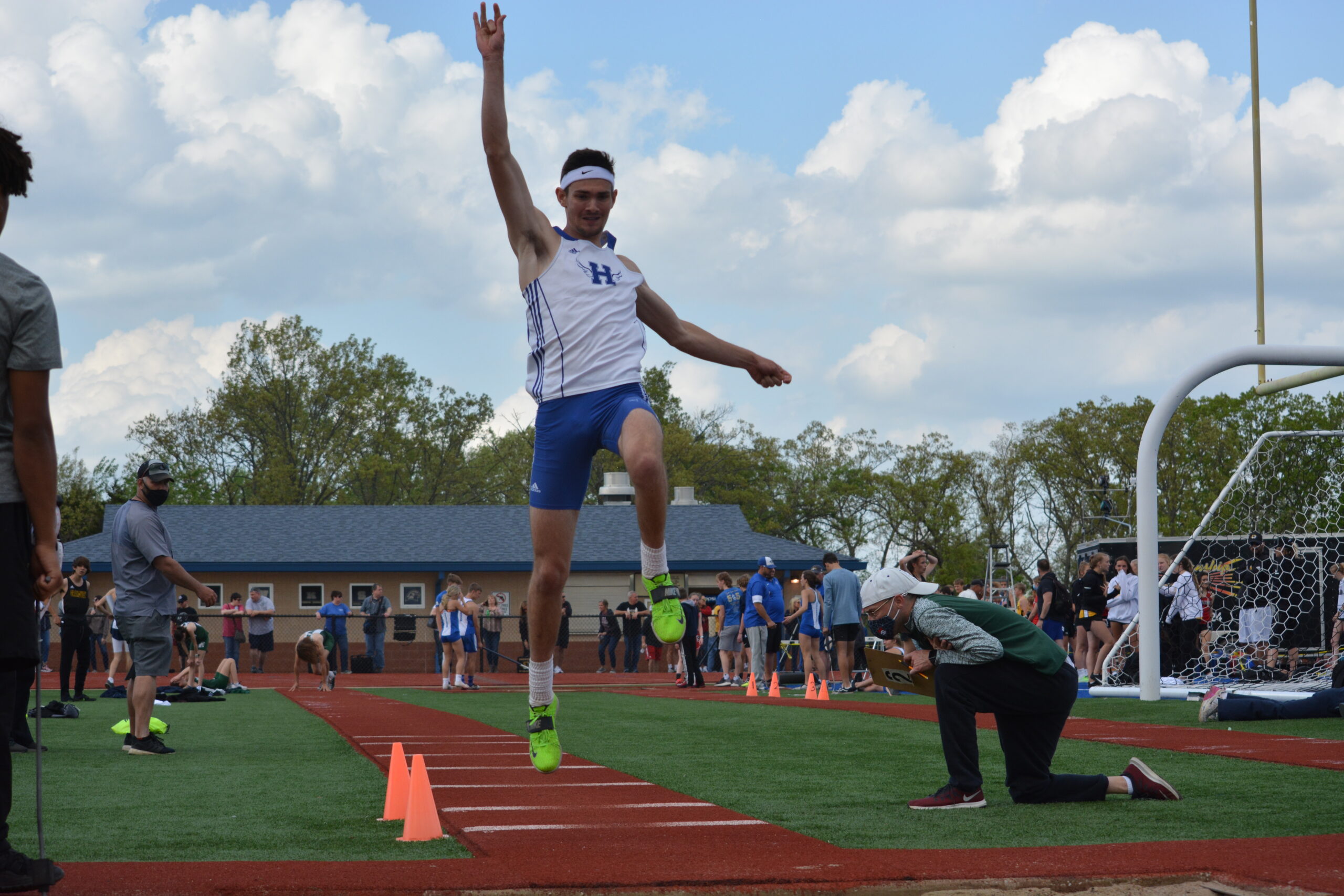 The Hillsboro Hawks Boys Track and Field squad competes well, but fall just short of a podium finish at their home Invitational.

The Hillsboro Hawks Boys Track and Field team competed in the biggest meet of the year on Saturday May 8th, taking on 19 other schools. Hillsboro did not miss the podium by much, falling just 15 points shy of third place.

Head Coach Todd Medley commented on his team’s skill, saying, “Payton Brown continued to break and set new a PR in Javelin. Sam Wright once again showed his skill in both Hurdle races and the 200 by winning all three. The competition was very strong and we are looking forward to Districts this Saturday.“

Brown’s distance of 47.52 meters was good for fourth place in the event, and Wright’s elite times of 15.09, 39.14 and 22.70, respectively, put him in a different league altogether from the competition.

Zach McNees was just edged out of the podium in the Discus with a distance of 40.42 meters, just .03 meters short of third place.

The 4×800 team of Josh Allison, Jonah Allison, Jesse Gore and Jimmy Mann reached second place in their event with a time of 8:27.16, and the 4×100 team reached third, finishing the event in 50.67 seconds. Josh Allison noted the level of competition at the meet, saying, “The meet was very competitive with a lot of good teams. Almost every race had a big front pack all fighting for the points. It was a really good meet to see where people place against teams that may be in their districts and further meets.”

Tristan Jones who earned third place in the Triple Jump, reaching 12.88 meters, noted the meet’s size as a factor in how competitive it was. “It was a very big meet and with that comes big-time talent,” said Jones. “I didn’t place exactly where I would have liked to but I don’t see it as a complete loss. I see it as an opportunity to learn from it and to use it as motivation to get better. As a team however, I’m super proud of where we are. We have a lot ot prove still but are all laser-focused on going into districts this weekend.”

Hillsboro Track and field has performed very well this season leading up to Saturday May 15th, where they will host the Class 4 District 2 meet to begin the postseason.