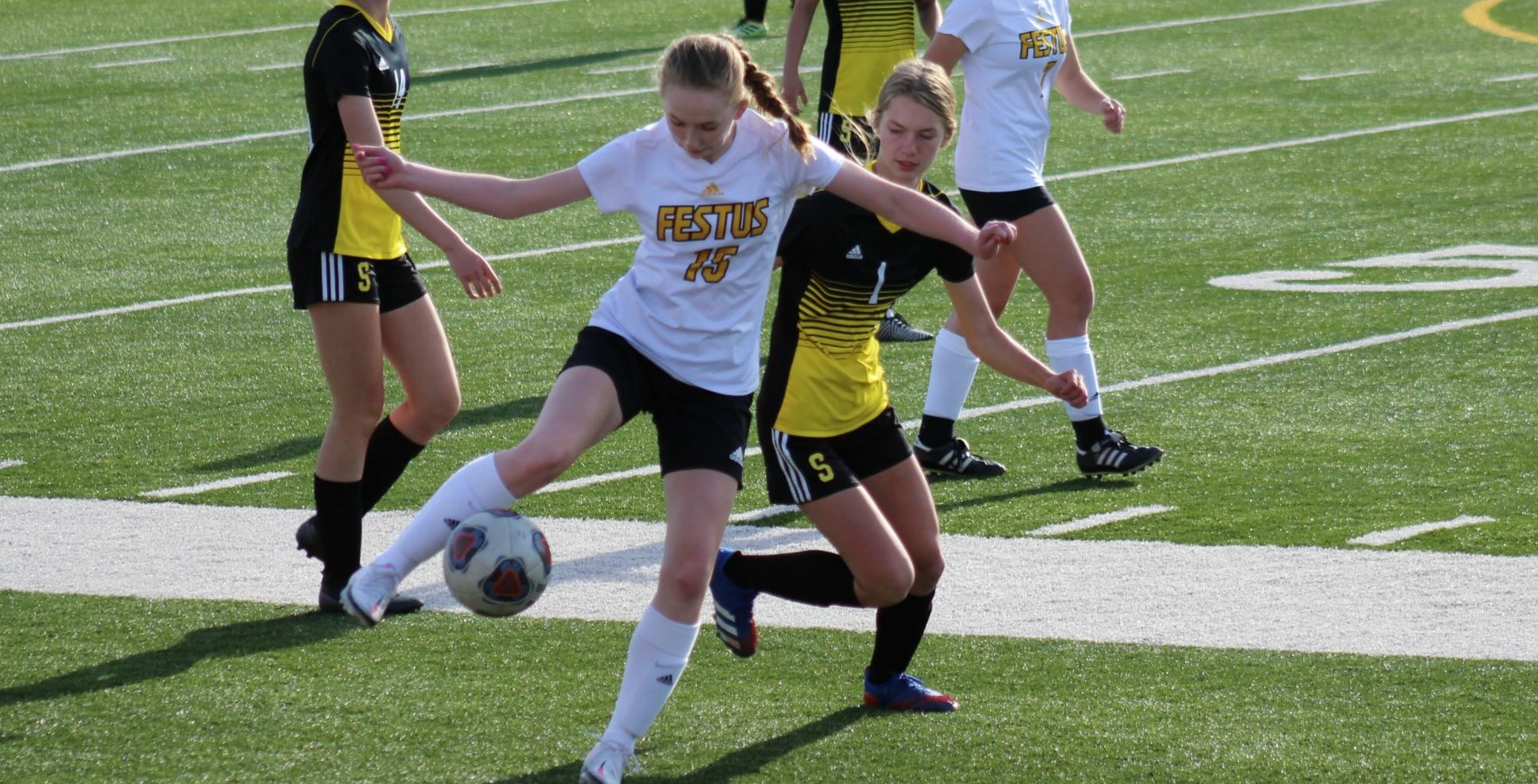 In a thrilling game, the Festus Tigers explode for a huge three-goal rally in the second half, but head to overtime versus Sullivan. The Tigers go on to win by the score of 4-3 to earn their second win of the season.

The Festus Tigers Girls Varsity Soccer team traveled to Sullivan for a match on Wednesday, April 14th. It was looking bad early for the Tigers, as they quickly got down 2-0 in the first half, but made an incredible three goal comeback to take the lead. Sullivan went on to force overtime with a late goal, but the Tigers managed to win by the score of 4-3. This was only the second win for the team, putting their record now at 2-8. 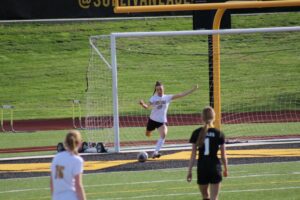 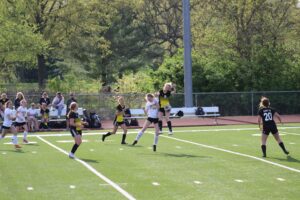 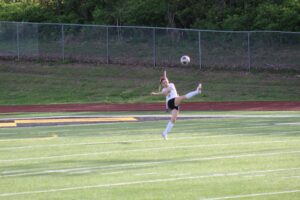 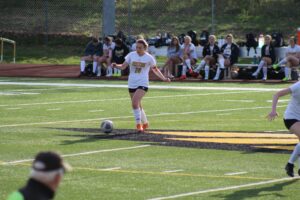 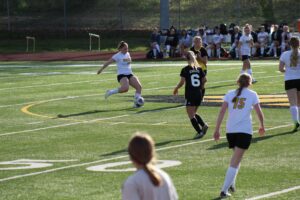 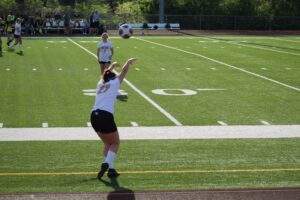 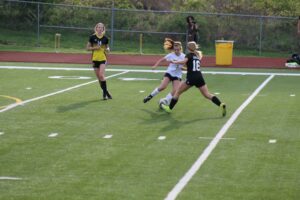 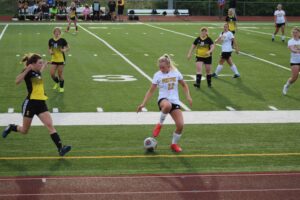 Head Coach Caleb Zustiak was excited for his team’s victory, and said, “It was an excellent game where we utilized a new formation. We came out somewhat hesitant and allowed two goals, but then pushed from that point on. We dominated the second half, gaining the majority of the goals and possession but let in a late goal to high pressing and pushing from the opponent. We finished strong with a great push in overtime to gain the win.”

Sullivan jumped on the board early, putting a ball into the back of the net at only eight minutes into play. They followed suit seven minutes later with another goal at the 15 minute mark. The score was 2-0 after one half of action.

In the second half, the Tigers made their mark early. Lillie Williams scored off a pass from Emily Holt at the five minute mark. Williams put another ball away to tie the game with her second goal, this time off a pass from Jersey Moonier, at 10 minutes.

Williams commented, “We came out trying a new formation and struggled with it during the first half. We battled our way through overtime and scored to win the game. It was a really exciting game, which left me feeling super proud of everyone’s individual performances and how we came together as a team to get the job done!”

Zustiak spoke on his goal scoring duo, and said, “The striker pairing of Williams and Holt were powerful and worked well to create many chances. We would have scored more with fewer passes that were called offsides and we still have developing communication between the strikers and midfield. These two kept us in the game.”

Holt then put the Tigers ahead 3-2 off a pass from Williams at minute 25. It was looking good for the Tigers, until Sullivan tied the game in the final minute of the second half to force overtime.

Holt added, “After half time, we came out wanting it more. We then were in overtime! That game was full of so many emotions. We won that game because of our composure and just wanting it more. We were finally able to piece things together and actually look like a team.”

In an incredible effort, Holt finished off Sullivan with a goal six minutes into overtime, converting a Moonier pass to find the back of the net, and win the game 3-2.

Zustiak said, “Moonier fought the entire game in midfield and assisted two of our four goals.  She never quits working and has a great soccer IQ that benefits the entire team.”

Goalkeeper Mady Geiler played the first half and made 10 saves, while Zoe Erxleben played the second half and saved nine. Zustiak commented on Geiler as he said, “Geiler stopped a penalty kick given at the end of the first half. Had we gone into halftime behind 3-0 the whole composition of the game may have been different. She has been exceptional in goal, especially as a Freshman, and has been commented on by opposition coaches throughout the season.”

Speaking on his defense, Zustiak mentioned, “Our entire defense made essential improvements for the second half. They changed their communication and understanding of each other’s positions and closed down the opposition offense.”

Hoping to keep the momentum going, Festus will be back on the pitch against North County, on Friday, April 16th. 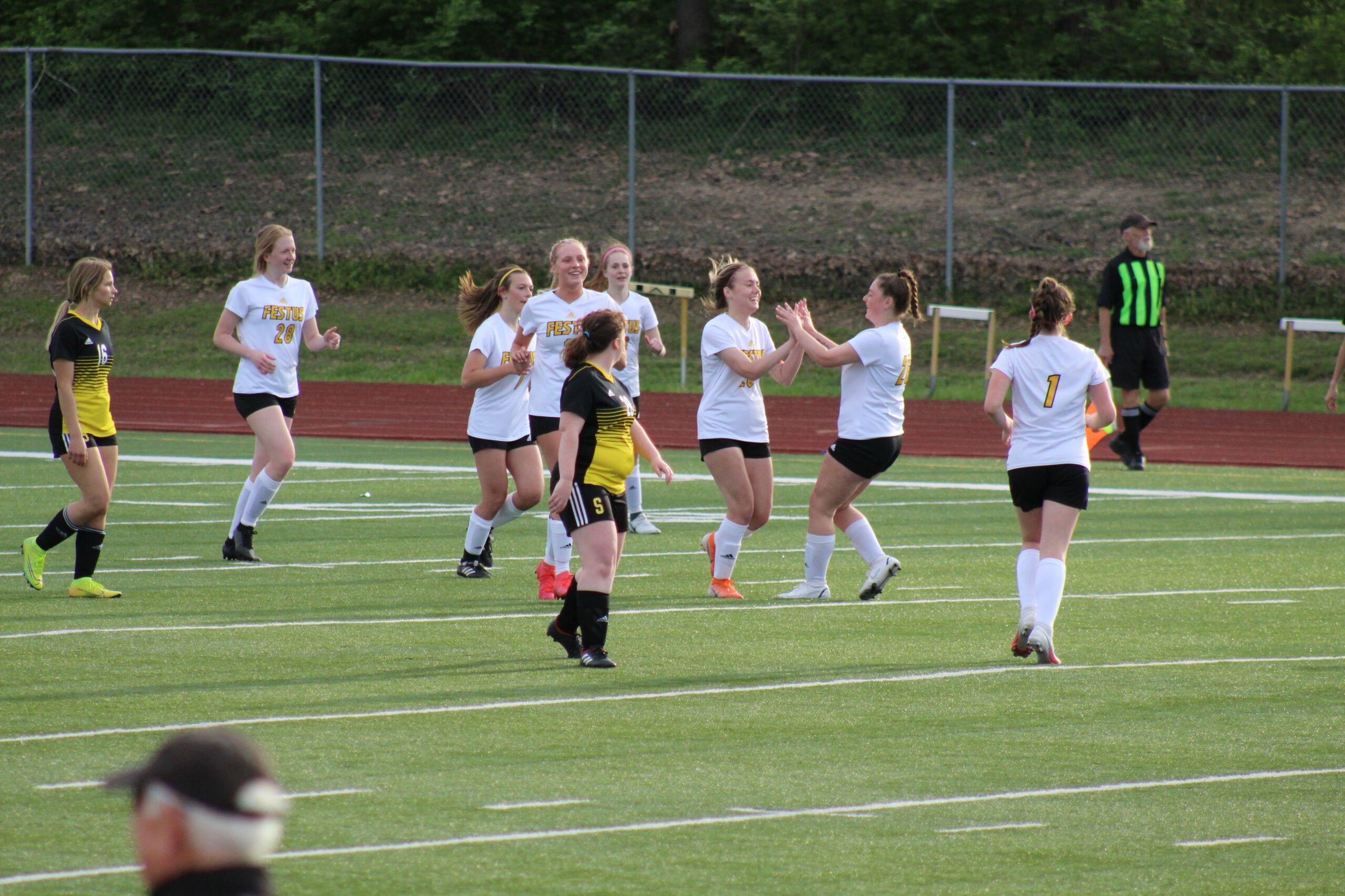