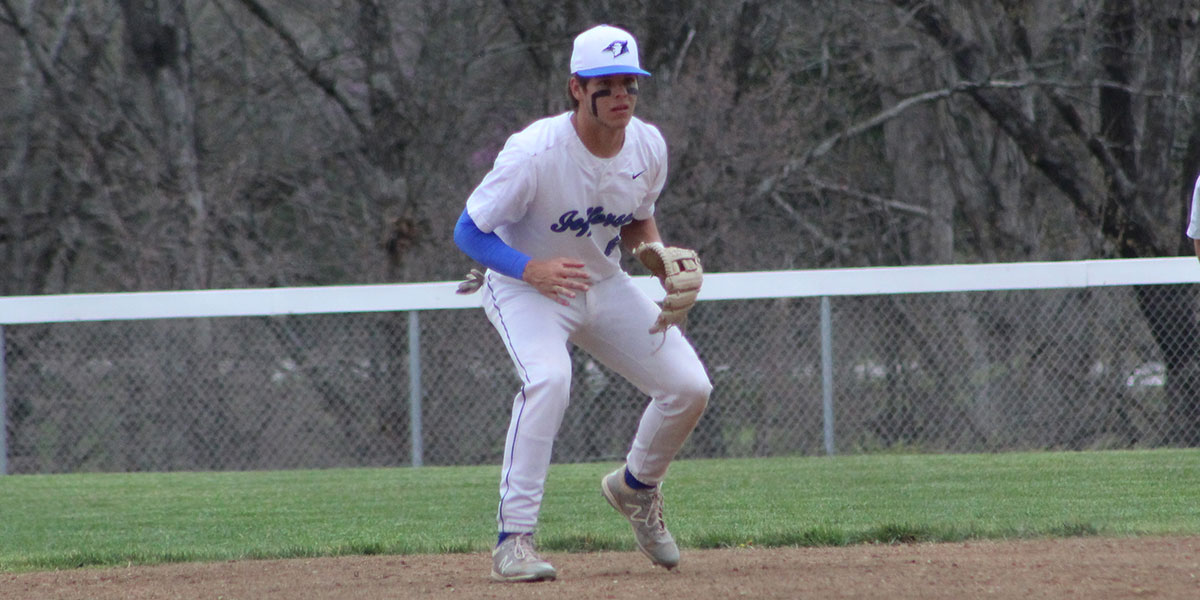 The Jeffeson R7 Blue Jays beat the Grandview Eagles 10-2 and push their record to 5-5. Their next challenge will be the Fredericktown Wood Bat Tournament that begins Friday, April 16th.

The Jefferson R7 Blue Jays Varsity Baseball Team rolled past the Grandview Eagles 10-1 on Wednesday. The Blue Jays have defeated the Eagles 12 consecutive times dating back to 2012.

The Blue Jays bats were hot and they got to work right away. Colby Ott hit a triple in the bottom of the first inning that brought Nolan Roth and Dawson Jakoubek around to score. Will Schnitzler followed that up with an RBI double that scored Ott. Colton Richardson and Daylen Whitener each had an RBI single in the first inning as well. The Blue Jays left the inning ahead 5-0.

Jefferson added on to their lead in the fourth inning. Ott again made the Eagles pay, this time in the form of a two-run home run. Roth singled in another run and Grandview walked one in as well. Jefferson led 9-0 after three.

“We had extremely good body language,” Richardson said. “We were out there all having the same goal and that was to have fun and win.”

Whitener started the game on the mound for the Blue Jays and dealt a gem. He held Grandview to just three hits and one run through all seven innings. He also struck out seven Eagles.

“It makes it easy to pitch when you know what kind of defense is behind you,” Whitener said after the win.

The Blue Jays have successfully battled back to .500. They have won three of their last four games and are starting to pick up some momentum. Jefferson looks to make it two wins in a row against Arcadia Valley in the Fredericktown Wood Bat Tournament on Friday, April 16th.