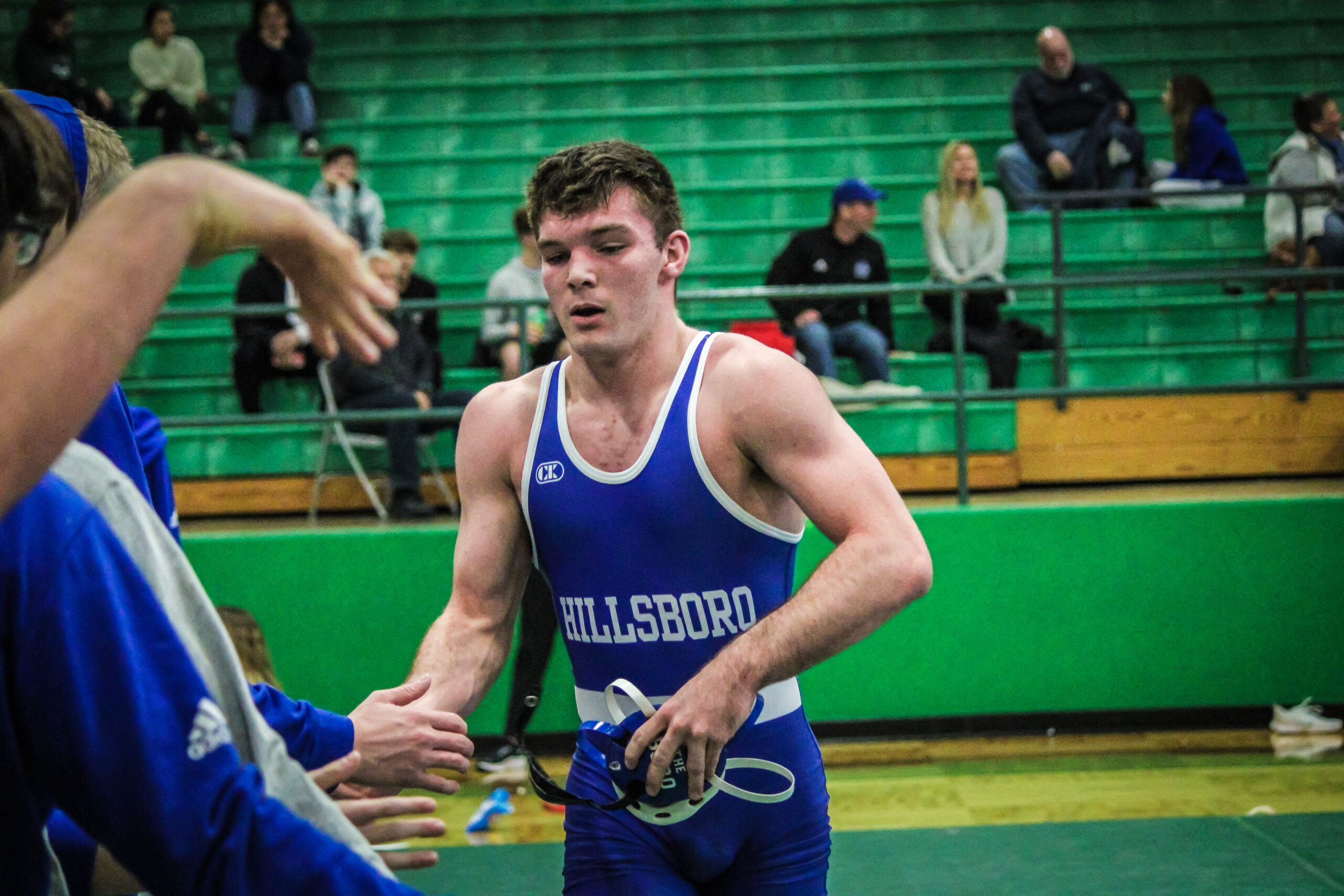 The Wrestling Hawks of Hillsboro take 9th out of 28 schools in the Cheesehead Invitational in Wisconsin over the weekend.

Out of 28 schools, the Hillsboro Hawks finished in ninth with 397 team points. They also finished tied for fifth place for most pins with 21. The Hawks had 10 wrestlers finish in the top 15 and five land in the top eight. Head Coach Matt Mitchell thought the trip was a success, and said, “It was a great tournament for our team and we are thankful for the opportunity. I want to thank all the parents and people who support this team that made the trip happen. Our kids were excited to compete and the effort was great.”

Individually, these athletes left it all on the mat, and turned in some excellent performances. At the 106 lb. weight class, Gabe Barnett went 2-2 on the day. He had one pin fall victory and finished in 18th place.

Next up was Jordan Penick at 113 lbs. Penick had a 3-2 day, winning one match by pin. He won his final match for a seventh place finish. Coach Mitchell noted, “Coming in as a Freshman he has had a big learning curve. He gutted some matches out this weekend, and I am very proud of the way he responded to some adversity at Cheesehead and even in our Ste. Gen dual earlier this week.”

Gavin Alexander wrestled at 120 lbs. and had a tremendous day, winning five matches in a row, four by pin. However, in the championship match, Alexander fought valiantly but lost an 8-4 decision, earning a second place finish. Said Mitchell, “Gavin reached the finals and came up just short. We got caught in a bad spot and that small error ended up being the difference in the match. Gavin is really motivated right now. This tournament was a step in the right direction for him.”

At 132 lbs. Blake Jackson finished with a 2-3 record, landing him in 15th place. Both his wins came by decision.

Evan Morris stepped on the mats at 152 lbs. He had a long day, wrestling in eight matches and finishing with a 2-6 record. He had one major decision win, 14-4. At the end of the day, his efforts landed him in 13th place.

At 160 lbs. Griffin Ray turned in a stellar outing. He also competed in eight matches, and ended with a 5-3 record, with four wins by pin. When all was said and done, his performance put him in fifth place. Mitchell said, “Griffin wrestled great. He was solid in every match. He was wrestling other kids that have already committed to colleges just like himself. I’m proud of the way he battled. If you look at the scores, he had some close matches with the best kids in the tournament. Fifth place was an outstanding finish for him.”

Landing in the top 10 at 170 lbs. was Dalton Litzsinger, who was also busy with eight matches. His 4-4 record, including one pin, earned him a sixth place finish. “Dalton was fun to watch. I’m glad he got to go on this trip as a Senior. It’s probably something he will always remember. He took sixth and beat some great kids along the way. I look forward to Dalton finishing the regular season strong,” said Mitchell.

Aidan Petit, at 195 lbs., wrestled seven times and had a rough day. He finished with an 0-7 record and a 15th place finish.

Nate Barnett went 3-3 on the day with one pin, landing him in ninth place.

Finishing with a 3-1 record, Jordan Jarvis found himself in 17th place. He won all three matches by pin.

Hunter Rhodes cracked the top 10 with his outing. His 4-2 record put him in ninth place, while three of his victories came by pin.

Also finishing in ninth was Sam Richardson. He went 2-4 on the day, with one pin.

Jackson Tucker wrestled seven times and came home with a 4-3 record, including two major decisions and a pin. He just missed the podium by finishing in fourth. Mitchell was complimentary, and stated, “Jackson had a great tournament. He actually got to wrestle the number one ranked wrestler in the country at his weight. Jackson took a few losses but had some outstanding wins as well. I felt we let one get away in the third place match. Jackson will learn from that and carry it into the postseason.”

Wyatt Yaeger wrestled three times and had a 1-2 record, with one pin, for a 17th place finish.

Hillsboro wants to be the best, and to be the best, you have to face the best. Mitchell was proud of his team, and said, “We are coming home with some experience that I think will help our team reach the next level.” It was an excellent learning opportunity for the Hawks, and will without a doubt make them even better.