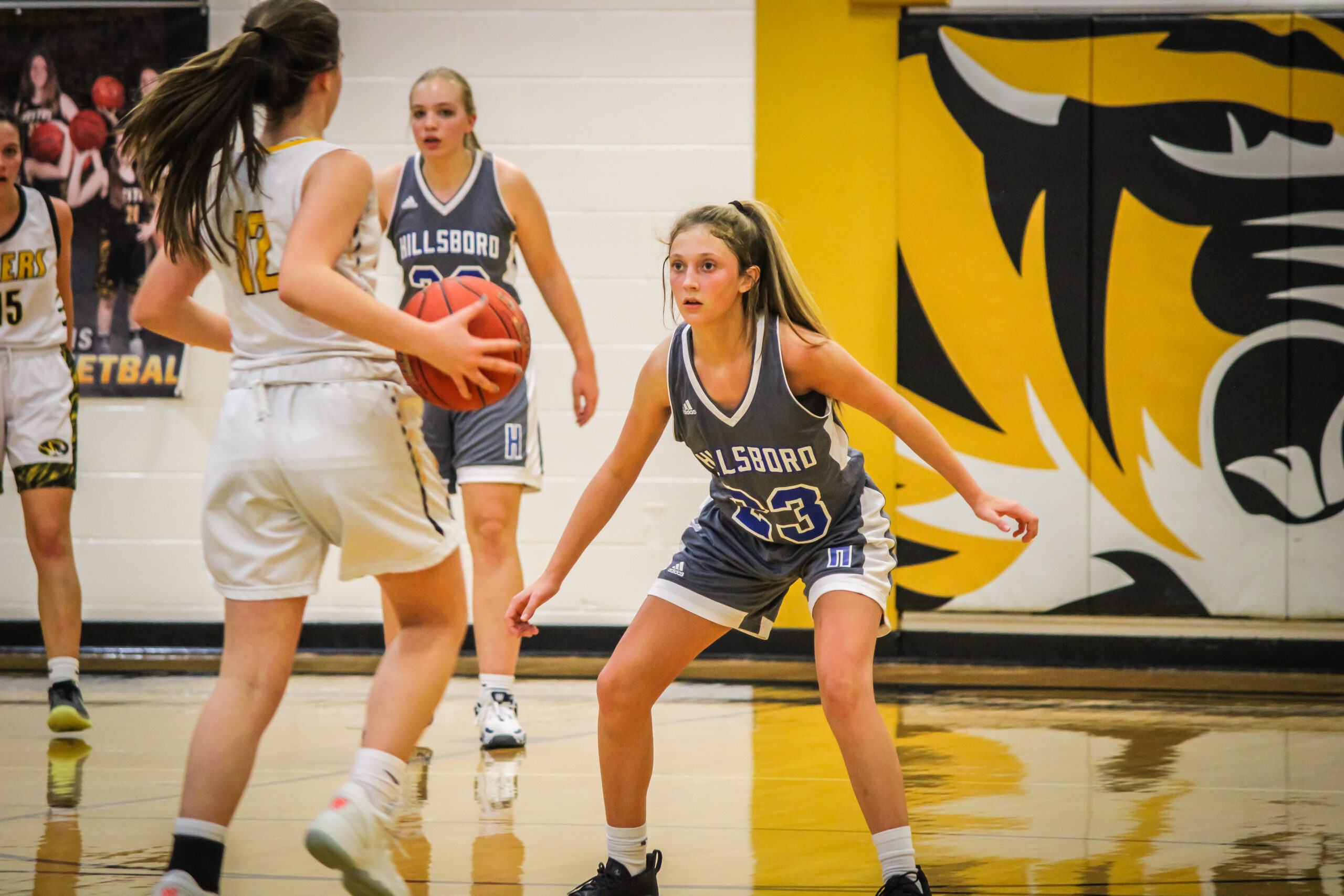 The Varsity Lady Tigers of Festus stumble against Seckman, but rebound to take down the rival Hawks to move to 12-4.

The Fetus Tigers Girls Varsity Basketball team suffered a rare loss to Seckman on Tuesday, but rebounded to dominate their crosstown rivals the Hillsboro Hawks on Thursday. The loss snapped a four-game winning streak, but the subsequent victory bumped the Tigers’ record to an impressive 12-4 on the season.

The game against Seckman started out rocky with a 17-12 first quarter that favored the Jaguars, but the Tigers battled back in the second a bit and forced an even 12-12 frame. That effort kept them in the game heading into the half with a manageable five-point (29-24) deficit.

The second half of the game was much closer, but Festus still failed to outscore the Jags in any quarter. They dropped the third 9-8 and then the fourth 16-15 as Seckman fended off any attempt at a comeback from the Lady Tigers. Sadly, poor shooting was Festus’ undoing in this one, as they managed just 23% from the field, while Seckman had the hot hand, hitting an impressive 50% of their attempts.

Still, the Tigers had some standout performances in spite of the loss. Kinsey Benack registered a double-double with 12 points and 10 rebounds (including five steals), while Emily Holt led the team in scoring with 13 points and had eight boards of her own. Josie Allen was notable was well with 12 points, four rebounds, two assists and a pair of steals.

Head Coach Steve McFarland was blunt in his description of the game, saying, “We have to play better defense in the paint and apply more pressure on the ball.”

Sounds like the Tigers bought into that philosophy, because they quickly flipped the script in their next game against the rival Hawks. Festus brought not just their revamped defense, but some impressive offense as well as they cruised to a 53-30 win.

The opened the floodgates from the initial whistle, as evidenced by a 21-10 first quarter, and then kept the line moving in the second with a 10-9 showing that left them with a 31-19 advantage going into the break. The second half was where the defense would really shine with 12-5 and 10-6 quarters, and the Lady Tigers snuffed out any semblance of momentum the Hawks tried to muster.

Allen was the architect in this one as she led the team in rebounds (eight), steals (seven), had seven points and four assists against zero turnovers. She wasn’t the only one to fill up a box score though as Benack had 12 points, four rebounds, five assists and six steals, while Mya Courtois led the Tigers with 15 points.

Coach McFarland was proud of his group and their effort, saying, “Our key to victory tonight was pressure defense and good first half shooting (14 of 29 from the floor), and we learned that we can come out ready to play from the very start of the game.”

It’s nice to have a win under your belt heading into a fresh week, and the Tigers are likely thankful for that, especially one that came against their biggest rival. They now sit at an impressive 12-4 on the season and look to keep the momentum alive as the season rolls on.