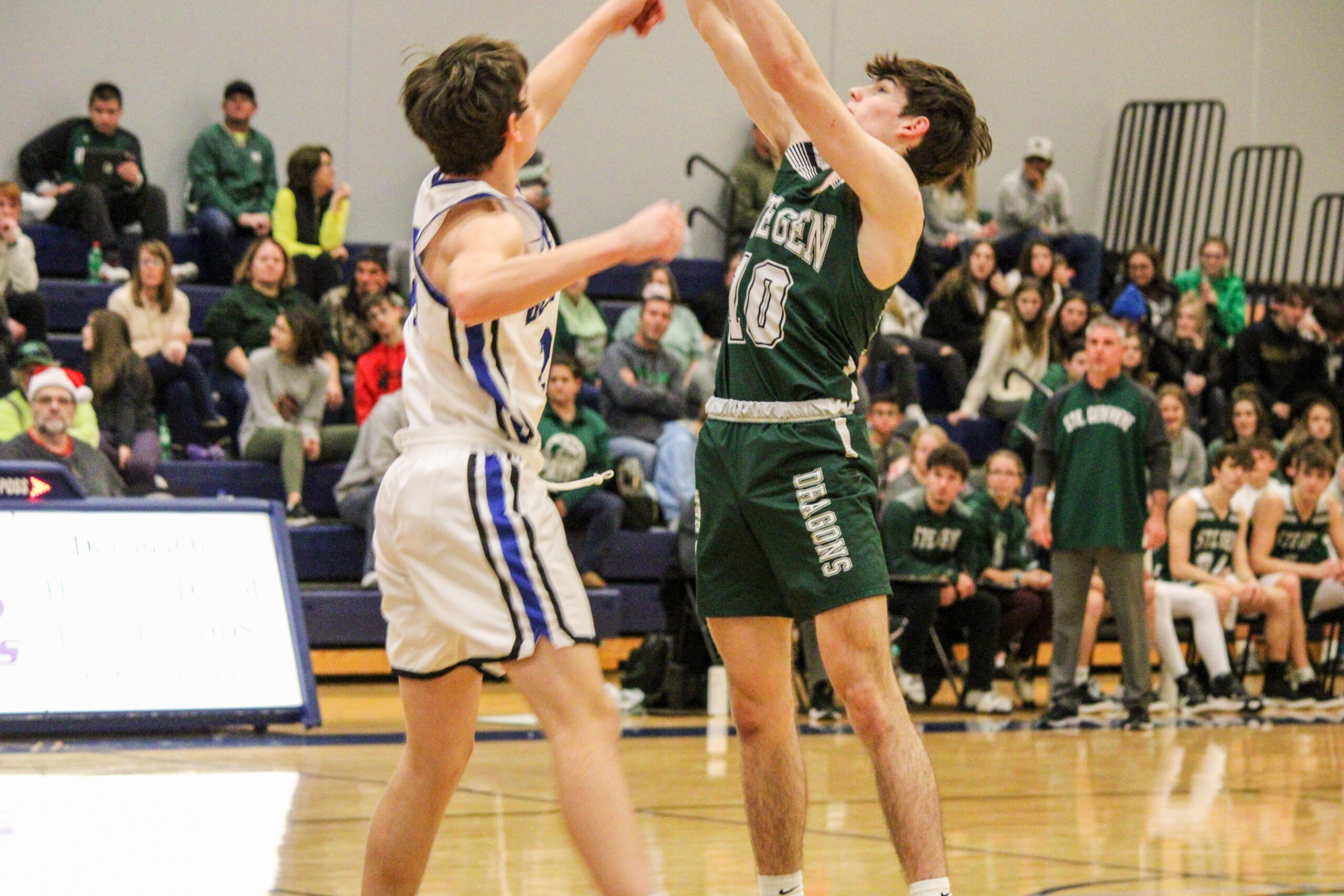 The Ste. Genevieve Dragons Varsity squad successfully defeats West County, but doesn’t get the job done against Farmington, giving them a 1-1 record on the week.

The Boys Varsity Basketball team for Ste. Genevieve is back into regular season action after the Holiday break. The Dragons faced two schools last week, West County and Farmington, and went 1-1 in the two games.

First up were the Bulldogs from West County on Tuesday, January 4th. The scoring started hot for both teams as Ste. Gen took a 15-11 lead after the first quarter. Then, in the second quarter, the defense for Ste. Gen got big in the paint and they held the Bulldogs to only six, which gave the Dragons a hefty 31-17 lead going into the break.

In the third quarter, the defense did it’s job again, holding West County to another six spot, making it a 44-23 game going into the final frame. The Dragons kept the heat on in the fourth, finishing with 17 more in the quarter to end the game strong with a 61-35 victory.

There were a few impressive performances for the Dragons. Aiden Boyer had a standout showing and led the way, notching 20 points, with eight rebounds as well. Just behind him, Rudy Flieg doubled up with 14 points and 11 rebounds. Blake Morganthaler also put up 10 points.

After the game, Head Coach Robert Coleman was complimentary of his team, and said, “Our guys came out and played really good defense the entire game. We did a great job of stopping them from attacking us. On offense we attacked and moved the ball really well. I thought it was a great team win for us. A lot of guys contributed either on the offensive side or defensive side of the ball.”

The next game of the week was against the Farmington Knights on Friday, January 7th. This game didn’t go quite as well for the Dragons. The game was close through the first quarter with Farmington edging out the Dragons 10-8 on the scoreboard. However, Farmington went off in the second, tallying 16 to Ste. Gen’s nine, giving the Knights a 26-17 lead at halftime.

In the third quarter, the Dragons really fell behind as Farmington exploded with 23 points. Ste. Gen only managed 10, putting them behind by 22 going into the fourth quarter. Farmington coasted to the finish line as Ste. Gen couldn’t close the gap, giving the Knights the victory by the score of 57-40.

Ste. Gen needed more from their offense on this night, but a few players stepped up and did what they could. Ricky Hunter played well, scoring 15 points. Morganthaler contributed nine points and four rebounds, while Flieg had eight points and five rebounds as well.

A lot can be learned from both victories and losses. The 1-1 split wasn’t what the Dragons were hoping for, but there’s no time to lick their wounds as they now must put that behind them and build for success the rest of the way. Every game is a chance for improvement, and there are many more games still to be played.