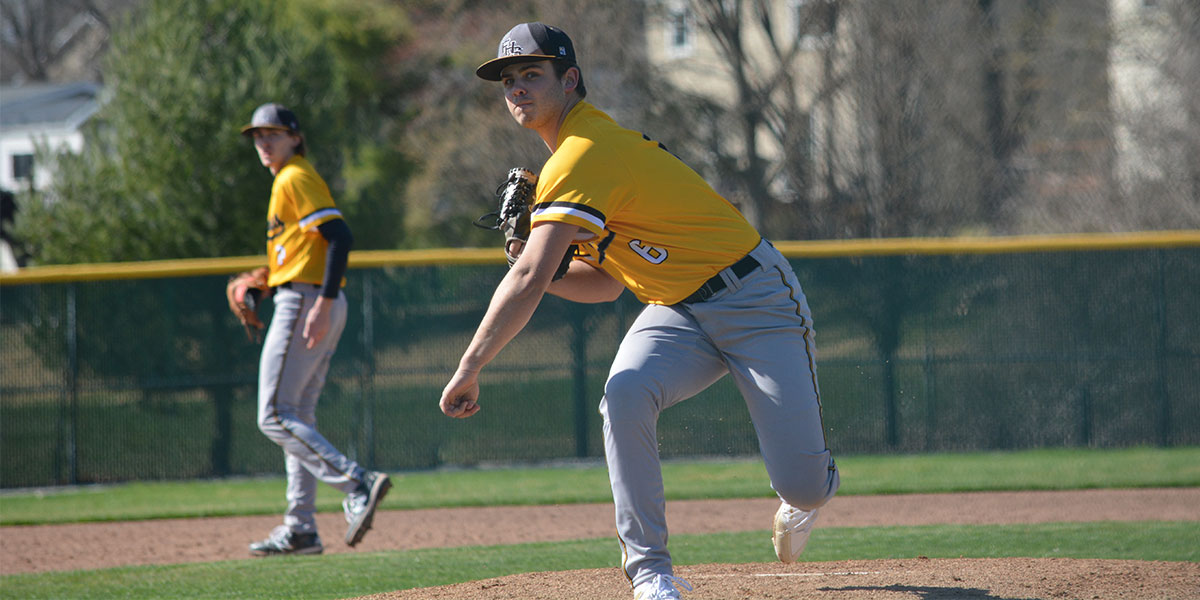 The Festus Tigers blow past the Fox Warriors 10-4 on Wednesday. The Tigers are 2-1 and take on Park Hills Central on Monday, March 29th.

The Festus Tigers Varsity Baseball team picked up their second win of the season with a convincing 10-4 victory over the Fox Warriors on Wednesday. Festus is 2-2 against Fox dating back to 2015.

It was an offensive explosion for the Tigers, but it took some time for the bats to get hot. Fox, on the other hand,  got to work right away. The Warriors took three runs off of Cole Wagner in the first inning. However, none of the runs were earned, and largely came off of Festus’ mistakes. Nonetheless, Fox held a 3-0 lead after one frame.

Festus started their scoring in the third inning. Ethan Carroll took it upon himself to put the Tigers on the board when he fired a blast into right field that sailed over the fence. The homer also scored Collin Reando, and just like that Festus was only down by one.

Fox added to their lead in the bottom of the fourth when they scored on a wild pitch. From then on, it was all Festus. They added two runs in the top of the fifth, both off of Fox errors, and tied the game at four.

The Tigers added three more runs in the top of the sixth. Reando hit a two-RBI single that scored both Cameron Ford and Wyatt Huskey. That gave them the lead, but they still had some scoring to do. Wagner scored on a passed ball just one batter later. Reando eventually came around to score in the inning as well, and Festus left the sixth inning ahead 8-4.

The Tigers put the cherry on top of the blowout in the seventh. Brendyn Zohner scored on another wild pitch by the Warriors, while Wagner scored on a passed ball one batter later. Festus closed out Fox with a 1-2-3 inning and secured the 10-4 victory.

Reando held the hottest bat of the day. He went 4-4 at the plate, scoring three runs and picking up two RBIs.

“I just felt really comfortable and was able to work the counts in my favor,” Reando said. “I was looking for solid pitches and just tried to not get ahead of myself.”

Carroll picked up two RBIs as well. Husky and Wagner had the only other two Tiger hits.

Wagner started the game for Festus and threw one inning. He allowed three runs and walked three batters. Aidan Irelan was the first out of the bullpen in relief. He gave up four hits and one run through three innings. Kaleb Kennedy pitched the remaining three innings. He let up only one hit and struck out one batter.

“I think just relying on one another is a big thing,” Reando said. “Our pitchers need to rely on our defense to make plays, and offensively we need to rely on each other to produce. As long as we are backing each other up all the time, I don’t see why we couldn’t have a great season.”

Festus has won two games in a row after dropping their first of the season. The Tigers’ bats have come alive and they’ll do their best to keep their offense rolling. Next, Festus has Potosi on Friday, March 26th.