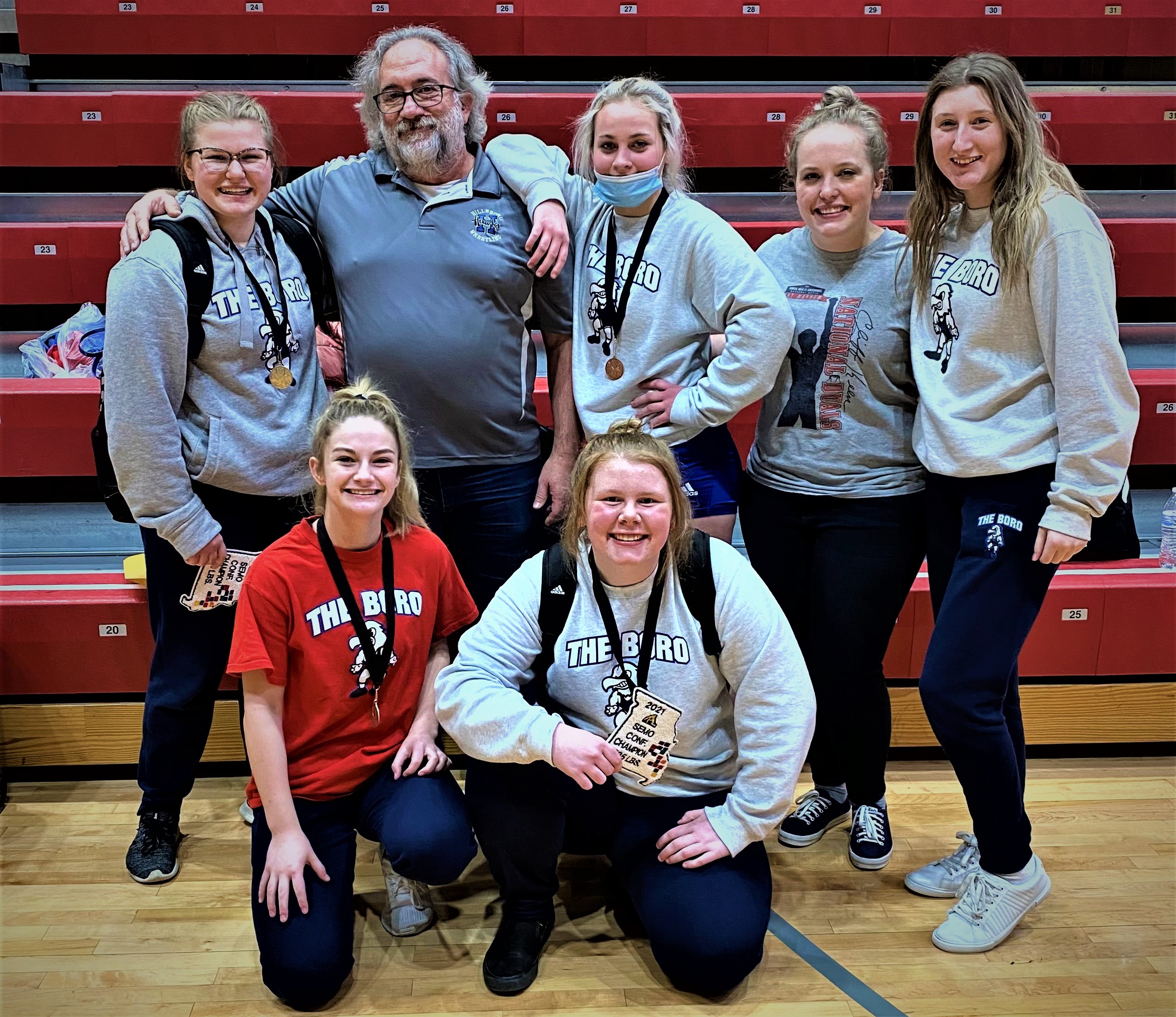 The Wrestling Lady Hawks of Hillsboro boast five medalists in the SEMO Tournament, including two Gold, earning them a fourth place finish in the conference meet.

The Hillsboro Hawks Girls Varsity Wrestling team was in action on Thursday, January 21 participating in the SEMO Conference tournament. The team entered six participants, five of whom medaled, leading to a fourth place finish for the Hawks. Head Coach Jeffrey Hoese was pleased with the outcome and said, “I am extremely proud of the effort that the girls showed at the Conference tournament. We’re starting to peak at the right time just before Districts.”

Wrestling at the 112 lb. weight class, Mika Barciszewski went 2-2 on the day, with both wins coming by pin. Barciszewski earned the Bronze Medal.

Ashlynn Dean, at 132, had five matches, winning four, two of which by way of pin. Dean brought home a Silver Medal for her efforts. “Dean continues to improve each meet,” said Hoese. Dean says she prepares herself mentally before each match. She noted, “Before I step on the mat, I clear my mind and only think about the match I’m about to have. The only thing on my mind is winning and determination!”

At 137, Katie Hendrix went 1-2 on the day with her win coming by pin, good enough for the Bronze Medal.

Alleigh Culley, at 174, swept her bracket, winning three matches, all by pin, earning the gold medal. This is especially impressive as Culley is a Freshman in her first year of wrestling.

Lastly, at 235, Marissa Hudman went 2-1 on the day, which won her the weight class and earned her the Gold Medal. Hoese commented that every match was a dog fight in this bracket.

With districts just around the corner, the Hillsboro Lady Hawks will continue to train hard and stay focused.