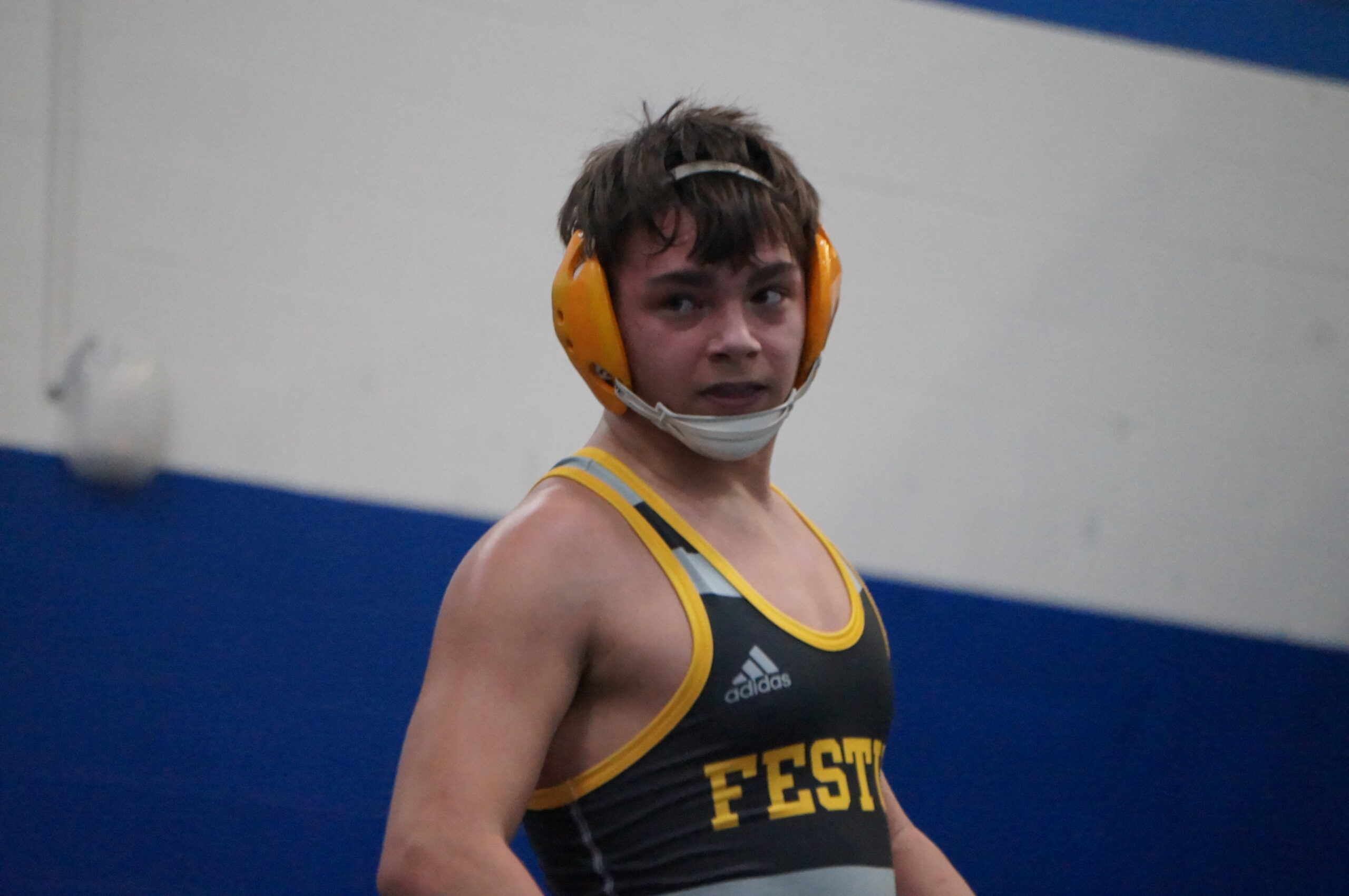 The Festus Boys and Girls Tiger Wrestlers have an excellent day of grappling, coming home with four gold medalists and a sixth place finish for both the boys and girls.

On Saturday, January 9, both the Festus Boys and Girls Varsity Wrestling teams were in action in the Central Rebels Invitational Tournament.

The boys squad managed to rack up 143.5 points, good enough for a sixth place finish out of 16 schools.

At the 120 lb. weight class, Carter Wallace placed sixth with a 1-3 record.

At 126, Andrew Nahlik earned a first place finish by winning two matches. The first was a 40-second pin, while the second was a 5-0 decision in the finals. Head Coach Jason Nahlik said of his captain, “He leads by example on and off the mat.”

A. Nahlik wants to be ready for anything, and said, “This week I plan on working on wrestling with a mask on to get ready for our match with Webster Groves on Thursday.”

Lucas Mercurio, at 145, placed sixth with a 2-3 record, winning one match by pin.

At 152, Robert Buehre took fifth with a 2-2 record, with both wins coming by pin.

Wrestling at 182, Luke Shaver went 4-0, with two pins and two decisions, to take home first place. Shaver, who his coach calls a hard-nosed grinder, has nothing but competition on the mind, and said, “Before the tournament, I just think about how I’m going to destroy everyone.”

Christopher Bentrup placed 7th at 220, with a 1-3 record, winning one match by pin.

In the girls tournament, the Tigers took sixth out of 15, coming in with 65 team points. The girls had a great day, especially entering only three competitors.

A. Nahlik commented that he has enjoyed seeing the girls team improve, and mentioned, “One of the tournament highlights for me was watching all of our girl wrestlers perform so well. It’s been amazing to see them learn and develop so much over such a short period of time.”

Wrestling at 107, Lee Ann Dobbs won first place with a pin at 2:45 in the Gold Medal match.

At 122, Lauren Mills took second place with a 4-1 record. She had four pins, but lost the Gold Medal match by decision.

Coach Nahlik has been impressed, and said, “I am expecting all of our girls to make it out of districts and into sectionals this year. They have been working hard in the room to better themselves every day.”

The Tigers take to the mats again in a tri-school dual event on Wednesday, January 13 featuring Hillsboro and De Soto.