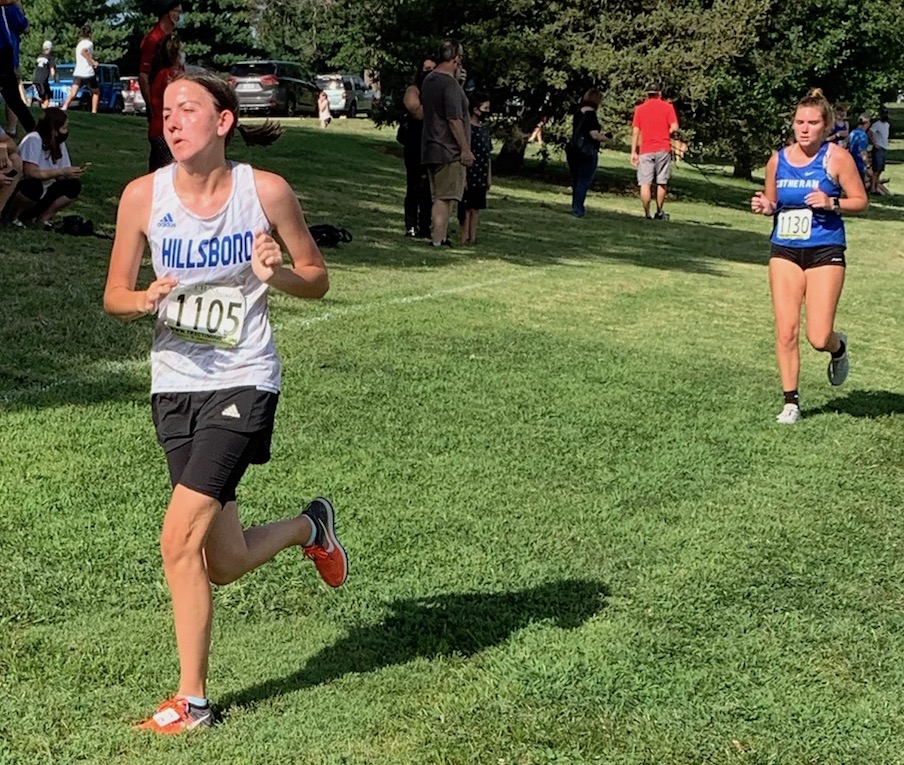 The Hillsboro Hawks walked away from the Orchard Farm Cross Country Invitational with 17 total medalists.

The Hillsboro Hawks showed up at the Orchard Farm Cross Country Invitational on Thursday.

Both the Varsity Boys and Girls left the Invitational as meet champions and had 17 total medalists. The boys had 29 points and finished above five other teams. The girls had 35 points and placed above four other teams.

Josh Allison led the pack for the Hawks’ boys. He finished first with a total time of 16:18. Just behind Josh was Jonah Allison, who finished fourth with a time of 17:29. Gavin Vaughn (8th) and Tyler Winslett (10th) were top-ten finishers as well for the Varsity boys.

“I believe our team’s biggest strength is the camaraderie between all of the boys,” Winslett said. “We are very close with one another, and that helps us during tough workouts when some of the boys are feeling unmotivated.”

Josh Allison came into the meet with a lofty goal saying, “going into the race knowing that I can get a PR really pushed me. Especially because it was a perfect day and flat course, so I knew this is where I can have one of my best performances of the season.”

The Varsity girls had three finishes in the top ten. Anna Crosby finished third with a time of 20:23, Briana Langrehr finished fifth at 21:03 and Sophia Horrell came in ninth at 21:41.

Lexi Wallis finished second for the junior varsity girls at 25:48 while Christianne Davidson finished third with a time of 25:56.

The Hawks’ next contest will be the conference meet on October 17th at West City park, and will begin at 10 a.m.