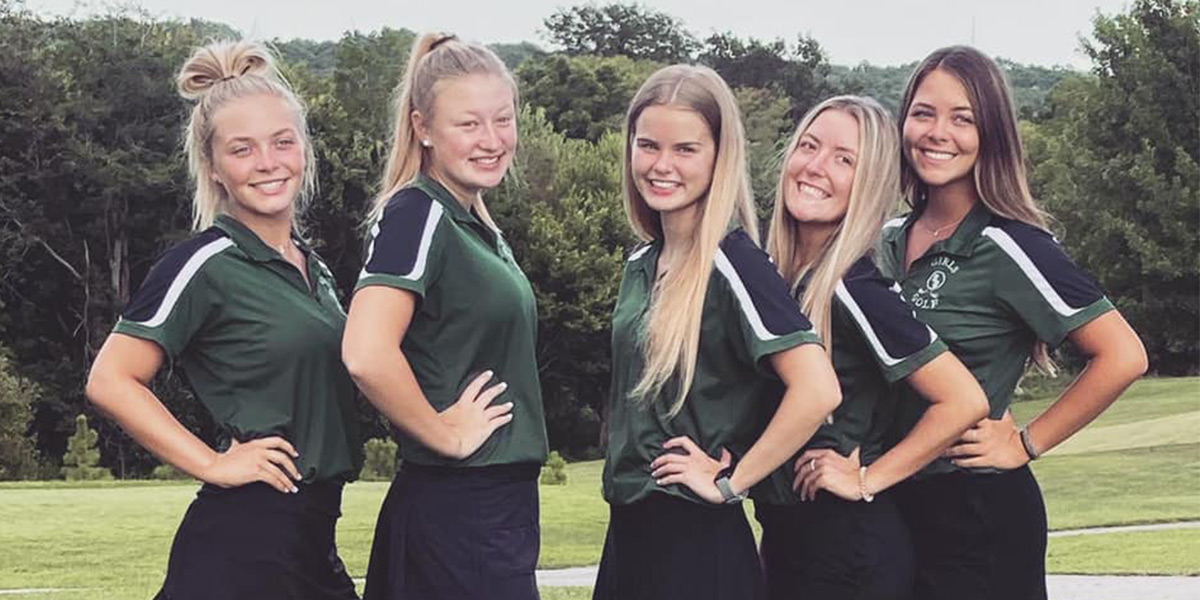 It was the best the Ste. Genevieve Dragons have ever shot, but it wasn’t enough to keep down the Jackson Indians. On September 16 at the Ste. Genevieve Golf Club the Dragons came to play. In fact, the team tied the best outing in the history of the school, by shooting a 194. It wasn’t enough to bring home the win, but the team was very proud of their effort. Coach Rachel McDaniel said, “It all came together. I gave each player a word or a couple of words to be their only thought for the match – no other thoughts. That mental focus led us to tying the school record for lowest 9 hole team score (which was set in 2016). I’ve been saying it since the start, we will set a record this year.” 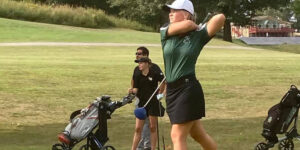 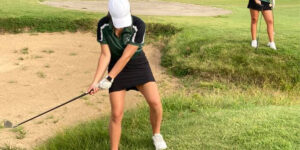 For consecutive matches, the team was led by Boston Williams who shot an incredible 45 on the back 9 of the course. McDaniel commented on Williams, “(She) is the case and point for why it is so important to practice during the off season and outside of practice. Her golf has shown great improvement… She’s playing on weekends. It’s making the difference. It’s exciting to watch her work pay in big ways for both her and the team.” Williams said, “I have improved my putting and chipping by just being repetitive. We practice this a lot at practice because as a team we could improve. I just found that doing the same routine over and over helps me improve.”

Just behind Williams were Etta Heller and Brooke Turner, who each turned in a score of 49. On Heller, “(She) is such a good ball striker. She hits the ball pure a lot. If we can get her short game to be more consistent, she would be dangerous. Her best golf is still ahead of her and that’s exciting,” said McDaniel. Turner’s round was also excellent. According to McDaniel, “I’ve been waiting for (her) to have this round. Brooke’s attitude on the golf course was exactly what it needed to be yesterday.”

Regean Naeger, Madison Vaeth, and Ava Meyer each contributed as well. Naeger’s 51 score led McDaniel to say, “(She) was the most relaxed I’ve seen her on the golf course. She’s still battling some back discomfort but she commented she had never felt that relaxed on the golf course before.” Not to be overlooked, Vaeth had a phenomenal round. “She just didn’t let the little things get to her and was swinging with confidence. It was fun to watch,” McDaniel said. Meyer hung tough as well. McDaniel noted, “If we can fix some small things in her swing, we will see big things out of her.”

On the Junior Varsity side, the team came to play, but were also edged out by Jackson by a score of 189-240. Addie Taylor and Lani Yamnitz shot a 54 and 56 respectively to lead their squad. Behind them were Maggie Myracle (63), Mia Schweigert (67), and Sydney Eisenbeis (69).

McDaniel spoke positively of her JV players too. “Taylor has been on the cusp of this score since the beginning of the season. Her positive mentality gets her through the bad shots and lets her have a lot of great shots and scores. She’s another one who finds time outside of practice to work on her game and it shows.”

McDaniel went on to say, “Yamnitz is exciting to watch. New to golf this year, you would think she’s been playing for much longer than that. Her swing is very natural, she’s very coachable, and she working on her swing outside of practice.”

In her first match of the season, Schweigert fared well. “Mia managed to card a great score. I know she isn’t happy with it but it gives us a place to start and there are small fixes we can make for big gains for her.” 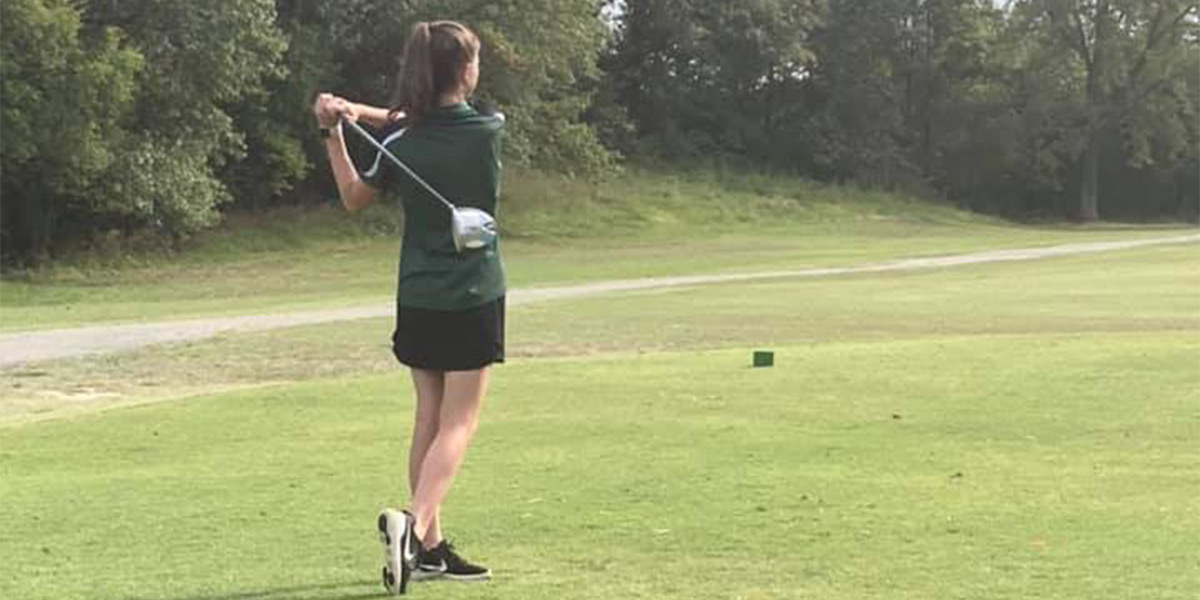