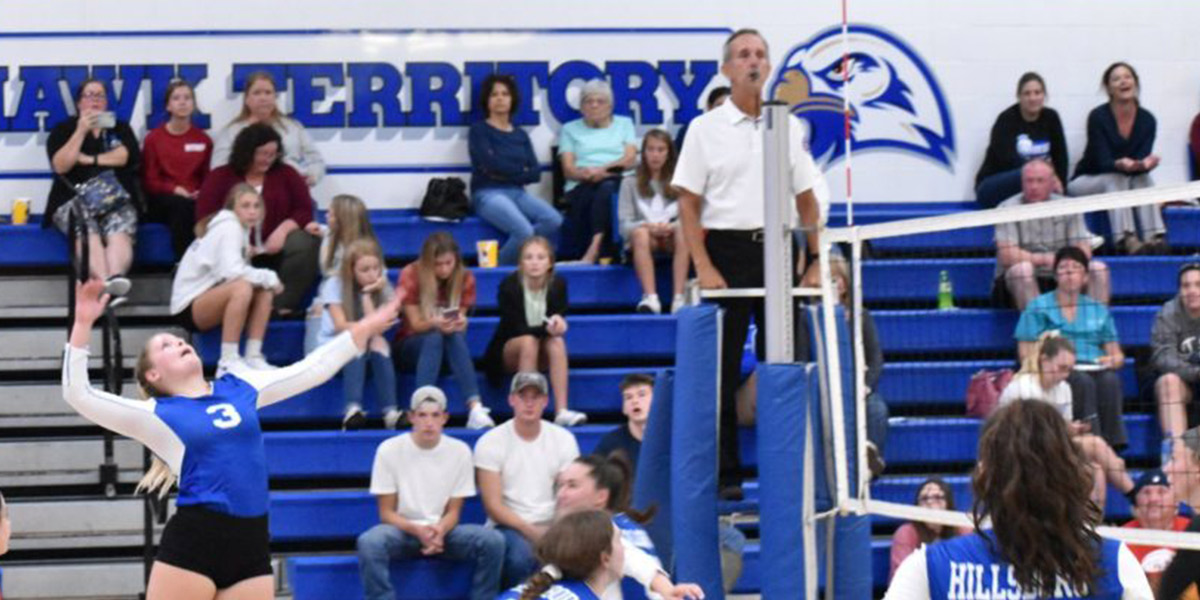 The Hillsboro Hawks handled Desoto in straight sets Tuesday to take its record to ten games above .500.

The Hillsboro Hawks grabbed their 15th win of the season against Desoto on Tuesday.

The Hawks took care of Desoto in straight sets and the win brought their record to ten games above .500.

“Working together as a team and knowing our roles helps us put it together to win,” Mackenzie Baker said after the win.

Maya Wright led the team in kills by a wide margin with 14. She was followed by Chastity Lucas with eight and Evelyn Roland with seven. Wright also had two solo blocks.

The offense ran through Roland. She led the way with 24 assists followed by Bella Lewis with 14.

“I tried to go to the hitters who were on that night and trust them to get the kills,” Roland said. “The passes did make it much easier to get the sets to the right people who could put the ball down.”

Baker served up six aces to lead the team. They were all in the same service rotation in the second set. She also received eight serves and converted on 22 out of 23 digs. Sophia Marchetti received 11 serves and had 27 digs. Bella Uzzle received 17 serves and had 16 digs.

The Hawks rolled through the night with only two errors through all three sets. Hillsboro will look to keep the ball rolling on Saturday, Sep. 19 in the Pacific Ninth Tournament.