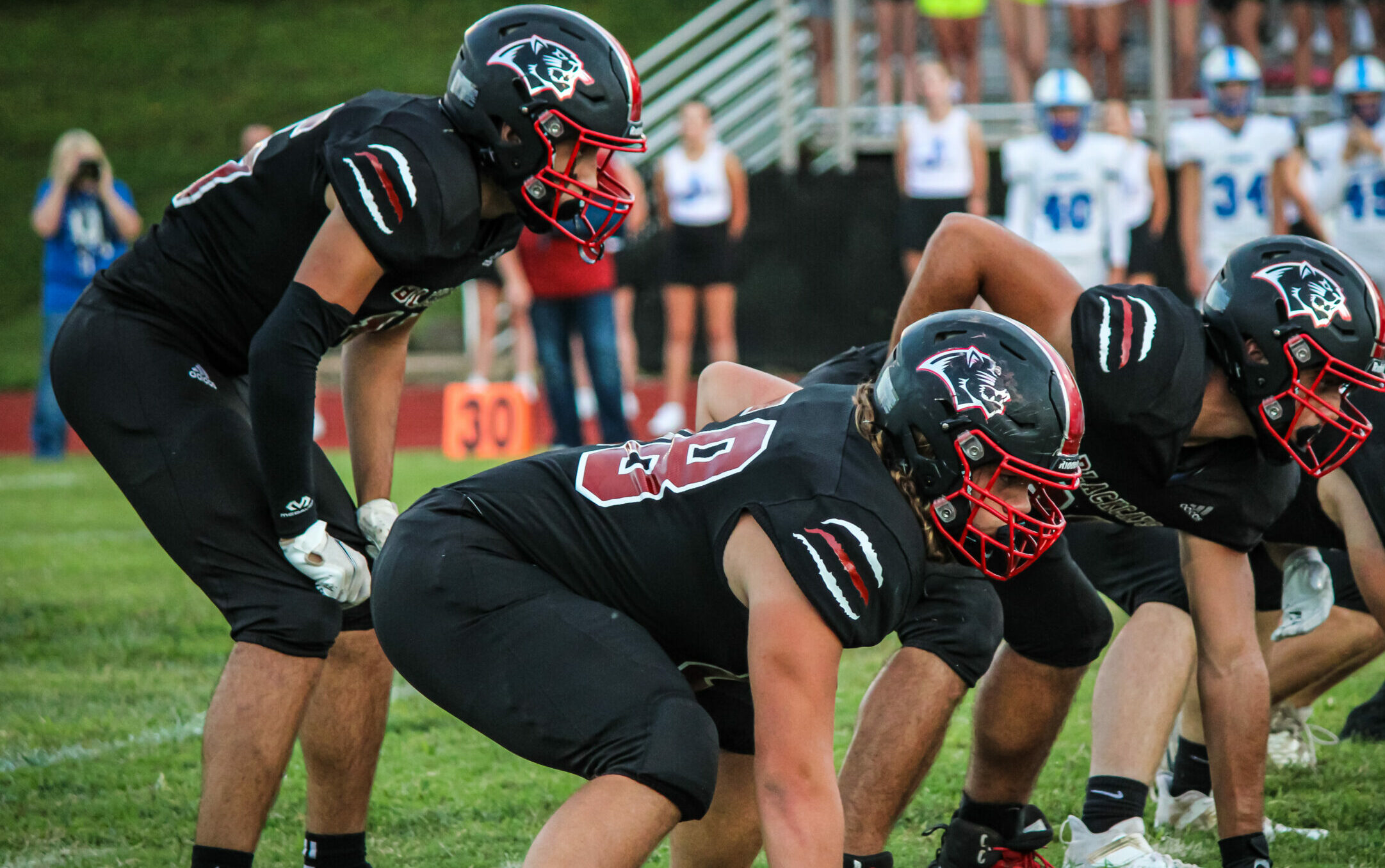 The Blackcats of Herculaneum barely edge out the Bayless Bronchos in the District Quarterfinals 28-24.

The Herculaneum Blackcats were missing a key piece of their offense in Lucas Bahr on Friday, but Running Back Mike Moloney stepped up and carried the team to a clutch 28-24 victory over the Bayless Bronchos on Friday night. The win snapped a two game losing streak for the Blackcats and advanced them into the District Semifinals.

The game got off to a rocky start, as the Bronchos struck first with a 22-yard rushing score to go up 6-0, but Herky answered back with Moloney punching it in from 15 yards out to tie the game at six. It was the first of four scores on the day for the bruising tailback, and he was responsible for the majority of the damage on both sides of the ball.

That would close out the scoring for the first quarter, but the game was a nail-biter through and through. The only points scored in the second frame came via a safety by Bayless and it left the Blackcats trotting into the locker room down 8-6. It was certainly not the offensive explosion the home club was looking for.

Head Coach Blane Boss must have had a rousing speech at halftime, because the defense clenched down, and the only score of the third quarter came from Moloney again. This time it was a two-yard run, and after the successful two-point conversion, Herky found themselves up 14-8.

The fourth quarter held all of the drama though, as the two teams would trade touchdowns back and forth throughout the frame. The Bronchos got it started with a four-yard run and a successful two-point try to take the lead 16-14, but the Blackcats answered right back on their next possession with another signature Moloney scamper. He busted one across the goal line from eight yards out to regain the lead 20-16.

Sadly, Bayless turned the dial to 11 on their next drive, hooking up on a ridiculous 62-yard pass play into the endzone. That gave them a 24-20 lead, but it was the last lead they would hold in the contest. Herky came storming back and marched down the field with Moloney finding pay dirt for the fourth and final time on a five-yard run. The two-point conversion was good and the Blackcats were up 28-24. After the defense slammed the door, it was a hard-fought victory and a ticket to the next round of the District playoffs.

The obvious hero in this one was Moloney. He rushed for an incredible 258 yards on an eye-popping 35 carries and led the defense with 10 total tackles. Herky was likely leaning on Moloney with Bahr (their top receiver and rusher) out in this one. Quarterback Jackson Dearing did his part with 92 yards passing on a 6-of-13 effort with one INT, but never found the endzone. Dylan Jarvis was the most effective receiver with four grabs for 74 yards.

The Blackcats had beaten Bayless earlier this year as well and Coach Boss commented on the effort, saying, “it’s always hard to beat a team twice, especially one that has nothing to lose. I thought Bayless had a good game plan to feed #12 Mark Patton the football and try to control the clock. Defensively we were pretty stout for most of the night but just gave up too many big plays. We need to start limiting the big plays if we want to continue to play solid defense.”

Herky survived this one and advances to the next round, but will have to travel to take on a second-seeded University City team in the District Semifinals. It should be a wild one on Saturday, November 5th at 1pm in an afternoon showdown.