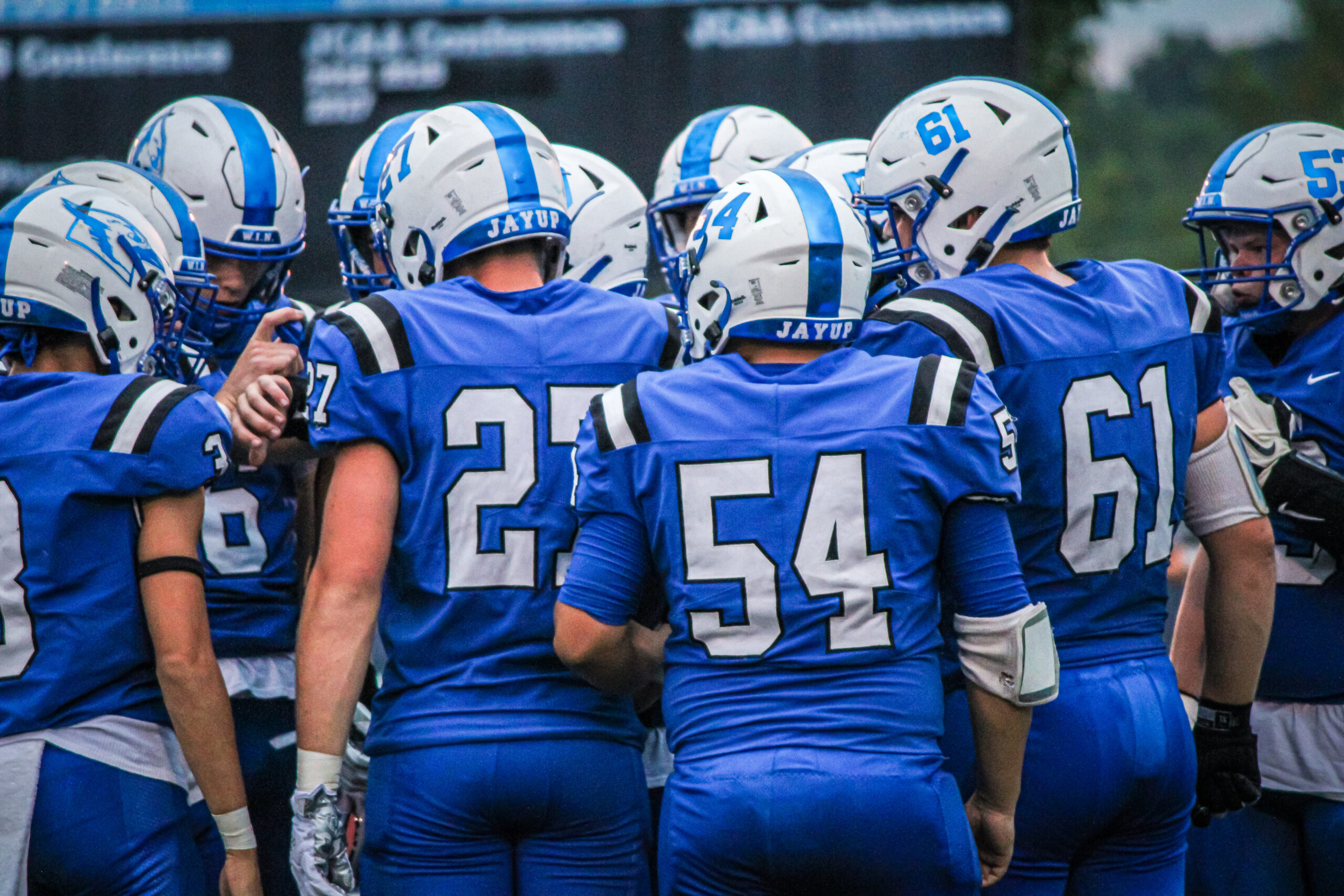 The Jefferson Blue Jays have back-to-back wins for the first time this season after a 20-7 victory over Perryville.

The Jefferson R7 Blue Jays rode another strong defensive effort and an improving running game to a 20-7 win over Perryville Friday night in front of the home fans.

After dropping three of their first four games the Blue Jays have back-to-back wins for the first time this season to even their record at 3-3. They also broke the Pirates two game winning streak.

After a scoreless first quarter, Perryville found the end zone first in the second frame to grab a 7-0 lead. But, the Jefferson defense kept the Pirates off the scoreboard from there on out.

The Blue Jays tied the game before halftime when quarterback Kole Williams tossed a 20-yard touchdown pass to Nate Breeze. It was 7-7 heading into the third quarter.

Leading rusher Sean Usery put the Blue Jays up for good with a 17-yard scoring run in the third quarter to make the score 14-7.

Williams put the game away with a three-yard run in the fourth quarter. The PAT failed to make the final score 20-7.

Usery backed up his 291 yard rushing effort last week against Bayless with 112 yards on the ground against the Pirates. It’s the third time he’s gone past the century mark this season. But for the first time this season, Jefferson had two rushers hit triple digits as Max Schnitzler had a big night with 108 yards.

Williams was a major factor in the offense with a perfect 3-3 passing night for 37 yards and a touchdown to go along with 35 yards rushing and another score.

The Blue Jays finished with 277 rushing yards and 314 total yards of offense.

As the offense improves each week, Atley can rely on a stingy defense just about every time out. Perryville is the fourth team to score eight or fewer points against his team’s defense this season.

As usual, there were plenty of standout performances on that side of the ball.

Schnitzler’s 108 yards rushing weren’t his only contribution by a long shot. He added four total tackles and a pass break-up. Mikey Frisk had a sack and a fumble recovery.

Jefferson will go for its third straight win on Friday, October 7th when it travels to Grandview to take on a team that has lost four straight after two wins to open the season. Kickoff will be at 7 p.m.