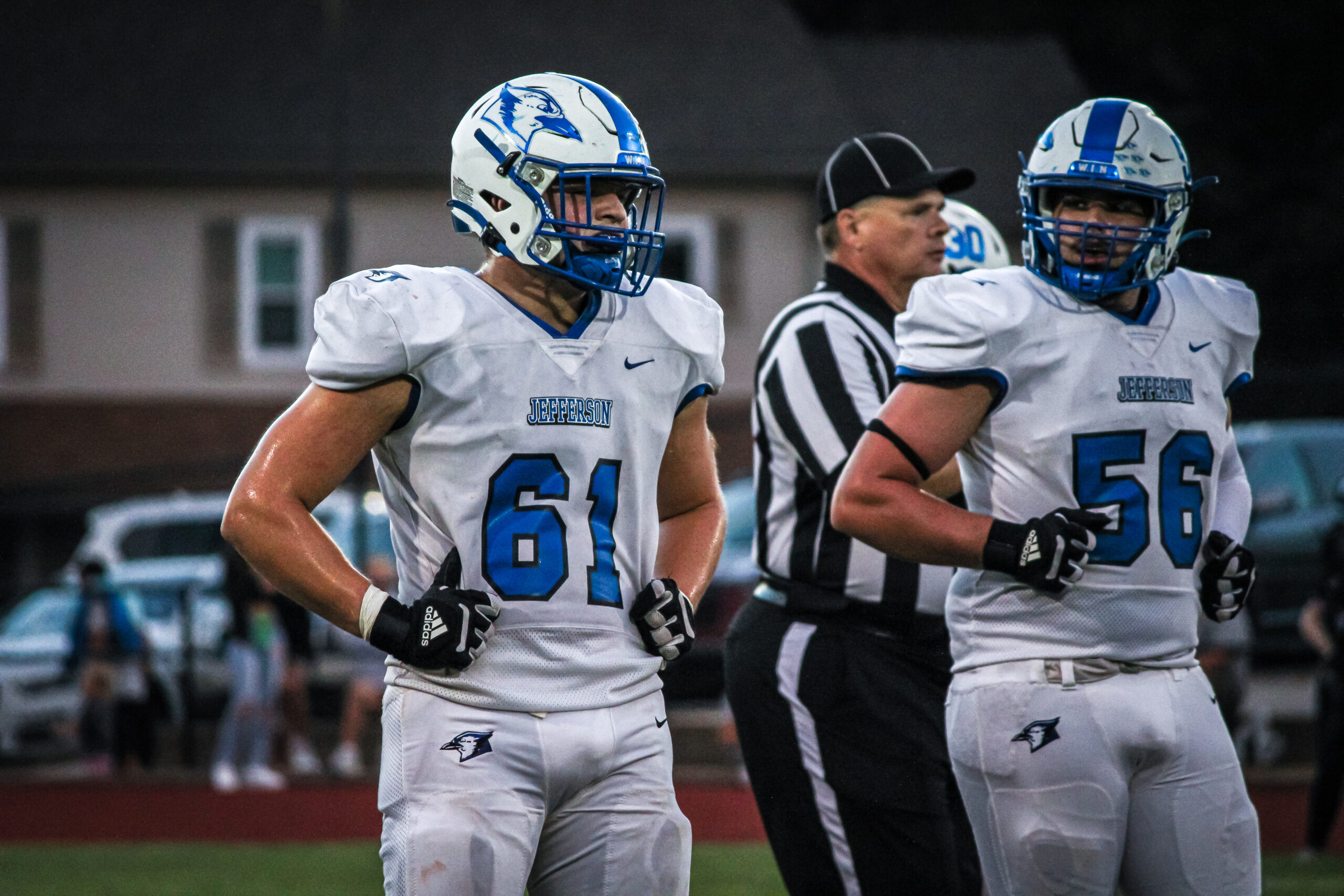 Jefferson has built a strong home field advantage, something the Blue Jays hope to use when they host rival St. Pius X this Friday night.

Despite a 1-2 start to the 2022 season, there should be a lot to be excited about for the Jefferson R7 Blue Jays this Friday night when they host arch rival St. Pius X.

Jefferson has created a true home field advantage with 11 wins in their last 12 games in front of the home fans, and they’re hoping that trend continues against a bitter rival.

These two schools — just ten miles apart – have been worthy foes over the last decade with the Blue Jays holding a 6-4 advantage during that period.

Jefferson was impressive in its only home game this season in a 35-8 drubbing of Cuba, but the offense has produced just 11 points in two road losses. So hopefully that home magic is still brewing.

Sean Usery has emerged a major threat in the running game. The Senior has averaged over 100 yards per game the last two outings and has racked up four TDs.

It looks like Usery and company will not have an easy time lighting up the scoreboard this week against the Lancers though, who have over-matched Bishop DuBourg and Grandview in their last two games by a combined score of 82-0.

The other match-up appears to be strength versus strength when analyzing the Blue Jays’ defense against the St. Pius X offense. Jefferson has allowed just 30 points in three games, and Sam Stokes has been all around the ball with 23 total tackles the past two weeks.

But, the Blue Jays face another dynamic quarterback this week in Smith, who averages 195 combined passing and rushing yards per game. He’s also produced seven touchdowns and will need to be contained.

However, slowing down Smith doesn’t guarantee you’ll keep the Lancers from moving the ball. Five different ball carriers have at least 130 yards rushing and seven different receivers have caught passes.

St. Pius X goes for its third straight win and Jefferson looks to get back to .500 when they face off Friday night at 7pm.