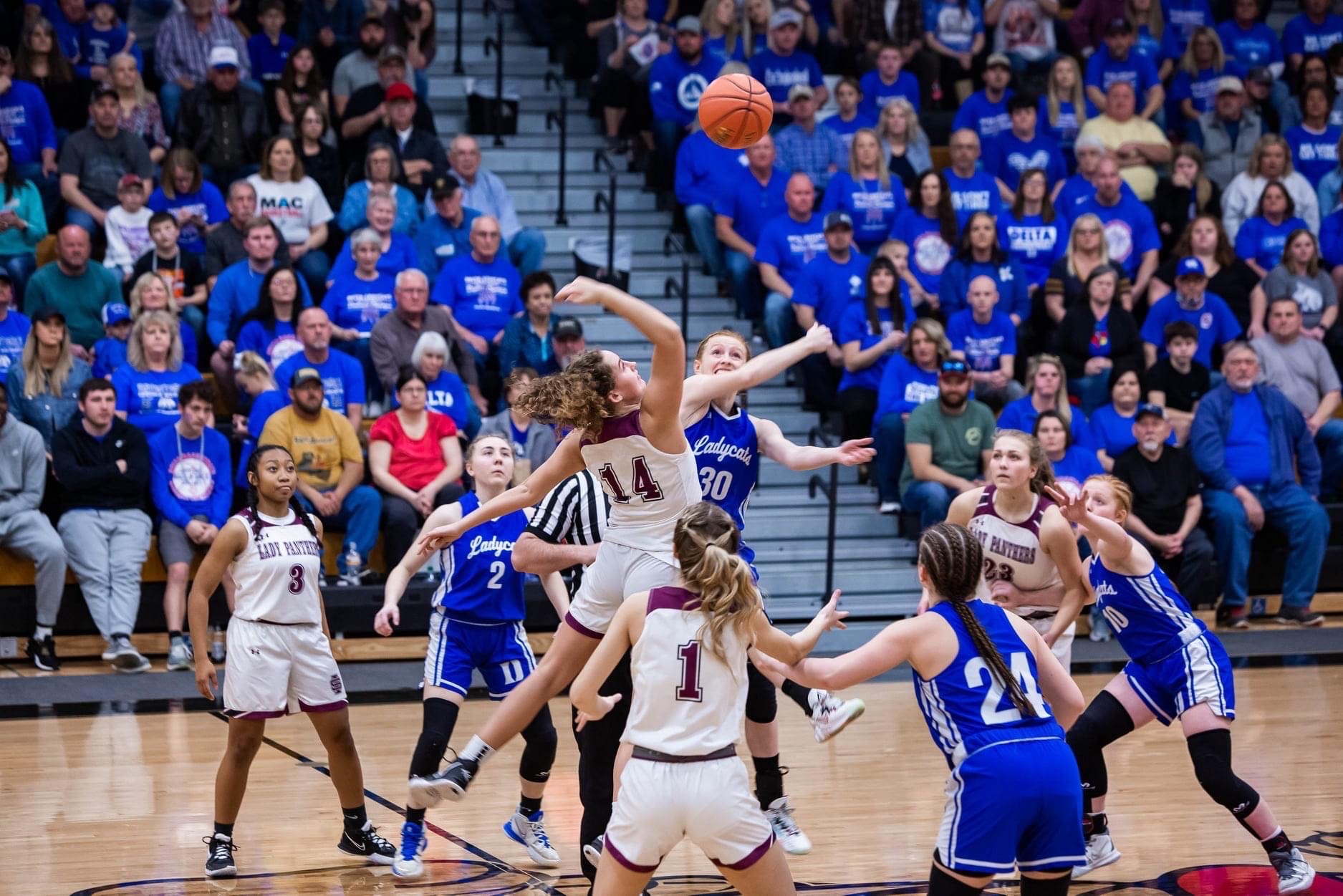 The South Iron Lady Panthers amazing 26-2 season ends in the State Championship Quarterfinals after a tough loss to Delta.

To say the Girls Varsity Basketball team out of South Iron had a remarkable season would be the understatement of the decade. The Panthers breezed through the regular season, conference play, districts and ultimately into the State Championship Tournament. They won their first matchup against Chadwick, and reached the State Quarterfinals before falling to an extremely tough Delta squad.

The State Tourney started off with a bang in the game against Chadwick, as the Panthers went up early and dominated the first half at both ends of the court with a 30-7 advantage heading into the break. Maddie Ayers was on fire early as she accounted for South Iron’s first 11 points.

After halftime, sporting a sizable lead, the Panthers kept pouring it on with 15-8 and 13-8 quarters to lock down the 58-23 victory and earn a trip to the State Quarterfinals. Head Coach Lawrence Graves loved his team’s effort, spouting, “I thought our girls came out with a great intensity tonight. Our defense from the get-go was outstanding. They had a couple of really good guards, and our girls couldn’t have done a better job of making their jobs difficult. Offensively, we played some really good team ball.  Maddie came out hot (scoring our first 11 points), but in this game, everyone was able to contribute.  This time of year, you want to be playing good team ball.”

They certainly accomplished that as every Panther scored in this one, led by Ayers who knocked down 18 (3-of-4 from downtown) and picked up six assists and five steals as well. Next in the pecking order was Enzley Dinkins who led the team in rebounds with eight and picked up 13 points of her own. Allecia Cornell was the other scorer in double digits with 12 to go along with three boards and three helpers.

The next win-or-go-home game came against a stout Delta squad that the Panthers knew would be a challenge. Things started off shaky in the first as Delta took a 21-13 lead, but South Iron did find their footing a bit in the second quarter with a 13-13 stalemate. Still, they found themselves down 34-26 at the half and would have their work cut out for them.

The whistle after the break wouldn’t bring good tidings though as Delta extended their lead with a 16-10 third quarter, and then closed it out in the fourth by bleeding the clock, despite both teams being knotted at 12 in the frame. Delta advanced with the 62-48 victory and effectively ended what was an incredible season by the Lady Panthers.

Coach Graves commented on the final game by saying, “I’m really proud of our girls. We didn’t end the season when and where we wanted to, but we still had an amazing season. Today, we just had too many mistakes. Not that we played bad, but against a really good team like Delta, you have to keep the mistakes to a minimum, and today we just had too many.”

Dinkins led the way offensively with 19 points and also collected six rebounds. Ayers was the next highest contributor with 12 points and led the team in assists and steals with five and two, respectively. Drew Gayle had the highest rebound tally with seven, and in her final game, the lone Senior Megan Lashley, had four points, two assists, two rebounds and a block. However, the big contributors to the loss were the team’s 15 turnovers and 2-of-13 shooting from three-point range. Still, it was a gutsy effort by a very talented team.

That loss was only the second for South Iron all season and they have nothing to hang their heads about after this 2021-22 performance. During the course of the year they won the Valley Invitational Tournament, Park Hills Central Christmas Tournament, Black River League Season Championship and a sixth consecutive District Championship. This was also the fourth consecutive season reaching the Quarterfinal game of the State Tournament.

Look out next year though folks, as South Iron will return almost their entire roster and will have to be considered a favorite for the State Championship heading into next season. With Lashley being the only graduating player, her Coach had a few words to say about her tenure as a Lady Panther.

“Megan has been an instrumental piece in the success of the Lady Panthers program. Megan was a team-first player, worked very hard and brought a sense of balance and consistency that will be difficult to replace. As much as we hate to see her move on, we are very proud to have had her, and know that she will go on to do great things.”

Thoughtful words from a dedicated Head Coach that you can bet will have his Panthers ready to roar next season. Congrats to all the players and staff on a remarkable year.