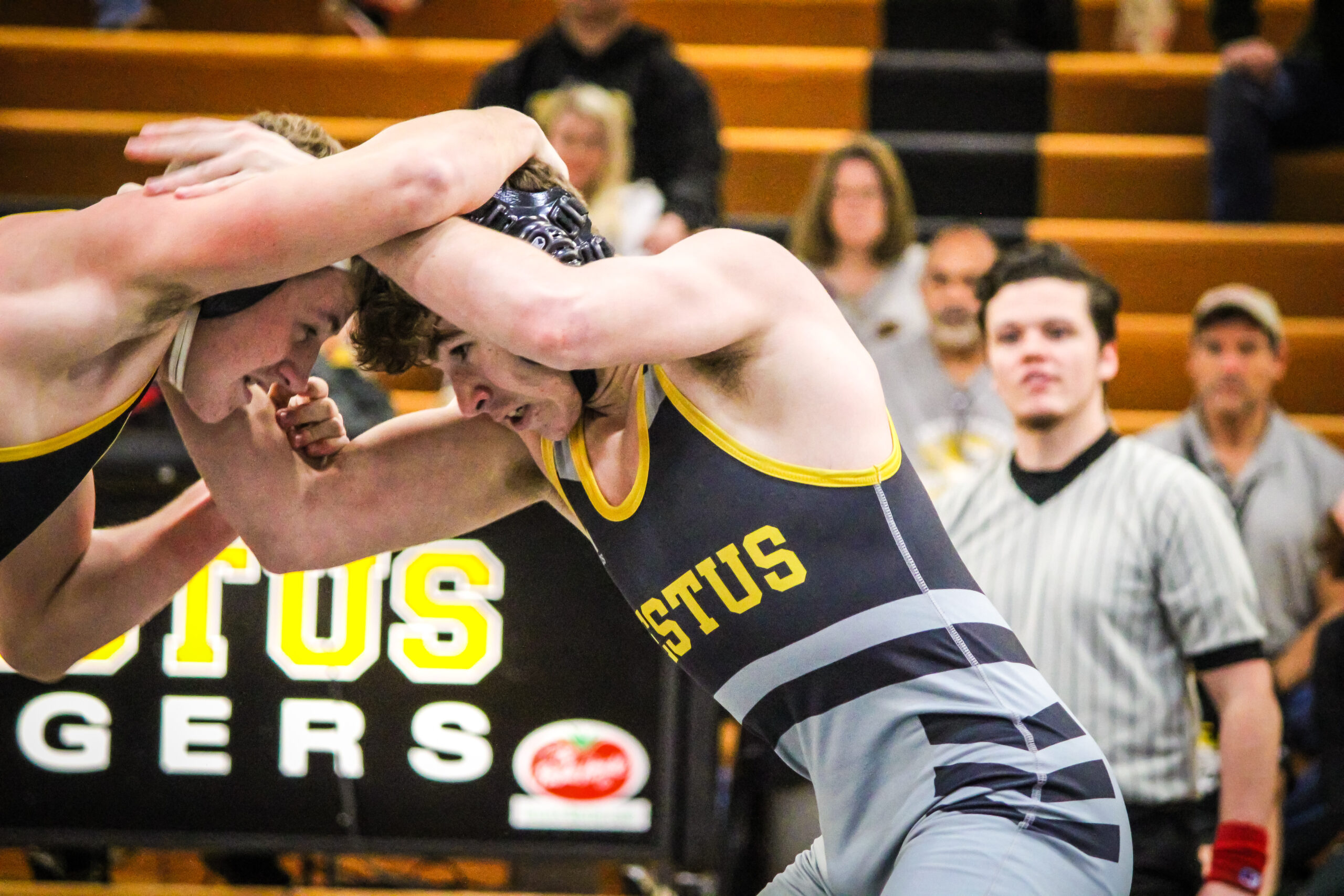 The Festus Wrestling team brings home hardware from the District Tournament, including one Gold, three Silvers and a Bronze Medal, as five Tigers will now compete at the State Tournament.

It has been a long and grueling season for the members of the Festus High School Varsity Wrestling team. These few grapplers have battled everything from injury stints to covid cancellations and inclement weather, but have continued to fight onward in an effort to earn their way onto the podium on the grandest stage of them all, the MO State Tournament. To make it to the final dance, the Festus wrestlers needed first advance through the Class 3 District 1 Tournament and finish in the top four of their bracket.

The girls team entered four wrestlers into the tournament. First up for the Tigers was the fifth seed, Junior LeeAnn Dobbs, who came into the tournament with a 25-5 record at the 100lb. weight class. Dobbs started off strong by beating the fourth seed in the opening round. She then followed that up by defeating the number one seed, Eureka’s Lily McCollum, in overtime. This was quite the feat as Dobbs had been beaten by McCollum in all three of their previous matches. Dobbs, however, lost her final match 3-1, but still took home the Silver Medal, qualifying her for State.

Up next for the Tigers was unseeded 105lb. wrestler Sarah Gazaway. Facing the number two seed in the opener, Gazaway had her hands full, but was victorious and able to advance to the semifinals. Unfortunately, she lost that match and was moved to the consolation bracket where she lost her first match 7-4, ending her season.

Coming in with a dominant 27-2 record, Senior and 115lb. wrestler Kirsten Klein entered as the number one seed, and certainly showed why it was a deserved ranking. Klein pinned her way through the tournament en route to becoming a two-time district champion, bringing home the Gold Medal and advancing to the State Tournament.

The last female grappler was Junior Lauren Mills, the team’s 130lb. competitor. Mills entered the tournament with an incredible 31-3 record and fought her way to the finals, where she lost to the number one ranked wrestler in the state. Mills lost 6-0, but still brought home the Silver Medal and will wrestle at State.

The Festus Boys Team entered districts with three wrestlers receiving top six rankings. Senior Austin Neff entered as a six seed with a 26-10 record. The 126lb. grappler faced a tough bracket, having already lost to the one, three and four seeds ahead of him this season. However, he knocked off the number three seed in the opening round, but then lost in the semifinals and was bumped to the consolation bracket where he won an overtime victory over the five seed. He then pinned his opponent in the third place match to bring home the Bronze Medal and advance to State.

Entering unseeded at 152lbs. was Lucas Mercurio. Unfortunately, he lost his first match, which pushed him into the consolation bracket. He won his first two matches there, but lost in the semifinals to the number six ranked wrestler in the state and did not advance.

The next Tiger wrestler was Peyton Shaver. As only a Freshman, Shaver earned the second seed in his bracket with his impressive 43-6 record. Wrestling at 160lbs., he pinned his first two opponents, and then beat Ethan Turner from Farmington in the semifinals in a hard fought 4-3 victory. He then went on to lose to the number one seed, Eddie Hines from Hillsboro, to take home the Silver Medal, qualifying him for State.

In total, Festus qualified five wrestlers for the pinnacle tournament of the season, and will continue to fight in an effort to bring home more hardware for the Tigers. These five grapplers will now prepare both mentally and physically for what may be the toughest test of their wrestling career, the MO State Tournament.