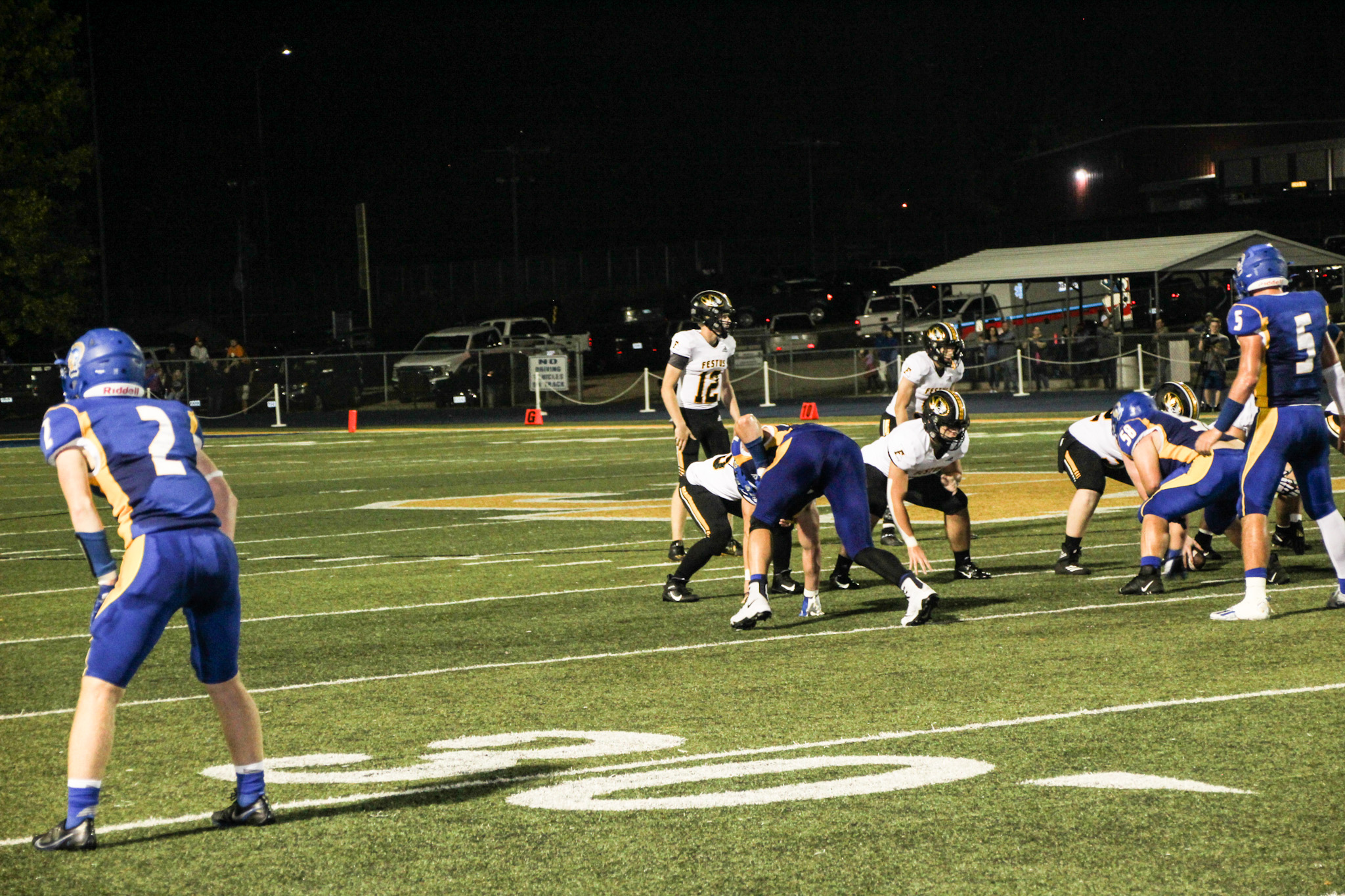 The Festus Tigers Varsity Football squad drops their second straight, as another late-game defeat sees them fall to 3-3 on the season. This time it was the North County Raiders coming away with the 41-35 win.

Despite a valiant fourth quarter comeback, the Festus Tigers Varsity Football team dropped their second straight heart-breaker on Friday as they fell to the North County Raiders 41-35. The Tigers dropped to 3-3 on the season and all three losses have been fourth-quarter missteps by six points or less.

The game started ugly as the Raiders ripped off TD runs of five and 53 yards in the first quarter to go up 14-0 after the first 12 minutes. They piled it on again with another running play, this one for an 11-yard score in the beginning of the second quarter.

However, down 21-0, the Tigers got to work. Quarterback Cole Rickermann hooked up with Landen Yates for a 27-yard strike at the nine minute mark of the second, and that TD rejuvenated the offense. Bruising running back Kaian Roberts-Day then sliced through the Raider defense with a 55-yard run that found pay dirt, and suddenly the Tigers were back in the game 21-14.

The Festus offense wasn’t done though. As time expired in the half, Rickermann hooked up with Eric Ruess for a 14-yard bullet, and when the clock hit zeros the game was all knotted up at 21 apiece. What looked like a blowout had turned into a shootout, and the Tigers went into the break with all the momentum.

The third quarter was a defensive standoff, but North County finally broke through with another touchdown run. This time for three yards, and the Raiders found themselves up 27-21 with 12 minutes left to play. The fourth quarter opened with yet another rushing score by North County and just like that Festus had another hole to crawl out of.

Cue Rickermann. The Tigers signal caller found WR Isaac Stucke for a 13-yard TD that trimmed the score to 33-28 and Festus was right back in it. Not three minutes later though the Raiders punched one in from the one yard line and stretched their lead to 41-28. The Tigers mounted yet another comeback, this time it was Rickermann using his legs to rush one in from eight yards out, but the North County defense closed the door after that… until the waining moments. The Festus offense had one more impressive drive down the field, but with no time outs and the clock about to expire Rickermann had just one last chance for glory. A perfect pass to the back corner of the end zone appeared to be completed, but the ball hit the turf and the officials ruled it incomplete. Festus fell 41-35.

Despite the loss, Rickermann was fantastic once again going 13-of-21 for 210 yards and four TDs (three through the air and one on the ground). His leading receiver was Stucke, who caught four balls for 79 yards and a score. Arhmad Branch had four catches as well for 52 yards and Yates had three for 67 and a TD.

When asked about the team’s performance and his connection with his QB, Stucke said, “the success between Cole and I is a biproduct of the work we put in during the week before the game and the connection we have. What I took away from the game, and the game against Hillsboro, is that we are completely capable of winning every game. Coming back from 21-0 is a big task and cleaning some things up on both sides of the ball will ensure us finishing out the season strong.”

The air attack was prominent once again in this one, as is Festus’ M.O., but Roberts-Day had a fine performance on the ground, turning just six carries into 98 yards and a touchdown. As for the defense, they didn’t have an answer for North County’s rushing attack. All six Raider touchdowns came on the ground and the Tigers couldn’t keep their big backs out of the end zone.

Now back at .500 for the season, Festus will try to rebound next week against the Pacific Indians, in what should be a winnable game. The Tigers will be back on their home field, and the Indians have won just two games this season, so the chances of getting back in the black seem favorable.