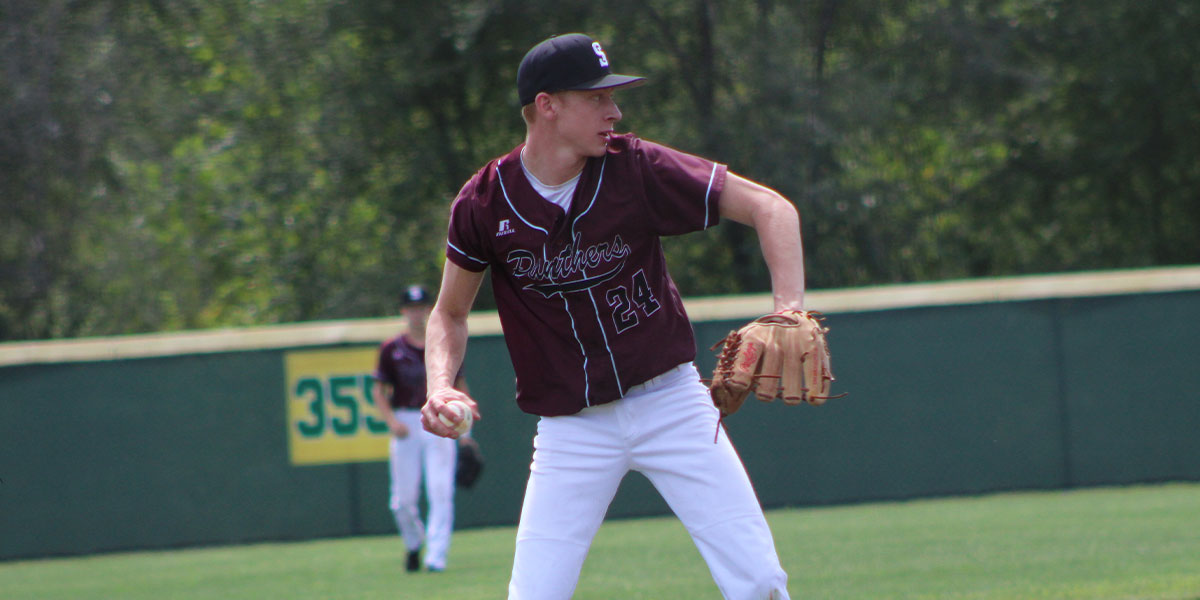 The South Iron Panthers Varsity Baseball team’s season comes to an end with a 10-8 loss to the Norwood Pirates in the Sectional Round of the State Playoffs. The Panthers end the season 17-5.

The South Iron Panthers Varsity Baseball team’s season came to an end with a loss to the Norwood Pirates 10-8 in the Sectional Round of the State Playoffs on Monday.

It was a high scoring affair, and neither side waited around to score. The Panthers got things started in the top of the first when Lucas Lunyou hit an RBI single that brought Brock Wakefield in to score. However, Norwood countered that with a three-run rally in their half of the first and left the inning ahead 3-1.

The Pirates wouldn’t stop there. They loaded the bases to start the second inning and they teed off. A walk, three consecutive singles and an error led to five more runs in the second. Norwood took an 8-1 lead.

The Panthers began to battle back in the top of the fifth. Drenin Dinkins hit a single that scored Brodie Miller. Two batters later, Joel Poston was hit by a pitch that pushed another run across the plate. Dinkins and Cody Hughes each found their way home to score in the inning as well. They cut the Norwood lead to 8-5.

The Pirates added on to their lead again in the bottom of the fifth with a two RBI single that put them ahead 10-5. South Iron prepared for their final comeback attempt in the top of the seventh. Hunter Kelley hit an RBI single that scored Hughes. The Pirates walked the next two batters that forced two runs home and cut the lead to 10-8. However, that was all the offense the Panthers could come up with. Norwood slammed the door and sent South Iron home for good.

Wakefield led the team with three hits. He was 3-5 with two runs scored. Dinkins and Lunyou each had two hits, one run scored and one RBI. Hughes was 1-2 with two walks and scored two runs. Lewis, Kelley and Miller all recorded one hit as well.

Dinkins, Lewis and Wakefield all made appearances on the mound. Dinkins allowed three runs on four hits. Lewis surrendered two runs on one hit. Wakefield gave up five runs on seven hits and struck out five batters.

Despite the loss, the Panthers had one of the better years in recent memory. They finished the year 17-5 and won the first District Championship in the school’s history. This group left a legacy behind that will be remembered and hopefully improved upon in the future.