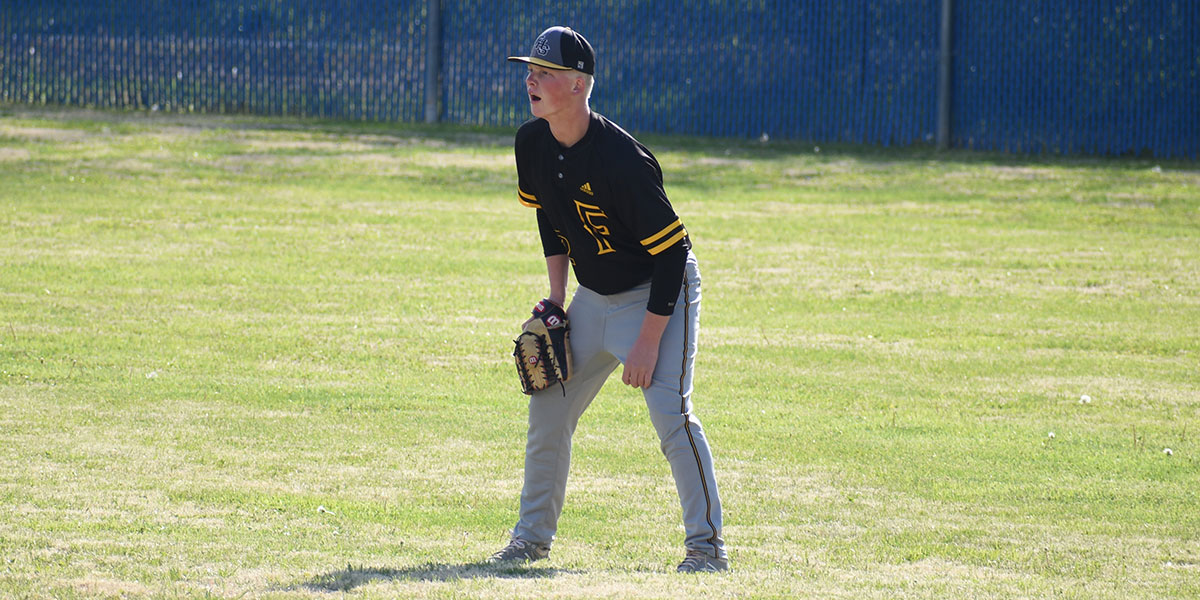 The Festus Tigers Varsity Baseball team beat the De Soto Dragons and advance to the Class Five District One District Championship game. They take on Cape Notre Dame in the district championship on Saturday, May 22nd.

The Festus Tigers Varsity Baseball team advanced to the District Championship with a 3-0 win over the De Soto Dragons on Thursday. The Tigers are 8-2 against the Dragons dating back to 2014.

The Tigers beat Sikeston to advance to this game and face off against the 20-6 De Soto Dragons. It didn’t take long for Festus to put themselves on the board.

Laine Axtetter started the top of the second with a leadoff double. He then advanced to third on a wild pitch before coming in to score on a ground ball hit by Connor Hulsey. Ian Brown drew a walk and Wyatt Huskey smashed a double to keep the rally going. Two batters later, Collin Reando drove a single into center field that brought both Ethan Carroll and Huskey in to score. Festus led 3-0.

That was the big inning the Tigers needed. Brown started the game on the mound and kept De Soto quiet throughout the entire game. Festus secured the 3-0 victory, improved to 14-14 and advanced to the Class Five District One District Championship.

“The guys did a great job of having a lot of energy throughout the game,” Cole Wagner said. “We’re also playing some of the best ball we’ve played all year.”

Brown went the distance on the mound. He threw 93 pitches in seven innings, allowed four hits and struck out seven batters.

“Ian could throw and rely on us, making his job much easier,” Reando said. “We had some great plays that allowed us to win it.”

The Tigers have caught a wave of momentum at the exact time they needed it. Each win extends their season even further and a loss sends them home for good. Festus runs up against Cape Notre Dame on Saturday, May 22nd with a Class Five District One Championship on the line.