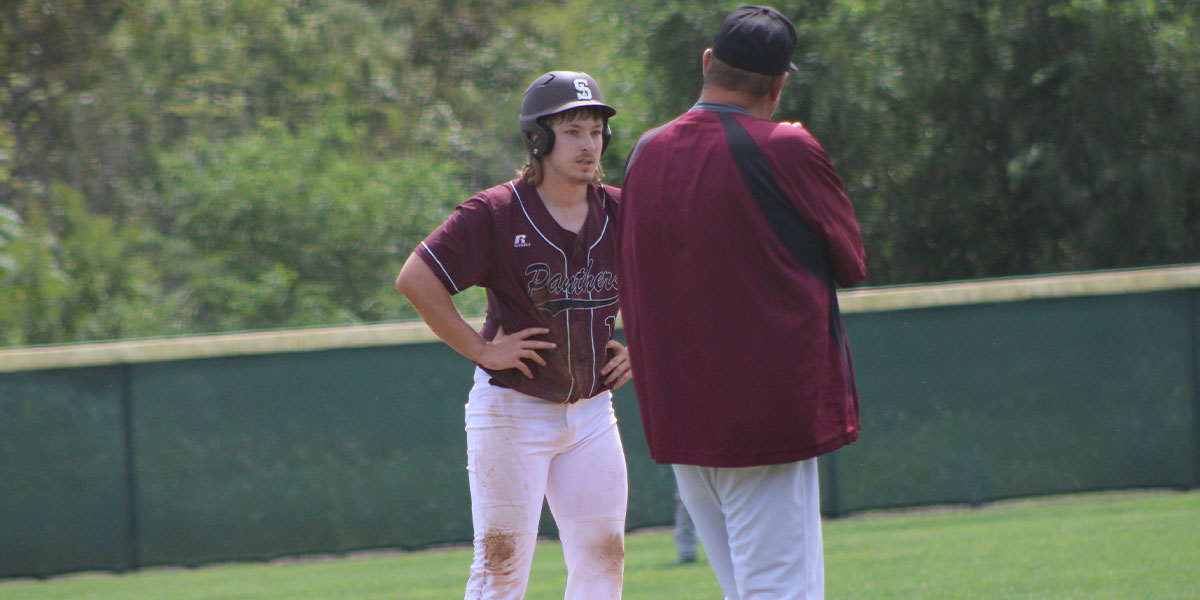 The South Iron Panthers blast the Lesterville Bearcats 13-2 for their fourth win in a row. The Panthers now look dead ahead to the Black River League Conference Tournament that begins on Monday, April 26th.

The South Iron Panthers Varsity Baseball team blew past the Lesterville Bearcats 13-2 on Thursday. The Panthers are 3-1 against the Bearcats dating back to 2018.

South Iron had no issues pushing runs across the plate in this one, and they got things started early. Drenin Dinkins drew a walk in the Panthers’ second at-bat of the game. Cody Hughes immediately blasted a two-run home run to left field that gave his team the initial lead.

The Panthers put together another rally in the top of the third. It was Hughes again doing the damage when he knocked in Brock Wakefield on a single to go up 3-0. Joel Poston followed that up with a sacrifice bunt that scored a run. Harley Lewis and Hunter Kelley each had RBI singles before the inning ended. South Iron was ahead 6-0.

They picked up where they left off in the fourth inning. Hughes picked up another RBI to start things off. Two batters later, Lewis was hit by a pitch that brought a run home. Lucas Lunyou hit a two RBI single the next at-bat that put South Iron ahead by double digits.

The Panthers capped off the blowout in the top of the fifth. Hughes yet again hit a double that brought two runs home. Gabe Ruble followed that up with an RBI single that put South Iron ahead 13-0. Lesterville found a way to score two runs in the bottom of the fifth, but it was not near enough to overcome the Panthers’ lead. South Iron won 13-2 for their fourth straight win.

Wakefield complimented his team’s approach at the plate after the win.

“We did a better job of putting runs together,” he said. “We had some guys who were hot at the plate and really helped fuel our offense.”

“Everyone was getting on base by either hitting or walking,” Dinkins said. “That helped us get some runs. Our pitching did a really great job as well.”

The Panthers now sit at 12-3 and have won their last four games. They’ll look to carry some of this momentum into the Black River League Conference Tournament that begins on Monday, April 26th.