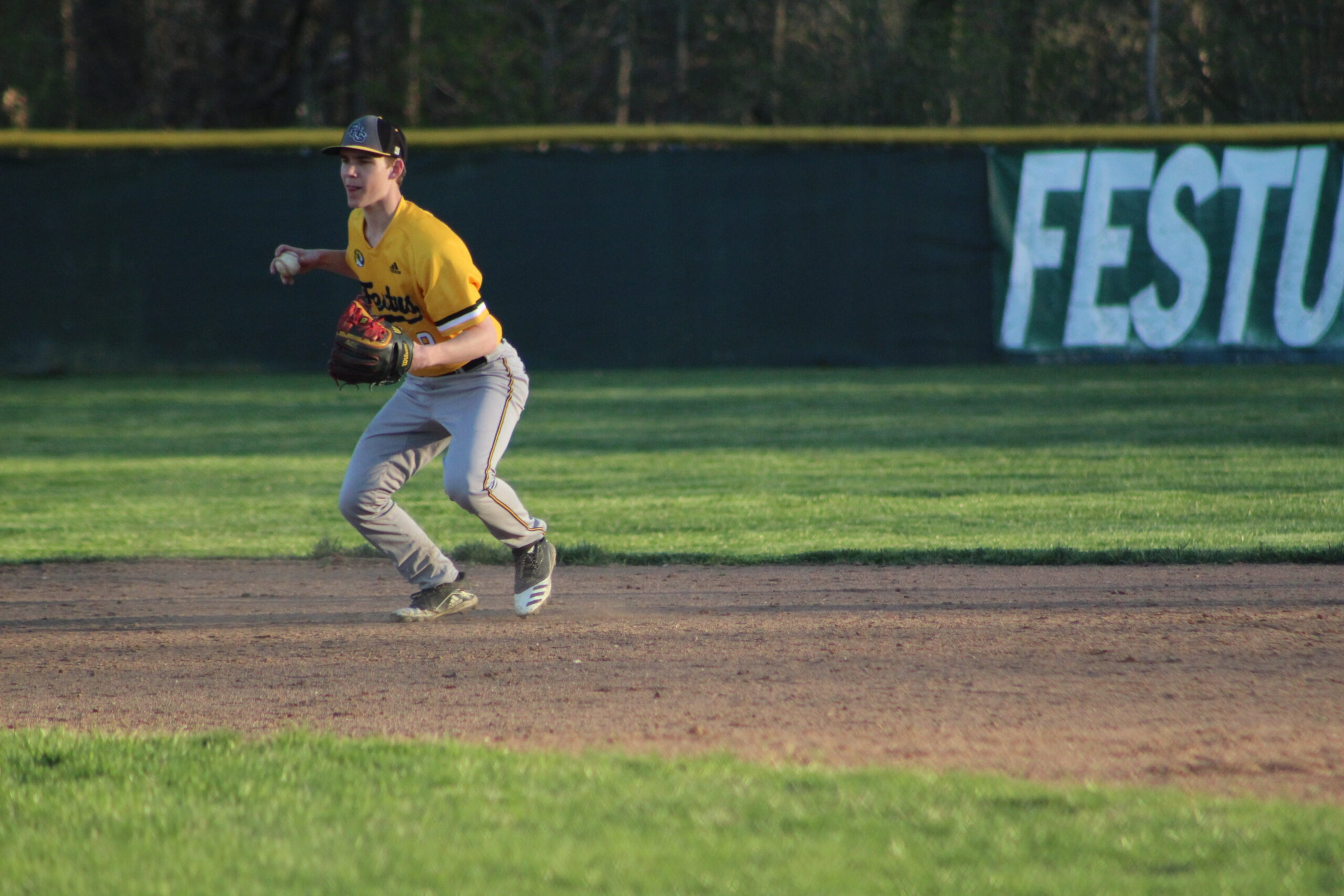 The Festus Tigers Junior Varsity Baseball team beats Farmington twice in their double-header on Saturday to move to 3-1 on the season. The JV Tigers are back in action Monday, March 29th against Central.

The Tigers bats were alive, well and on display the entire day Saturday. The first game of the double-header saw the Tigers score 11 runs, while shutting out the Knights. Trenton Young got things going in the first inning for the Tigers with an RBI-single that scored Hayden Bates.

It wasn’t until the second inning that the real damage was done. Tyler Reece drew a walk that scored Will Reese to start the rally. Then, Bates drew a walk the next at-bat that scored Austin Medley. Later in the inning, Brayden Montgomery hit a two-RBI single and extended Festus’ lead to 5-0.

The Tigers weren’t done piling it on though. Reece sparked another rally in the third inning with an RBI-double. One batter later, Bates hit an RBI-single that brought in Henry Roux. Reece eventually came around to score, and Montgomery singled in a run as well. Festus left their half of the third up 9-0.

The Tigers added two more runs and shut out Farmington to secure the 11-0 win. Festus outhit the Knights 14-1. Medley, Bates and Montgomery all had three hits in the game. Montgomery had three RBIs to lead the team. Reece and Bates each had two RBIs.

“We’ve been swinging the bats pretty well,” Bates said after the win.

If one blowout win wasn’t enough, two should do the trick. Farmington didn’t have much better luck in the second game of the double-header. The Tigers’ bats continued to make them pay.

The Knights did however strike first when they scored on a passed ball in the first inning. Festus quickly evened up the score in the second when Farmington walked in a run.

The third inning saw what could be compared to the Knights’ worst nightmare. After walking two batters to help load the bases, Farmington walked in another run that gave Festus the lead. Then, Carter White was hit by a pitch that scored a run. The very next batter, Festus drew yet another walk that scored Cole Skaggs and put them up 4-1.

The lid blew off from there. Reece smoked a two-RBI double into centerfield. Just after, Bates, Young and Montgomery all had hits that resulted in at least one RBI. Skaggs and Fox picked up an RBI as well before the inning ended. Festus saw ten straight batters enter the box without recording an out. They scored another run in the fourth inning that sealed the deal. Farmington scored three in the fifth but ultimately couldn’t overcome that detrimental third inning. Festus won 13-4.

Bates led the team with three hits and tied for the team lead in RBIs with two. Fox, Young and Reece all had two RBIs as well. Roux and Montgomery each picked up two hits, and overall, Festus outhit Farmington 11-1.

Young started the game on the mound. He threw 64 pitches through four innings and struck out nine batters. White pitched an inning in relief and allowed only one earned run.

Festus has won three straight games since losing their first game of the season. This team is 3-1 and has a lot of success to build off of in a young season.

“Our offense and fielding have been great the past couple of games,” Medley said.

The Tigers are going to do their best to keep the momentum rolling. Their next test will be Monday, March 29th against Park Hills Central.