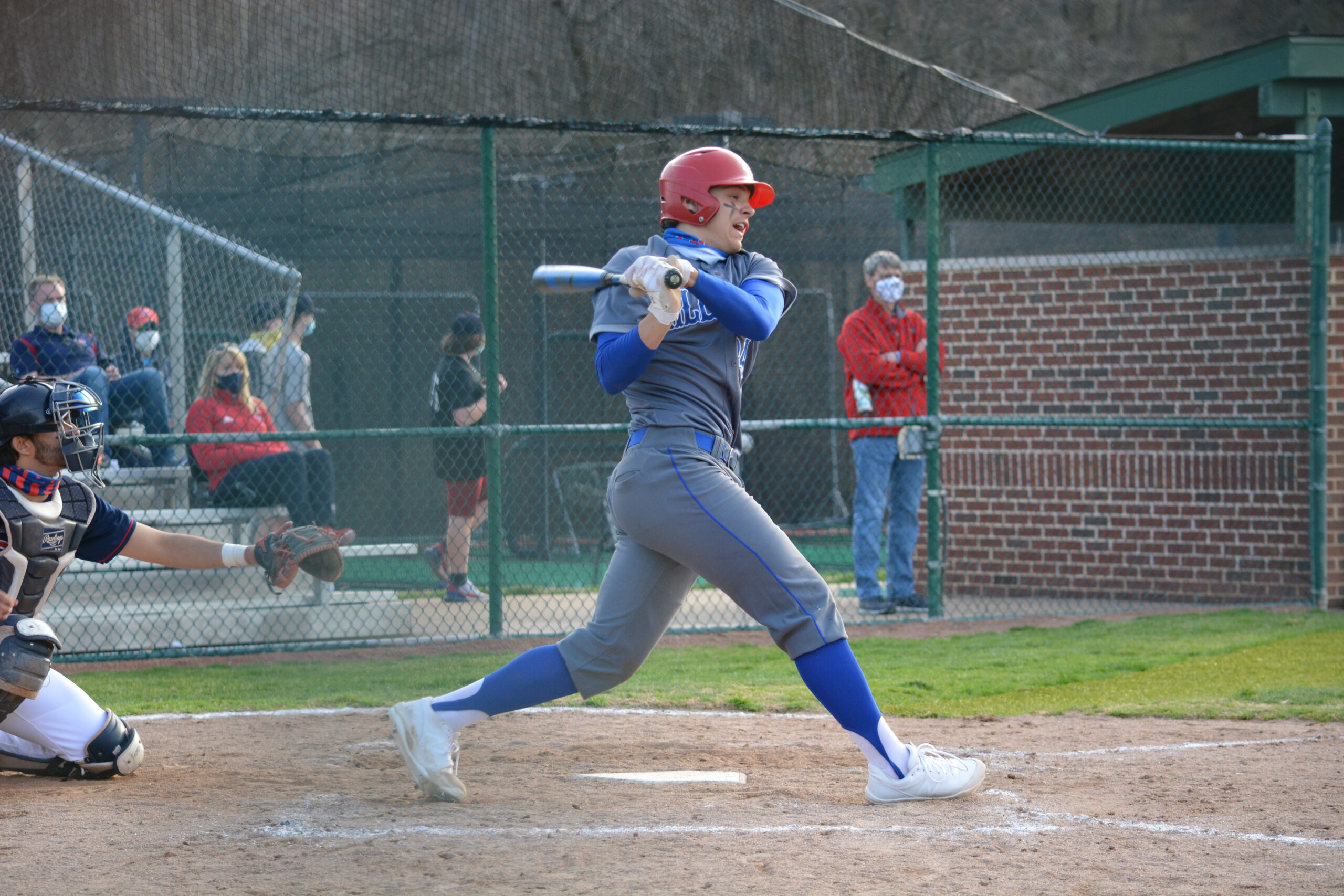 The Hillsboro Hawks Varsity Baseball team get stung in the first inning, but mount a valiant comeback. Sadly it falls just short and they lose 6-4 to Parkway Central.

The Hillsboro Hawks Varsity Baseball team came up just short against the Parkway Central Colts on Friday March 26th, losing 6-4. After falling behind 6-0 in the first inning, the Hawks mounted an impressive comeback, but couldn’t get over they hump as they saw their record fall to 0-3 on the young season.

Control was an issue, as three of those six first-inning runs were walked in, and four reached base on a walk. However, as we have come to expect from the Hawks, they did not just roll over and die. The second inning began with back-to-back-to-back hit by pitches, which was a promising start. Andrew Brody and Ben Schamburg would go on to score on a sacrifice fly struck by Zach Whaley and a single roped by Gabe King respectively.

The the Hawks’ credit, Hillsboro did not allow a run the rest of the game. Starting pitcher Austin Romaine retired the Colts in order in the second, thanks in no small part to catcher Jase Stewart who threw out a runner attempting to steal second.

The Hawks again capitalized on Parkway Central’s mistakes in the third inning. Schamburg scored a run when he reached base on an error, advanced to second when Arnold walked, reached third on another error and then scampered home on a wild pitch. This cut the deficit to 6-3 entering the bottom of the third.

Romaine then struck out the side in the order in the third, which was a fantastic way to end his afternoon. He went three innings, allowing six runs on three hits while striking out five. Eli Epley and Andrew Chaves entered the game from the bullpen, throwing two and two-thirds innings and a third of an inning, respectively.

Brody scored the final Hillsboro run of the afternoon, again capitalizing on Parkway Central’s mistakes when he reached base on a walk, but the comeback stopped there.

“The first inning was rough, but after that we just continued to fight an actually made it a game,” said Head Coach Kevin Lucas. “I think Romaine just had some first start jitters but really settled in and did a great job [in] the second and third innings. He has a lot of potential and I’m excited to see him build off how we finished.”

“We really seem to be getting more comfortable in all aspects of the game,” Schamburg said when asked about his team’s performance. And it’s hard to disagree. The scorecard shows a team that had one bad inning, and was very competitive the rest of the game.

Lucas feels the same way, saying, “I was very pleased with the fact [that] we never gave up and turned it into a game. It would have been very easy for us to have just rolled over, but we didn’t. Starting out 0-3 isn’t how we hoped to start, but hopefully we can build off the things we are doing and get things going.”

Hillsboro’s next matchup is the home opener against St. Clair Wednesday March 31st.