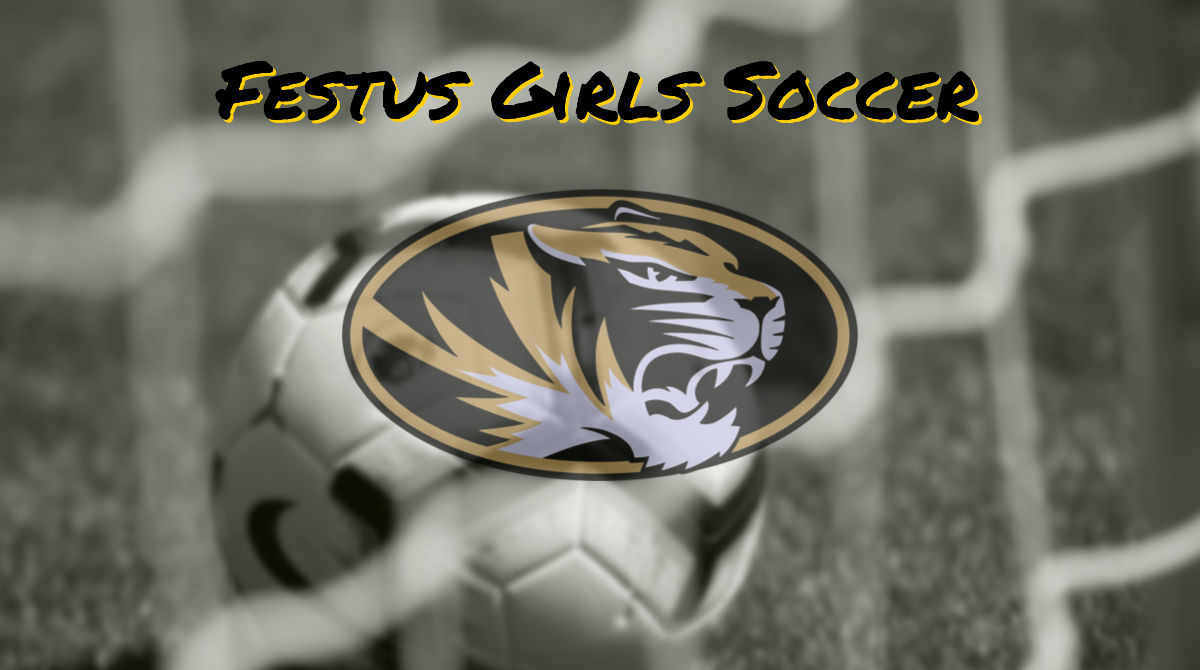 The Festus Lady Tigers Soccer team prepares to kick it into high gear this season. They have a strong group of returning upperclassmen and a solid crop of youngsters that will play a big role.

When the first center-off happens, the Festus Tigers Girls Varsity Soccer team will be ready to attack. The Tigers are excited to play, the coach is excited to lead and everyone is excited that soccer is back. Head Coach Caleb Zustiak said, “The team only won two games in 2019, but we have a great combination of experience and youth, and that means we have the ability to play well and develop.”

Zustiak commented on his expectations for the 2021 season. He said, “This season’s goals are to develop the foundations for future success in the program and to make more noise than expected in our conference and district.” He continued, “I expect us to be an improving threat as the season progresses and the players to learn to work with each other within the structure of our formation.”

Some of the top athletes that Zustiak believes will make an impact are Juniors Lillie Williams, Emily Holt and Alayna Erxleben, and Sophomore Jersey Moonier. Zustiak commented, “Emily is our striker and aggressively works to gain the ball and move into positions of attacking threat. She is quick, finds good spaces, and has a very strong shot. Lillie and Jersey are our attacking midfielders and both have extensive soccer experience. Lillie has great foot skill, isn’t afraid of physical play and directs our team on the field. She has a great eye for passes and works selflessly for the team.” He went on to say,  “Jersey also has great foot skill and is an attacking threat with both her left and right shot. She has incisive passes to attacking players and a great understanding of the game.”

Defensively these girls will also be contributing. “Alayna is our goalie and defensive midfielder and is equally adept in both positions. She directs the defense much like Lillie directs our offense and breaks up attacks from the opposition with good timing, anticipation and tough plays on the ball. She is an essential part of our defense,” said Zustiak.

The team’s offense is already doing well in practice, and appears to be coming together nicely, which Zustiak believes will be one of his team’s strengths. He said, “Emily, Lillie, and Jersey have a great sense of finding each other ,and Freshman Caitlynn Johnson and Jocelynn Yates are learning to work well with them from wing positions. These girls should be an offensive threat to most teams and, given time, they can work out scoring opportunities from a variety of areas.”

The defense also appears to be solid. Zustiak noted, “Our defense will also do very well, but has fewer experienced players so there will be a learning curve for many of the players that are on Varsity for the first time.” He added, “Freshman Riley Vogel is already making an impact and Sophomore Summer Sansoucie will be doing excellent work reading the field and covering open runs. I am lucky to have excellent athletes on defense, but learning to work together, provide coverage and reading the field will take some time for my newer players.”

Other players that Zustiak is taking note of are Gretchen Burkard and Emma Horsley. “They will anchor our midfield and protect the back line. Neither player had soccer experience as Freshman, but as Seniors they have developed into essential parts of our formation. They have a high work rate, look for intelligent passes and break up attacking play from the opposing team.”

Zustiak also noted Sophomore Danielle Dickerson. He said, “She will also be an important part of our development this year. She has good soccer experience and reads the field well. She is able to slot in at midfield or defense and provide coverage when needed and has an excellent attitude and work ethic.”

Zustiak then commented on Maddie McHawes, Karleigh Bayer and Marli McHawes. He said, “These girls have already put great effort into learning their defensive positions and Zoe Erxleben and Mady Geiler are excellent Freshman goalies that will give us the ability to get Alayna onto the field and into play more often. I wouldn’t always trust a Freshman in goal at the Varsity level but these girls are doing great work in that position.”

The season is officially on. The team is primed and ready to go. Now, let’s go play some soccer!