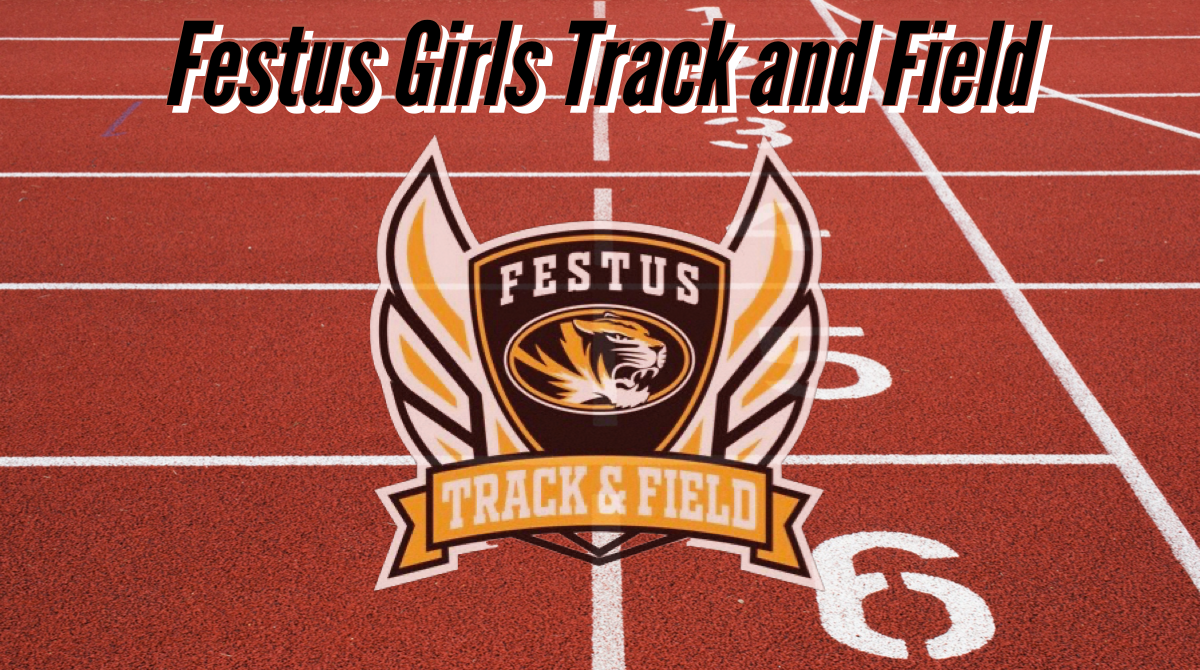 The Festus Tigers Girls Track and Field team plan to be on the leader board when the dust clears after a much anticipated COVID-free season of competition on the track.

As the Spring athletic season opens soon, the Festus Tigers Girls Track team prepares to take a strong first step. Head Coach Wesley Armbruster is not only grateful to have a season, he believes his team is ready for action. Armbruster commented, “First of all, we are thankful to be having a season. There were lots of tears from our 2020 seniors who, along with our 2019 seniors, worked to change the path of our program. This 2021 group is not taking anything for granted and we hope to open strong.”

It was a rough 2020 for everyone, and Armbruster wants to reinforce a positive mindset. He said, “By focusing on pushing each other to become the best we can be, our team will become the best it can be. We don’t know how our best will stack up with everyone else’s, but we are very confident in our group and the direction of our program.”

Armbruster believes that the strength of his squad will be their drive, and said, “We have talented athletes in each of our event groups, but through the early weeks, we have seen them buy into the vision of becoming something special. We will have to overcome our lack of experience to get there.”

Pointing out some of his top athletes in different events, Armbruster commented, “Our sprints/jump/hurdles group will be lead by Alexis Biehle. She has put in a great off-season and is the tone-setter for the group.” He continued, “She is joined by a veteran group that includes Izzy Spicer, My’Kaila Batee, Ava McKinney, Sophie Nolen, Presley Perry, Ella Shy and Emma Harris. We also have high expectations for three Freshmen in this group: Angela Bloodworth, Delaney Willis, and Gabbi Burkard.”

In the distance events, Armbruster sees three leaders, and commented, “We will be lead by Demi White, Dari White and Allison Faerber. They were three of our top runners this cross country season and we expect them to set the example for our younger athletes.” He added, “Molly McDaniel is also expected to be a major contributor for us as she now appears to be over some nagging injuries that have set her back. Like the sprint group, the distance group has some young, unproven runners that in time will leave a mark, including Madison Caskatnett, Ava Leftwich, Liv Barnett and Lauren Hartman.”

The Tigers are excited for their group of throwers. Armbruster noted, “The throwers are seeing major growth each week. Taylor McMillin and Lily Brickhaus lead the way, with two young throwers closing the gap in Ciara McDonald and Kayla Roberts-Day.” He went on, “The pole vault requires a unique skill set, but we are very fortunate to have some talented athletes. Abbie Rogers, Nolen and Shy look to continue the success in that event for us.”

One particular athlete Armbruster mentioned was Kinsey Benack. He said, “Benack was among the top returning sprinters in class four. She’s ranked in the preseason top 25 in both the 100m and the 200m, but had a major setback this past September when she underwent ACL surgery. Despite the setback, Kinsey is serving as one of our captains for 2021 and will find a way to impact our team this season.”

Undeterred by the strength of the competition, Armbruster said, “Our area is full of great programs, great athletes and excellent coaches. This naturally creates a very competitive schedule. We aren’t focused so much on what teams will be where or circling any specific meet. We are simply excited to once again have the opportunity to compete.”